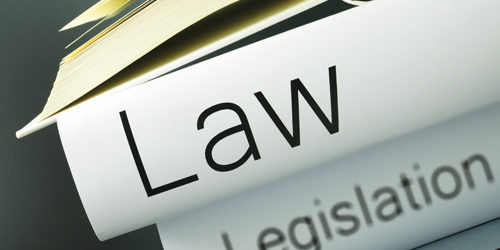 The Supreme Court has ruled that the Employment Tribunal fee system, introduced in 2013, is unlawful and that with immediate effect individuals will no longer have to pay issue or hearing fees to bring a claim in the tribunals. Tony Hyams-Parish, Partner and Head of Employment at RB, explains the impact that this ruling will have on employers.

The Employment Tribunals and the Employment Appeal Tribunals Fees Order 2013, which was introduced by the coalition government, has been ruled as being unlawful. The reasoning behind the introduction of fees was to reduce the number of malicious and weak cases being brought by individuals against employers. The introduction of fees led to a 70% reduction in claims being brought.

In reaching its decision, the Court commented on the contrast between the level of fees in a tribunal and the small claims court, where it is substantially cheaper to bring a small value claim. It also concluded that the role of an elected Parliament is to put laws in place to give certain rights, therefore a system that prevents access to individuals to enforce those rights is unlawful. The same issues applies to rights and claims deriving from EU law.

The Court stated that whether or not a person could afford the Employment Tribunal fees was not the only consideration, the system also blocked access for those where it did not make economic sense to pursue a valid claim. For example, a person pursuing a claim for unpaid wages of £500 would have to pay a £390 fee. Without any guarantee of success, or of getting the fee reimbursed, or of getting awarded the full value of their claim, or of the employer actually paying the full sum awarded, few individuals would risk paying the fee. Therefore the fee system effectively prevented access to justice.

In addition to the fees no longer being payable, the Government has confirmed that they will reimburse all fees paid from the introduction of the order. While this addresses the issue in the short term, there will now be question marks over a number of other areas, in particular:

What happens to the large number of individuals who have been denied access to justice over the past four years?

Will employers who paid compensation that included a sum in respect of the fees receive reimbursement?

If an individual paid the fees but their claim was then settled, with part of the settlement covering the fees paid, when the individual is reimbursed will the employer be able to claim anything back?

What does this mean for employers?

Although it is very early days and the legal consequences of the Supreme Court’s judgment will take some time to unravel, the existing law is that the three month time limit for bringing an Employment Tribunal claim can be extended if it was not reasonably practicable for the individual to present the claim in time. Therefore if someone can establish that the fees were the factor that meant they did not progress their claim, the logical conclusion would be that it was not reasonably practicable for that person to comply with the three month time limit. Individuals in that category will need to act quickly now that the fees are no longer in place, however it is possible that a flood of claims from the past four years could arrive.

It has not yet been announced how the reimbursement of fees will logistically work, however it is likely that it will be operated by the Government and a review of those fees paid by claimants being automatically reimbursed, and those paid by employers under judgments being reimbursed following a manual trawl through judgments where compensation was awarded.

The position with regard to fees paid as part of a settlement may be more difficult to define as this was a voluntary payment and agreement between the parties and it is not anticipated that employers would receive anything back from the Government in this case. However employers in this category should review the wording of their settlement agreements in case the wording allows scope to reclaim anything from the individual if they receive a reimbursement.

The largest concern for most employers will be the potential impact on new claims going forward. If the introduction of fees resulted in a 70% drop in claims, it is more than likely that employers will start to receive more claims now that the fees are no longer in place.

If you would like to understand more about the implications of this case or would like to discuss how RB can help to protect your business from claims, please contact Tony Hyams-Parish by emailing Tony at ahyamsparsih@rawlisonbutler. com or by calling him on 01293 558544 or speaking to your usual contact in our Employment Team. In addition, our fixed cost Vantage service helps businesses to prevent claims from arising and gives protection in the event that they do. Please contact us if you would like further details of a service tailored to your needs.