READ NEXT
A Quiet Success Story 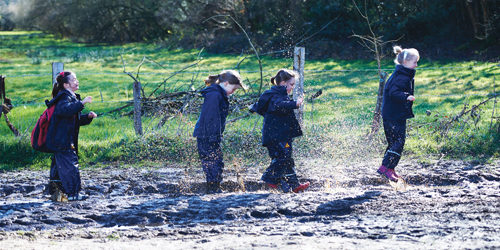 As we grow older, some of us form opinions about the various systems that affect our lives on a daily basis. Type system into Wikipedia and you will get a list of hundreds if not thousands of systems that humans have created - real or abstract - to help us understand and deal with what otherwise might confound us. The education system is one such example, albeit in its nursery years compared to erm … the solar system.

I recently stumbled upon a wonderful independent article by Derek Gillard (2011) titled, Education in England: a brief history. A fantastic resource for the uninitiated educational historian, the overarching opinion that crystalised in my mind was how utterly complex it all is. He demonstrates how England’s education system has both shaped and been shaped by other systems; social, political and financial being the most prominent.

I would have to agree with his conclusion, that England’s history of publically funded education is a “sad story” of missed opportunities, and I do concur with the comments of his proponents that state the mainstream choice you and I have between two mutually exclusive systems: that of public education (maintained sector) and the forces of the ‘free’ market (independent sector). However, that is where we part company, the divergence being that both education systems actually complement each other – we don’t have to have one or the other!

Privately educated, but having worked in the corporate world and both education sectors, and sending my children to supposedly outstanding OFSTED primary and secondary maintained schools, I have a reasonable idea of both systems. So, my considered approach is live and let live and the distinction I draw is all about the pace of evolution within a system.

In the ideal world we all get access to what we want, when we want with zero outlay of our time and effort – save for pleasurable pursuits. For over a hundred years (in most cases), independent schools and their leaders have surfed the wave of neoliberalism, archiving experience of how to please their spectrum of stakeholders. Compared to the behemoth that is government-centric, publically funded education answerable to the slow, complex and often misguided pace of modern democracy, private schools are like Mohammed Ali; floating like a butterfly, stinging like a bee. They’re not exempt from government control but if I had the money, I would have sent my children to private school for this reason alone! The other reason is that it works; highlighted by the 2012 Sutton Trust report.

At this point, supporters of free education for all will generally raise their hands in abject disbelief. Stop, breath, look around and we notice that the same people are using their money instead to invest in things. No-one earning a middle combined income would argue that they don’t value/invest in things that buy them precious time – it is the same for independent education. And don’t forget that parents who send their children to private schools are paying both the fees and the tax that pays, in part, for the education of those who simply cannot afford it.

At this juncture, I should back-off a little. Biennially, RSAcademics Ltd and Coutts produce their Ten Trends survey. The survey confirms the widely held opinion that access to independent schools is increasingly prohibited by cost. Whereas, once upon a time, 14% of the British population had the potential to access independent education, it is now down to 7%. Of course, this reflects the growing gap between the richest 1% and the rest of us – a global issue that definitely needs curtailing - but it places a huge environmental pressure on independent schools.

This is especially true of stand-alone Prep Schools such as Great Walstead. I can instantly think of four Prep Schools within 15 miles of Great Walstead that have closed down in the last five years, whilst independent senior schools have used their considerable resources to prop up others who are struggling. For the stand-alone Prep School then, relinquishing its independence to the forces of the market may seem like a forgone conclusion, inevitable. Except, that is where evolution plays its joker card.

In his international best-seller ‘Thinking, Fast and Slow’ (2011), Daniel Kahneman (Nobel prize-winner in economics, 2002), reminds us of the fact that humans often overestimate what can be achieved in any given timeframe due to a lack of facts upon which to base decisions, a detail that is exacerbated by complex systems like politics and globalised economics.

We could purport that this gives the stand-alone Prep School, like any small business, a niche to exploit if they can evolve to fill it. Staying close to the facts, crunching the details and taking a meticulous approach to customer satisfaction is what we have been doing for a hundred years. We know our customers intimately, we talk to them every day, we are entrusted with the future of their most prized possession, their children. We care, we act and we adapt, we evolve and we do it quickly otherwise we don’t survive; we are an extension of the family unit. Our very presence in the market is a sign of success in itself and where would the government be if we weren’t here? I’ll leave that discussion for another time.

Great Walstead is changing. A new Head, Chris Calvey, has been appointed for September, after an exhaustive search involving every stakeholder in the school’s community. We are used to evolving and are confident that this step represents another positive phase in the continued success of Great Walstead; as our supportive governors coined the phrase, we are moving from ‘platform to prize’.

A new working farm built on the principles of permaculture, situated in the picturesque walled Victorian kitchen garden, provides children with endless academic and practical life-learning opportunities. A new after-school care building launches in October to provide an even better environment and flexibility for busy working parents. Our fees are being kept as low as possible, a 1% rise this year compared with the industry average of 3.5%, and we continue to enhance our charitable status by supporting our families and local community as much as possible, giving back as much as possible where we can.

Hopefully, the government and business will intervene enough to raise standards of education across the system without the need for centralised micro-management and the slow evolution that typifies it. There are so many good teachers out there who can inspire the thinking of our human future and we need to give them a chance. Mr Gillman highlights the need for teaching to be returned to the profession that it is, in line with doctors and lawyers and I agree. Until then, Great Walstead will continue to learn from its mistakes and snap-up opportunities that benefit the most precious of human systems, the family.