READ NEXT
Brexit: Our future in their hands 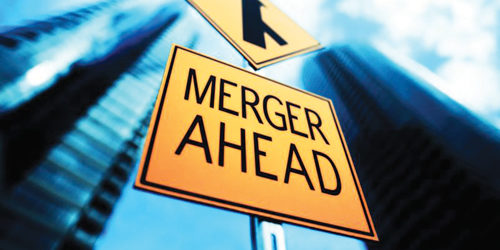 In the Queen’s speech of June this year, the Government set out its plans to deal with the United Kingdom’s decision to leave the European Union. This involves setting up an independent trade policy to manage life after Brexit.

There has been much debate on the merits of a ‘hard’ and ‘soft’ Brexit and many options have been considered. This includes looking at the merits of a Customs Union or Free Trade Agreement. The fallout of these discussions which must be completed by March 2019 leaves businesses in the UK and the South East in a peculiar position. That is, we don’t yet know the economic fallout or the economic position during this transition.

How does that stack up in relation to business confidence? We have seen a slowdown in the housing market this year, which is often an indicator of how the economy will fare in future months. However, there has also been a modest rise in growth of 0.3% in the second quarter of 2017 which has pushed the pound up against other currencies.

In order to test business confidence we asked a number of business leaders in the South East about they felt about their company’s chances for growth and security over the next year. The results may surprise you!

What does this show? A high number of those surveyed were surprisingly optimistic about their own company’s prospects over the next 12 months, in particular when it comes to employing more people and paying them more. Part of this was based on existing and expected contracts and short term levels of demand. Others had introduced new products and services which had been successful over the past year and which were forecasted to do well in 2018. This positivity is supported by the high numbers who were looking to increase revenue and profitability next year as well as increase salaries for staff.

However, 68% of those surveyed had no business plan and only 45% of those surveyed had a succession plan in place. This implied that there could be a lack of realism in some of the survey’s answers if you think about the potential unknown economic situation. Also, according to the survey’s results, without the current Managing Director or CEO in charge there may not be a robust leadership team to cope with an economic downturn.

With the exception of Brexit, when people were asked what they would consider their biggest company challenge in the next year, the answers included:

This type of feedback does raise some of the key challenges for businesses, some of which the Government are looking at and which will affect our trading relations with EU partners as well as EU residents living and working in the UK. It includes:

With this in mind you would expect many companies who took part in our survey to be either cautious or pessimistic. However, what is interesting about the results is that they are more optimistic than the British Chambers of Commerce predictions and that of a study by the Harvard Kennedy School (in conjunction with the Policy Institute at King’s). The latter stated that the Government and individual companies tend to ‘exaggerate the opportunities and downplay the risks’ of leaving the EU.

The number of companies who reported an increase in sales in the UK has fallen since 2015. With this in mind the results of our survey show that while confidence is high among many companies in the South East there are some areas that business leaders might want to review and tighten up.

These areas include sales revenue and profit forecasts, risk assessment, business planning and succession planning. But what is a positive element to the results is the confidence that many business leaders feel in relation to Brexit and the possible options it entails for the British economy. With this in mind, it bodes well for the future!