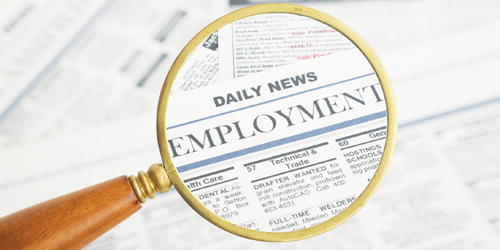 So what’s prompted this change of heart, barely a year after the MPC cut the Bank Rate? The two most important factors are inflation and the labour market.

Inflation is currently 2.9%, some way above the MPC’s target of 2%. In normal times that overshoot itself would be reason enough to raise rates, but these are far from normal times.

The weakness of sterling has pushed up prices of imported goods, artificially raising inflation. Measures of domestically generated inflation are far weaker, so it isn’t inflation today that’s bothering the MPC, but what it expects to happen to prices in the future.

To understand its fears there you have to turn to the labour market.

Plunging unemployment is obviously a good thing but the recent history of the UK’s labour market has been all work and no pay. Unemployment is at a 40 year low of 4.3% across the UK, and an even more staggering 3.2% in the South East. And yet the rewards are meagre. Pay growth is barely above 2% and a long way below inflation. This is what the MPC expects to change.

Job growth is so strong that the Bank of England thinks a pay rise is coming. It expects that to turn into inflation in short order, keeping inflation above target long after the exchange rate impact fades. That’s what its forecasts say, at least.

But we have been here before. Mark Carney brought “forward guidance” to the Bank of England. His predecessor, Mervyn King, always refused to talk about what he might do in the future so Carney’s attempts to guide people’s expectations are still a fairly young experiment. The MPC is careful never to make any promises, but that didn’t stop the Treasury Select Committee comparing Carney’s commentary to an “unreliable boyfriend”.

So will this time prove different? Only time will tell, but it is peculiar that 10 years on from the start of the financial crisis the MPC should be so keen to pre-empt an acceleration of wages and get in ahead of any domestic price pressure. Average wages today are worth less than they were back in 2008 in real terms, it’s hard to see how raising interest rates is going to help with that.

Over half of the respondents to the latest NatWest Entrepreneurship Monitor believe that the South East and London are the best places to start a business. However, across the country only 17% of people think now is a good time to start a business, hitting a record low. The NatWest report also shows the proportion of people wanting to start their own business has dropped from 39% to 14% since the UK voted to leave the EU.

The reasons range from less people believing that they have the ability and skills to set up their own business - dropping from 42% to 36%; a feeling that it is too risky – 34%; and fear of failure - 58%.

Encouragingly, young people are much more likely to want to start up their own business. However, this desire is not being turned into action as the ambition gap in young people is almost double that of the general population – 20% compared to 12%. Results show they are also much more likely to perceive barriers to starting up, are concerned more about risk, failure, accessing start-up money and not having the right skills.

Against this backdrop, and two years on from the hugely successful launch of the Brighton Entrepreneurial Spark hub, NatWest has opened the doors of its Regents House innovation centre in Angel to London’s first ESpark hub, the world’s largest free business accelerator. The hub will be home to more than 100 of the capital’s most inspiring entrepreneurs, who will be given free office space and facilities, business advice, entrepreneurial enabling support and access to business and support networks.