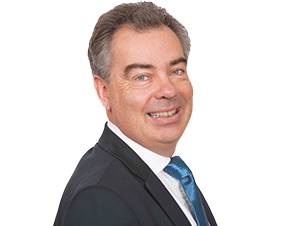 We have a digitally reliant economy in the South East. There will be winners and losers as a result of Brexit, and amongst the winners will be the global market, particularly technology.

READ NEXT
The Last Media Mogul 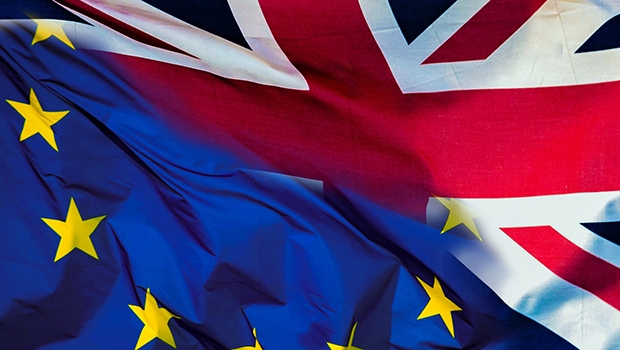 We are lucky in that Sussex is a vibrant county with a rapidly growing population and a thriving business community in sectors such as construction, technology, manufacturing, wholesale trade, retail, tourism and shipping.

Many large businesses are based in the county including American Express in Brighton, The Body Shop in Littlehampton, Bowers & Wilkins in Worthing, Hastings Direct Insurance in Bexhill, Ricardo Plc in Shoreham-on-Sea, Rolls-Royce Motor Cars at Goodwood, Thales UK in Crawley, and Gatwick Airport, one of the busiest airports in the UK, carrying 46 million passengers to 220 destinations each year.

The effect Brexit will have is largely down to the trading relationships which are in place on the day that the UK leaves the EU, but it is possible for businesses to pre-empt and plan to a certain extent.

It is important that we promote and send out a strong message to our customers and suppliers that we as a region are still open for business, and are ready regardless of what is happening elsewhere.

As a result of Brexit everything is likely to change, particularly customs arrangements and access to the Single Market.

It is important to make the distinction between ‘access to’ and ‘membership of’ the Single Market. Many countries have ‘access to’ the EU’s Single Market, either through agreed tariffs at the World Trade Organisation or via a Free Trade Agreement. However, the only countries which have full membership of the Single Market, which entails the liberalised movement of goods, services, people and capital (the ‘Four Freedoms’), secured through common rules interpreted by the European Court of Justice (CJEU) are EU Member States.

The European Economic Area (EEA) States only enjoy partial membership, because the EEA agreement does not include a customs union. Turkey’s inclusion in a customs union with the EU does not entail the free movement of services, people or capital. Fundamentally, full membership of the Single Market is predicated upon acceptance of all Four Freedoms.

This principle is in tension with the Government’s commitment to maintaining liberalised trade with the EU, while also curbing the free movement of people and the reach of the Court of Justice of the European Union. Businesses will need help with how to source materials, goods and services in the event of new trade tariffs.

The manufacturing sector is particularly at risk from the effects of Brexit. There will be a greater need for businesses to start exporting more and to think outside of the EU. Businesses may want to prepare now by adopting online and digital accounting services to make the process easier. It is also important for them to understand international currencies trading and online trading, to reduce risk.

Another perhaps unforeseen impact has been an increase in mergers and takeovers by international companies, who are taking advantage of the UK’s lower exchange rates and this is likely to continue.

Reducing risk is the key objective moving forwards, so businesses need to concentrate on clear practical plans and to look at a variety of scenarios.

As a region, the challenge for local and national government is to help the coastal towns. Economic policies need to be joined up in their thinking to extend the benefit to coastal towns. It is important that they don’t continue to be or become areas of deprivation. There has already been a big slowdown in inward investment which isn’t helping these areas. Economic growth and development of Sussex and in particular cities like Brighton, which is less than one hour from London, is critical to ensure a bright future for local business and its’ inhabitants.

On the upside, we have a digitally reliant economy in the South East. There will be winners and losers as a result of Brexit, and amongst the winners will be the global market, particularly technology. Change creates opportunities, particularly those that create wealth. As a region, we need to develop resources to make the most of and succeed in these new opportunities.

Business confidence in the wider South East of England remains low as businesses adopt a ‘wait and see’ approach to Brexit, according to surveys conducted by the Institute of Chartered Accountants of England and Wales (ICAEW).

We analysed the ICAEW’s Q3 Business Confidence Monitor data for the South East, and the Q4 data for England and Wales, as part of shaping the advice and support we give to our clients across the region.

The quarterly ICAEW Business Confidence Monitor, a survey of 1,000 chartered accountants in business leadership roles, reports that business confidence in the South East has fallen into negative territory, despite a backdrop of improved sales and profits.

Highlights from the survey include:

• Domestic sales and exports are expected to grow by 3.5-4% in the year ahead.

• Sales growth is up 4.8% year-on-year in South East, but slowing in London.

• Input prices, such as raw materials and fuel, are growing significantly faster than last year at 3% this quarter (in the South East) compared to 0.9% in Q3 2016.

• Regulatory requirements are proving to be increasing challenges for business.

On the face of it, businesses look to be doing well, with particular gains in work in the manufacturing and transport and storage sectors: turnover, growth, profits and expenditure are all increasing.

Yet businesses say that they are less confident today about the future than they were earlier in the year. The successes businesses in the South East are reporting in this survey are likely to be due to the planning and activity of businesses over the past 12-18 months. The fall in confidence is based on hopes and fears for the coming 12 months.

Businesses crave certainty, where they can control costs, such as wages and protect profits. For many, the recent sudden weakening in Sterling is making future planning and investment hard.

Brexit will inevitably lead to us being a more self-contained nation and there is a time adjustment for this to happen. Businesses for now need to keep calm, carry on and plan, as there is little more that they can do!

Andrew Griggs is Senior Partner at Kreston Reeves, accountants, business and financial advisers, and can be reached at
andrew.griggs@krestonreeves.com