One thing that does stand out is how planted it feels on the road, especially the motorway, making it feel like a much bigger and heavier car.

READ NEXT
Shake Hands in Madrid 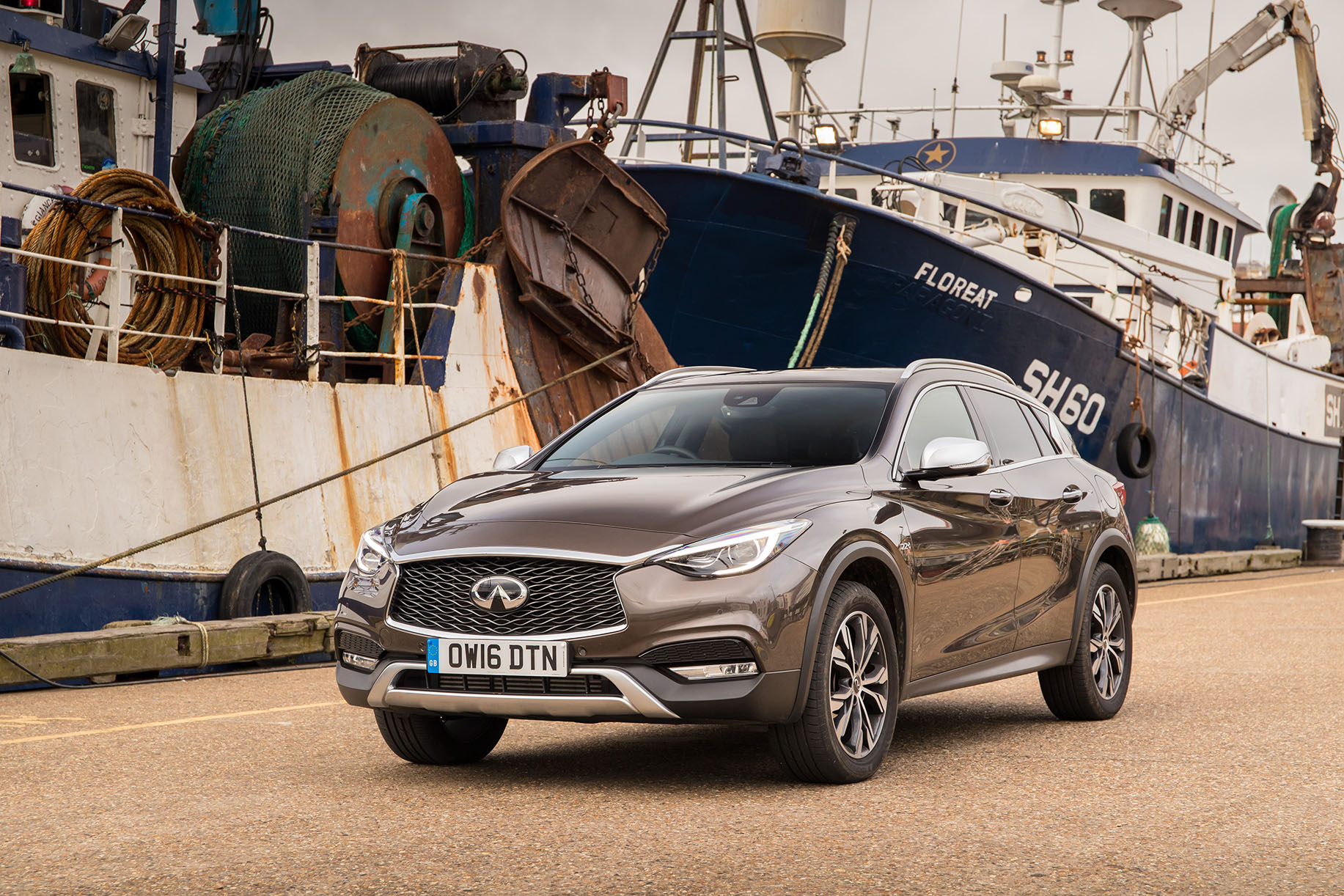 We are awash with cute compact SUV’s, some great and some horrendous monstrosities that should never have been born. I am thinking of the Vauxhall Mokka, or the Mokka Shocker as l call it every time l see one.

Nissan’s premium Infiniti QX30 is not one of those but rather a competent and well put together SUV that ensures you sit high in the traffic, have four-wheel drive offering assurance that you can get anywhere anytime.

This is a derivative of the Q30 hatchback, itself based on the Mercedes A class, but it is jacked up by 30mm and comes with two engine choices, a 211bhp 2.0-litre petrol and a 170bhp 2.2-litre diesel and both come with four-wheel drive and seven-speed due clutch auto box. It drives just like the hatchback, which is a plus, and gives no hint of the 4x4 capabilities of the car. It is not the fastest thing in the world but then it is not designed to be fast but rather practice and functional. It doesn’t like hard corners as the body rolls around like a drunken sailor and if you leave it in Eco mode, it is smooth and fairly responsive. Pop it into Sport and you get more power and stability but it becomes a little like a frenzied teenager on poppers as it try’s to dash through the gears - quite good fun but not terribly relaxing.

One thing that does stand out is how planted it feels on the road, especially the motorway, making it feel like a much bigger and heavier car. I took my hands off the wheel at 70mph on the M23 and it tracked perfectly for as long as l was brave - it could of been a £100,000 off-roader.

Interior space is not great and is beaten by the Audi Q2, Q3 and the Mini Countryman but then it is quieter and rides better than all of them. Front passengers will have no complaint about the space but it’s a slightly different story in the back which is quite cramped and for those over 6ft, you will have your knees up by your ears. I went on a long journey with the kids in the back and they had no complaints but then they are 12 and 14 years old - l would not have wanted to be in the backfor a long journey unless the front passenger was Ronnie Corbett.

The interior layout is good although the radio is not terribly intuitive but it comes with quite a good array of standard kit, such as satnav, heated seats, parking sensors, climate and cruise and a host of connectivity and safety features. The leather is very good quality and well put together and there is definitely a sweeping design to the dash that nods to the new Mercs.

Visibility is a tad poor with the front pillars raked back causing some blind spots and the narrow rear screen doesn’t help. The parking sensors are a mandatory requirement but you have to go up to the Premium Tech to get a reversing camera and blind spot warning and you might regret it if you don’t tick that option box.

It does well in the company car tax brackets and is economical enough and achieved five stars on the NCAP crash tests. The best point about it that you will be in quite rare company in the sea of German metal in the car park and that’s no bad thing. Infiniti is relatively new to the UK market and is still establishing itself and if you want something that stands out against the others, this is a decent option.