How to get things done

Drop the achievement rush of firing off responses and juggling multiple low value tasks, pull on your big-person clothes and put that brain to work on high value strategy.

READ NEXT
What's in a Name? 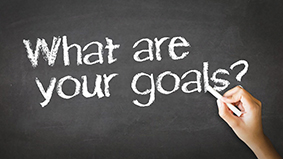 One month in from setting all those ambitious goals for 2018, a number of you will already be failing. There are two places to look to for the reason: one, you have set the goals incorrectly and/or two, you haven’t made the time and devoted the attention to achieving them.

Most people don’t have a problem in setting challenging goals. Setting easier goals isn’t a problem either by the way, they just don’t maximise performance. Whether you’re really committed to, or believe in your ability to achieve the goal is another matter. In fact, ‘self-efficacy’, the psychology terminology for self belief, is one of the most frequently used concepts in goal setting science.

So, assuming the goal setting is correct, why the failure? Time and attention. If you don’t give something effective time and attention it fails. This is where we get into an interesting area. The business bookshelves are replete with productivity and ‘getting things done’ types of books. Why don’t we just read these and act?

Simple. Because we’re not machines. We’re fleshy, emotional creatures that procrastinate, self-talk our way out of doing things and unconsciously allow emotionally-led ‘reasons’ for not acting dominate us.

How do we overcome this? With great difficulty because we’re trying to get that very same emotional creature to be self-aware and intervene. However, becoming aware of the emotional mechanics behind each productivity tip is a start:

Eat the ugly frog first - Brian Tracy is the silver-fox pin-up boy of personal development. He’s spot on when he argues we will be super-productive if we do the most difficult/scary task each day first. Most of us have the tendency to do everything else but eat the ugly frog. We know this, but don’t do it because it feels hard, and we don’t like hard. Recognise this and make it a habit. You can’t open your email or attend a meeting without eating a frog. Piggyback on the existing bad habit.

Shallow on-ramps - You can’t drive straight onto a motorway, you have to use the slip road or on-ramp. Same with car trains or ferries. Recognise that part of your procrastination on a big task is because it’s too big a jump from here to there. Work out how to build a shallow on-ramp task which gets you into the main task without fazing you.

The time, task and energy three-way batching - Experts will push you to wake earlier to get more done. Sleep science has proven that there are such things as early birds and night owls. A level of sophistication is to recognise that certain types of task are better done when your brain is firing on all its creative cylinders, whilst other tasks can be batched to be done when you’re feeling relatively brain-dead.

Remember that your energy is finite, yet your brain does little to differentiate between writing a robust response email to a whingeing client and working on the next stage of your product strategy. When it’s gone it’s gone (for the day/until your next sleep) so spend it on the tasks that deserve it.

80/20 your time - Reverse Pareto’s logic that 80% of the effect comes from 20% of the causes and squeeze the low value distracting stuff into 20% of your time. Got an hour suddenly free because a meeting is cancelled? Spend the first 20% (12 minutes!) on an emergency issue scan of your inbox and the remaining 48 minutes on that product strategy.

Trick yourself into starting - Just open the blank document, type the heading and the first thoughts that come to your head about that presentation you need to give. You’ll notice a funny thing happen. The lump of procrastination in the middle of your chest will shift slightly, and suddenly you’ll be typing the next set of thoughts. Even if you stop at that point, when you next come back to work on the document you’ll find it a lot easier to get going again.

Distractions are for children - Really, you’re a senior business leader and you still have email alerts popping up, messages dinging and multiple windows/applications open? Drop the achievement rush of firing off responses and juggling multiple low value tasks, pull on your big-person clothes and put that brain to work on high value strategy.

Satisfice - A frankenword of satisfy and suffice, it’s a cognitive shortcut you can practice to achieve an acceptable outcome, rather than over-engineering or over-delivering. Make time for the important goals by satisficing the unimportant. Why write a paragraph in response to an email if a sentence would suffice? Why attend the whole meeting if you only need to be there for 10 minutes to get/say what you need and then leave everyone else to get on with it?

One of the best ways to get more productive is to get radical with your responses to your emotional fallibilities. You’re not a logical, efficient robot, you’re a fleshy emotional mess masquerading as a leader; face this reality and you make your life a lot easier.

Si Conroy specialises in helping business owners remove their blockers to profitable business growth; be they strategy, marketing & sales, people, finance or systems/process. Trained at PwC and owner of www.ScarletMonday.com and
www.ConstantMentor.com, Si also practices what he preaches across a number of businesses in which he has invested.