Georgia Adams - Cricket in the Blood

I don’t think there is enough interest in the longer format yet, which is a shame because I know the England girls love the Ashes and would love to play more Test cricket.

READ NEXT
Skills Summit highlights the value of diversity 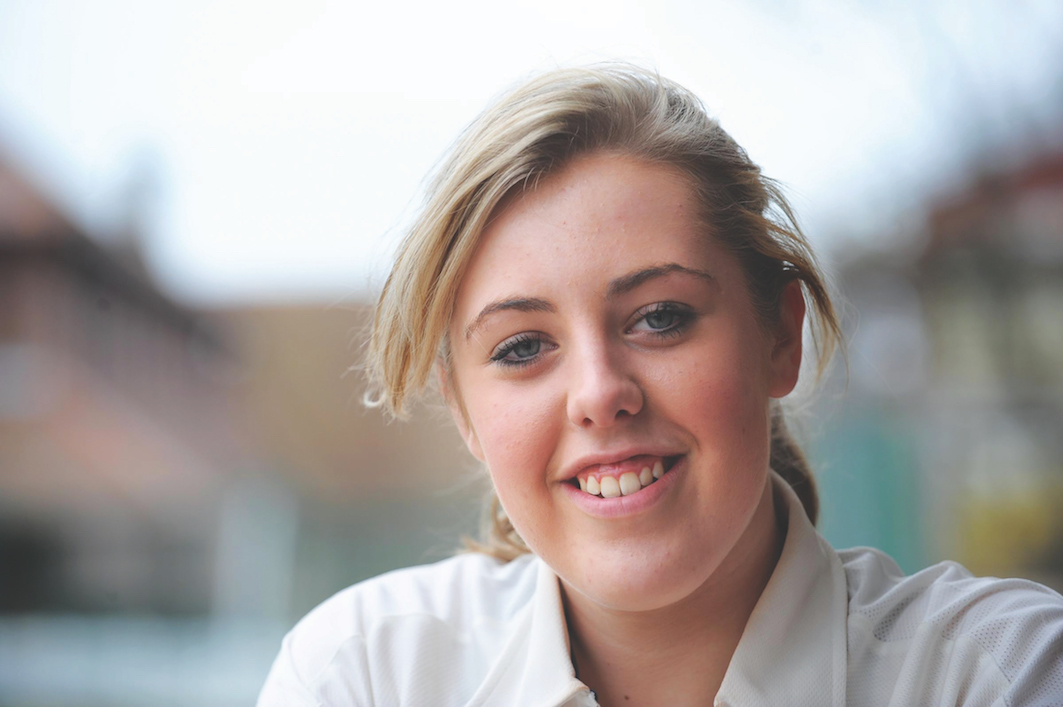 What’s your view on the how women’s T20 cricket has improved?

I think it’s grown massively, probably three years ago, 120 or 130 total runs won you the game nine times out of ten, but I don’t think you can get away with that now. To feel comfortable as the batting team now, you’d want to get 160/170 which shows just how much its changed - 120 is simply not enough anymore!

This is down to a combination of players getting better, a bigger pool of players to choose from as the game’s grown and better training at the top. I’m incredibly proud of the group of youngsters that we’ve got at Sussex. The girls work very hard, but we don’t make a living from it, it’s more of a hobby at county level, but we still train like professionals. Plus, the size of the boundaries has also reduced.

Mark Robinson (the England Women’s coach and former Sussex Men’s coach) is keen on shortening the boundaries to bring more sixes into the game and ‘Robbo’ has put a big stamp on fitness and physicality to compete at the highest level as well because there is a level of expectation with fielding now. Bringing the boundaries in for the women is a brilliant move, because it gives players more confidence to clear the fielders and feel more positive. I was fortunate to be asked up to England camp recently and they’ve been practicing power hitting and learning the technique rather than just giving the ball a good whack!

How much emphasis do you find is placed on the shorter format of the game?

It’s massive… in county cricket we only play the white ball game (limited overs cricket). I don’t think there is enough interest in the longer format yet, which is a shame because I know the England girls love the Ashes and would love to play more Test cricket. It would be great if we could see more in the future.

Has the gap between men’s and women’s cricket shortened?

Women’s cricket out in Australia is huge but in this country the ECB can only give so much to the counties to set things up because there are so many counties. In Oz there’s only eight state teams so they get more money. Women’s cricket is really growing though and T20 is just booming now as people want to watch more of it.

Kids see the batters doing all sorts of strokes and the bowlers bowling balls out of the back of their hand and they want to learn that. I know they’re trying to reinvent four-day cricket with the county system, playing under lights and day/night Test cricket which I think is a great move, so it’ll be interesting to see over the next couple of years whether it works.

When England won the World Cup, it elevated women’s cricket ten-fold and of course the England women are playing South Africa in Sussex this year, a sign then of how well things have progressed at Hove?

When Rob Andrew (CEO) came in I had a couple of meetings with him as captain and his vision of being at the forefront of women’s cricket at Sussex was what I wanted to hear. We are so lucky with the facilities that we have here which I don’t think any other women’s county has, so we can’t really ask for any more. I think Hove is a brilliant venue for the England girls to play at because it’s not too big or overwhelming. You can fill it with a good crowd and get a great atmosphere but I’m very biased because it’s my favourite ground to play in

Let’s talk about Sussex - 3rd in the T20s last year, but unfortunately relegated last season after being 3rd in 2015 and 2nd in 2016. How tough will it be to bounce back this season?

It was a bit of an eye opener, but I think we have a brilliant group of young players here. Sussex always seem to develop brilliant and talented young cricketers. There’s always been two to four Sussex juniors in the England Academy. But the problem we’ve had is that over five or six years we were a very experienced team, especially when I first broke in to the side, with six England players at the time. Gradually each year we lost those players so slowly the experience filtered out.

Losing players like Holly Colvin who was our leading wicket taker and Arran Brindle who I don’t remember ever getting out, meant our younger players were having to take up the reins. I don’t think anyone stood up and took that opportunity, including myself. I had an awful season and then there were players in and out while some were doing exams. However, I think it gives us a great opportunity to rebuild. If we were able to put out our strongest team last year I believe we would have won the Championship! Being relegated will give the girls a chance to improve at the lower level and then make the step up which is important. We’ve got the England players available as well, so we’ve got a great chance of getting promoted. We’ve set our standards high so not getting promoted is NOT an option for us as a team and I’m confident we will.

You broke in to the Sussex team when you were only 15?

I was a very excitable teenager and at the time we had some brilliant players like Caroline Atkins and Rosalee Birch from England as well as Holly Colvin and Laura Marsh. I started batting at number seven and worked my way up the ranks. I remember when I was 16 or 17, I was asked to open the batting and thinking ‘Oh God, really?’ but I’ve always been lucky with those opportunities and I think I’ve been opening for Sussex ever since.

Is there more pressure on the opening pair to get big scores and set the rest of the team up?

Massively! I’ve always been a very attacking batter which is my strength but also my weakness. When you open, you’re in the power play so you’re always looking for boundaries, but at the same time you are facing the best conditions, i.e. the ball is swinging with the best bowlers. Sometimes this has got me into a bit of trouble. Conversely though I have found it easier in County Cricket when I played in the England senior Academy because you don’t have to score runs so quickly and you know that around you you’ve got so much experience. That’s the hardest thing with Sussex, with the limited experience.

I’m only 24 but I put more pressure on myself when I play for Sussex, especially last year which was tough. But everyone felt like this, so the pressure we put on ourselves meant that no one could deliver what they wanted to.

As Captain, what’s the hardest challenge during the match?

I have a lot of battles in my head where I want to go up to the bowler and ask her what field setting does she want and what ball is she going to bowl? I set everything up accordingly, but then the first four balls are bowled completely differently! I must stay calm and make the right decision so that’s quite tough.

I don’t like to be a dictator, I like to trust my players. So, when it comes to decisions, you get a gut instinct. Your brain never stops, even when things are going well. Getting the field right is so important as well especially in T20 as that can be the difference between four or five runs and you must make the right changes at the right time. Some captains pass it over to the bowler to decide, but I like to keep talking to my players all the time. I’m usually very laid back but when I’m out on the field but I’ve seen myself behave completely differently especially when things aren’t going to plan.

Your father is Chris Adams, former double winning Captain of Sussex of course, how much influence does he have on you?

I have to say I normally go to him for advice, he’s very laid back and he’s also my biggest fan. When I used to walk out the door, every time he’d say: “Don’t forget, you hit it hard, along the ground, in the gaps,” and then I used to phone him up and tell him I’d got caught again!

At this point he would say, “What did I say to you?” and then my mum would join in and say: “But Chris, you always used to do that!” Apparently, he’s worse when he watches me bat, pacing around and all sorts. During my first Super League game against Surrey Stars in 2016, he was sat in the box at Hampshire so when I went to see him at the end of the game after I’d got Player of the Match, I was told my dad was awful! I’m thinking what’s he done, has he had too many beers or something but no, he’d been up and down, pacing, couldn’t watch and asking what’s happening. Normally he’s such a logical man, very calm and you don’t often see him angry.

I recently heard a rumour that your dad went for the vacant role of Head Coach at Sussex before ‘Dizzy’ Gillespie got it in the Summer, is this true?

I don’t know but I do know he would absolutely love to be back at Sussex. The club had the biggest impact on him. The best years of his career were at Sussex. I know he gets on well with Rob Andrew, but I don’t think they ever talked about him as Head Coach.

When you’re not playing cricket what do you like doing?

I love a good dog walk on the beach with my bulldog Parker, I’m going to set up his own Instagram account, so he’ll have loads of fans! And I’m also a bit of a coffee snob so I like going to coffee shops, but I do enjoy going to the gym as well. I’m someone who needs to be out and about all the time, unless it’s raining!

Tell me a fun fact about yourself?

I’ve got nine little tattoos dotted over me. I haven’t braved a big one, so I’ve got a heartbeat line on my ribs, a love heart, a wave on my foot and a compass on my ankle. They didn’t hurt as much as I though they would. My biggest one is a rose on my shoulder for my uncle that passed away a year ago.

And I once met Amanda Holden in the Bull in Ditchling when I was 12 but I was so star struck I couldn’t speak to her.

Thanks for your time Georgia and good luck for the season.