The Scourge of Antisemitism

“What is the Jew? What kind of unique creature is this whom all the rulers of all the nations of the world have disgraced and crushed and expelled and destroyed; persecuted, burned and drowned, and who, despite their anger and their fury, continues to live and to flourish?”  Leo Tolstoy

READ NEXT
Bill Gates - The most generous man in the world? 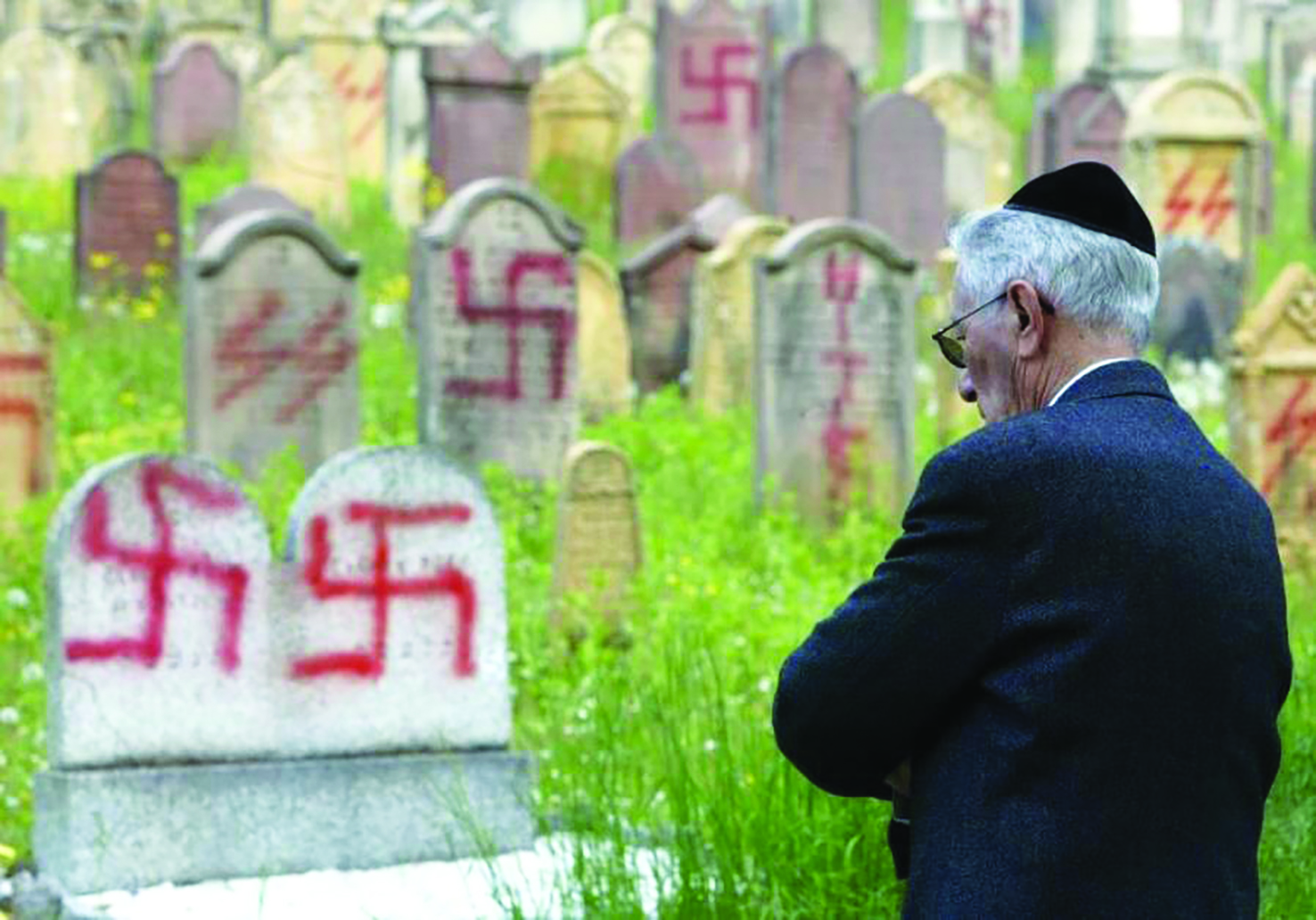 What is it with the Jews? Why, over centuries, have they aroused so much anger and hatred? I utterly fail to understand this.

I have a lot of Jewish friends, a fair few Jewish business partners in my time and not an inconsequential number of Jewish girlfriends and l really do not understand anti-Semitism in anyway, shape or form. I guess this goes hand in hand with the ridiculous fact that over 90% of all wars in human history have been premised on religion – how many millions of people have died in the name of religion?

Religion that is supposed to preach tolerance, kindness and acceptance yet seem to be the reason to massacre millions of people, such as: The Crusades 6 million; French War of Religion 4 million; Muslim Conquest of India 40 million; the Holocaust 6.5 million and so it goes on. Hundreds of millions of people dead as they did not believe in the same God as their persecutors. This is insane.

But the Jews seem to come in for particular stick century after century. Currently we have the Labour Party ripping itself apart over their disgusting anti-Semitic views, albeit only a section of the party but such a strong section that Corbyn does not seem to be capable of muzzling them and that, l am delighted to say, could be the primary reason why they will be wiped out at the ballot box next time around.

Then we have Israel. It was the British that decided, in 1948, that the Jews should have a homeland after WW2 and in their wisdom, they decided to place them in the worst place possible on the planet – surrounded by Arabs that hate their guts. Could there be a worse place for the State of Israel? This pushed out the Palestinians and caused conflict that continues today and infuriated their neighbours Syria, Iraq, Egypt, Lebanon and Jordan.

Now we learn that the Syrian war currently raging is, secretly, based on Iran’s perennial hatred for the Jewish State. Iran and Russia support and perpetrate this war with their total support of the murderous Dictator, Bashir Assad. But why? Russia, we know, will support any despot that hates the USA but Iran? Now we see why they are involved. Iran needs forward bases from which to attack Israel and Syria is an ideal location from which to strike. Israel has just released satellite images showing the build-up of Iran’s Islamic Revolutionary Guard Corps (IRGC) in the region which is proof that Iran is building its own independent infrastructure in Syria for asymmetric warfare against Israel, including drones and high-tech tools that are harder to strike than conventional military sites.

Amos Yadlin, former head of Israeli Military Intelligence, said: ‘This latest development didn’t suddenly happen. It’s a result of the Iranians resolve to entrench in Syria and destroy Israel and we are determined not to let that happen’. By the time you read this, Israel will likely have attacked these bases and that will cause further conflagration of the entire area and will further drag the US, and the UK, into the conflict. Thanks to historic US support, the Israelis have 772 F-15 fighter jets and 48 Apache gunships so if this kicks off, it will be tragic and even more innocent people will die in the name of religion.

Recently, two men in Berlin attacked two Jewish boys in the street; In New York, a Jewish man was attacked in the street as he was ultra-Orthodox; Mireille Knoll, an 85-year-old Holocaust survivor was repeatedly stabbed in France and then her lifeless body was set on fire; In the UK, Police recorded 1,382 cases of violet assault against Jews – a 25% increase on the year before and Germany recorded 1,453 assaults of the same nature and so it goes on.

Perhaps the most striking facet about Jew-hatred is its irrationality. There as many reasons for hating Jews as there are people. Everything that upsets, hurts, or displeases people they often attribute to the Jews. Jews have been blamed for manipulating the media to their needs, usury, blood libels of various forms, well poisoning, dominating the slave trade, disloyalty to their host countries, organ harvesting and spreading AIDS

Moreover, Jews are often accused of conflicting “crimes.” Communists accused them of creating capitalism; capitalists accused them of inventing communism. Christians accused Jews of killing Jesus, and acclaimed French historian and philosopher, François Voltaire, of inventing Christianity. Jews have been labelled warmongers and cowards, racists and cosmopolitans, spineless and unbending, and the list could go on forever. Clearly, Jew-hatred is irrational and deep. Yehuda Bauer, Prof. of Holocaust Studies at the Hebrew University of Jerusalem, believes that anti-Semitism remains latent until it is triggered, usually during crises. The multiple crises we are seeing around the world are therefore expected to continue to exacerbate the current wave of anti-Semitism.

Since ancient times, the Jews have been dubbed “the chosen people,” that they were chosen to be a “light unto nations.” However, today Jews are being blamed for doing the exact opposite. In Hebrew, there is a famous truism: “Enters wine, out comes a secret.” Several years ago, actor Mel Gibson was stopped by traffic police on suspicion of DUI. He was hammered. His response to the officer was cursing the Jews and declaring, “The Jews are responsible for all the wars in the world. Are you a Jew?”

However hard Jews try, they will not be able to avoid doing what they must. They may not know what it is they must do or how to do it, and people may tell them that they do not believe they are the chosen people, but the existence of global, ever-present hatred toward them proves that the Jews have been singled out as the world’s worst wrong doers. Now, either they realise what is the wrong they are doing and fix it or the world will punish them once more.