The Starr Trust - Anything is Possible

I was going through my life trying to do good and be good, as we all hope we do. But how much time did I give to other people?

READ NEXT
The Power of Simple in Business 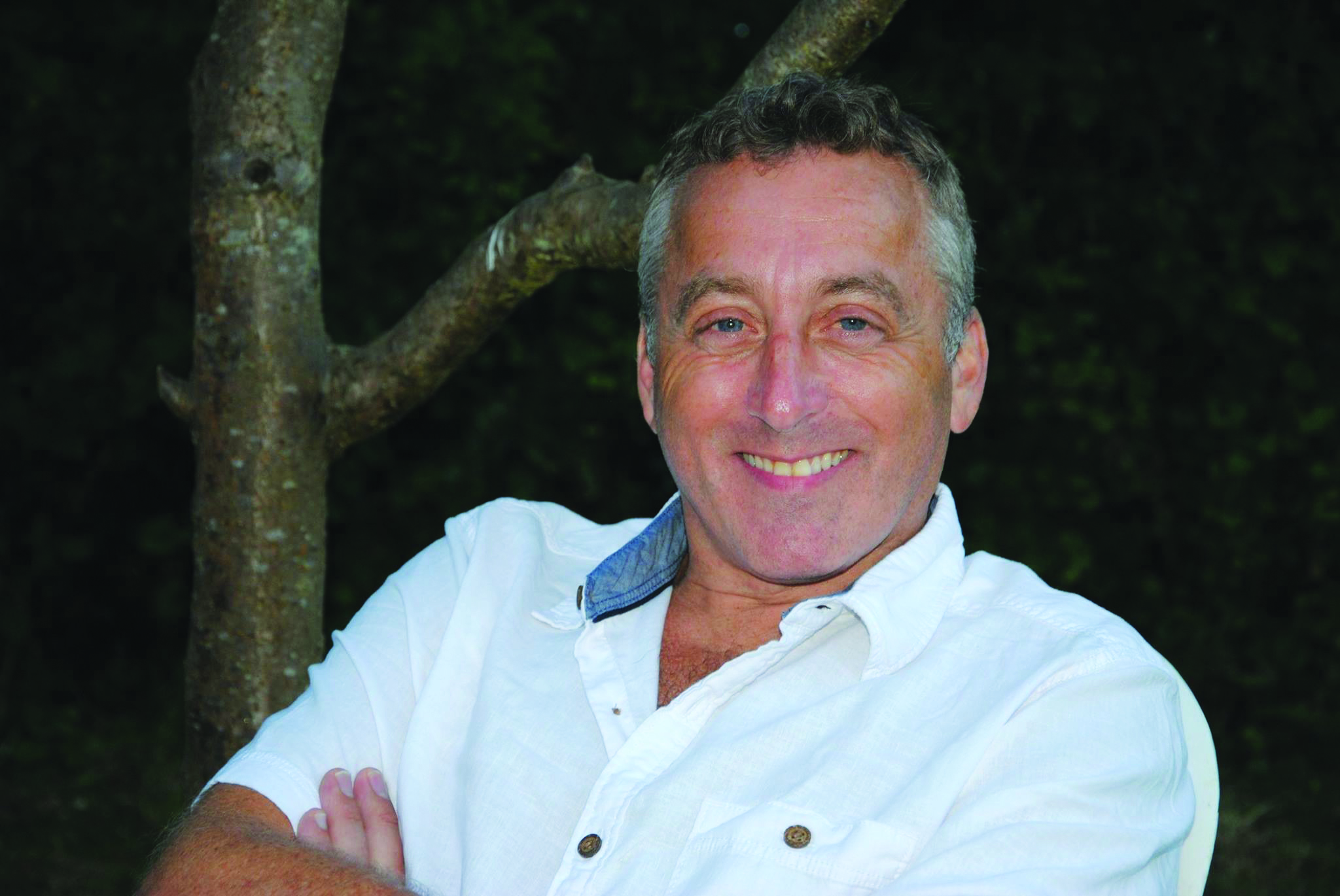 In September, the children’s charity The Starr Trust celebrates its tenth anniversary. As well as making a difference to the lives of our young people, it may well permanently transform the Hove coastline with its plans to develop the crumbling King Alfred site. The Trust’s CEO Rob Starr tells how the charity was born out of the affection he held for his late father - a man who believed anything was possible.

“It was a visit from my dad’s window-cleaner that inspired me to try and make a difference.”

It was an unlikely spark for a life-changing decision, but The Starr Trust is no ordinary charity.

Rob Starr explains: “The inspiration for the trust was my father. He was the most wonderful man who always made me believe anything was possible. He made me believe there was nothing outside of possibility – a massively powerful thing to have instilled into you as a child.

“When we lost my dad to cancer 12 years ago, when he was still very young, a few things happened which really highlighted dad’s ability to make people feel special. A few months after we’d lost dad, a guy came to my office and I ended up comforting him as he was so upset about dad. As he left, I curiously asked him, ‘I’m sorry for your loss but who are you?’ He gave me his name and told me he was my dad’s window cleaner.

“I phoned up my wife and asked whether we had a window cleaner, which we did. I asked her if she knew the window cleaner’s name. She wasn’t sure.

“That was a real turning point for me because it really made me think: ‘Wow, that’s where me and dad differ.’ I was going through my life trying to do good and be good, as we all hope we do. But how much time did I give to other people? This was my dad’s window cleaner, for God’s sake. It really made me think about the impact you can have on someone’s life by listening to them – nothing more, just listening to them and making them feel important. It doesn’t cost anything to do that but it’s really powerful. Having discovered what was so special about my dad, I didn’t want to lose that.”

The result of that revelation was the setting up of The Starr Trust.

“I didn’t have any money to set up a charity, but I thought I’m not going to wait until I can afford it. Dad taught me that if you wait to do something, you will look back a year later and wish you had started a year before. So along with my brother-in-law Darren, my sister, my wife, some friends and my mother, we started The Starr Trust. We just thought, ‘Let’s set up a charity in dad’s name, raise some money somehow and give the money away to young people in the city to help them be the best they can be’.

“We set up The Starr Trust with no money in the bank, just good intentions and a good idea. We held a barn dance and a quiz night, and we gave the money away. It was absolutely brilliant. I put some desks and computers in my office and got some volunteers in with the promise that we’d take them on as staff when we could. In our first year we gave away in the region of £20,000.”

For most people this is where the story may have ended. Rob and his family had raised a substantial sum of money to help local children and done something positive to remember a loved one. But Rob’s personality is such that this wasn’t going to end there. He decided to take on some endurance events to raise more funds, which is not unusual except that from a young age he had suffered terribly from arthritis and Crohn’s Disease.

With these debilitating conditions a marathon was out of the question, so he decided he should swim to France instead! The bravery (or madness) of this decision cannot be overstated.

Rob recalls his first swim: “The first day was in April 2010 and it was the most shocking experience of my life. It was so cold and scary, but I stuck at it. I was doing seven and eight hours swimming every day, but my Crohn’s Disease meant I kept losing weight; I was under eight stone at one point. It just wasn’t sustainable, so we turned it into a relay, which was equally difficult in different ways. I got a team of swimmers together and we completed it in 2012.

“Ironically, because of the amount of exercise I was doing, I built up my strength for running - and I completed the Brighton Marathon. We ended up raising over £80,000 for The Starr Trust and it put us on the map.

“I don’t take any medication anymore. When I was younger I lived on medication because of my Crohn’s. I threw it all away when I took up sea swimming. Sometimes I’d walk down the beach with a walking stick or crutches and in quite severe pain. Then I come out the sea afterwards and I pick up my stick and walk up the beach – it’s almost biblical. It’s really weird. There have been studies on cold water swimming and the positive effects it can have.”

Plans for the King Alfred

As well as improving his health, sea swimming also led to another inspiration: “I would swim past the King Alfred Centre and it got me dreaming. I had this idea that I would knock down the King Alfred and I would put a building on the seafront that would be a hub of creativity.

“Just as my dad had taught me, it didn’t occur to me that I couldn’t do it. I had no idea how and I had no idea whether the council would give me the land. I always believe that I can and I don’t ever worry about how. I don’t think it’s my job to work out how, I just assume the answer will come.

“People who achieve things fail a lot along the way. I’ve made more mistakes than most in business. Being in business 26 years, I make one a week. But you learn from them and I don’t think I’m fazed by them. There’s this term resilience. I think my epitaph will probably be: ‘He was nothing if not resilient’.”

In some ways Rob’s naivety was an advantage. The odds against getting the council to release the land, to raise the huge amount of capital and win a bidding war against experienced developers would have been staggering. How Rob pulled off the coup of winning the bid is a fascinating story in its own right. Now, in partnership with Crest Nicholson, the dream is about to be a reality (one for a future issue of PBM!).

The plans for the new King Alfred are hugely impressive. Rob says, “The council will get a £40-45 million state-of-the-art, fantastic leisure centre. There are going to be about 560 flats with 20% affordable housing, which is what the city needs. Every single one of them is going to have a sea view; not one flat is hidden at the back. Right in the middle is a creative hub, which will include sport, art, theatre, music, education, business and social interaction.

“We will run the hub but it will be separate from The Starr Trust. We will set up a CIC (Corporate Interest Company) - basically a not-for-profit company. We can generate revenue from commercial lets on the rooms. The dream is that the income would pay for the 60-70% of the year when we can offer discounted or free space to local community groups. A true scenario of the commercial supporting the charitable. We want charities to come down and use this space. We’ll make it affordable or free for them to use the space.

“If people want to rent the rooms out and can’t afford them, we’d say: do some volunteering work (not necessarily at the hub) and earn the hours. We’re really trying to bring in change in how charity is viewed in the city, working in a spirit of collaboration: businesses and charities working together instead of fighting against each other. And it’s so exciting!

“Over £65 million is going back into the city. Developers often get bad press but I’ve got to say Crest have been fantastic.

“All being well we would hope to be on site at the end of the first quarter of next year. My partners always say I’m way too optimistic but one of us has to be. One of us has to keep pushing, so that’s my job. The build will take three years, which seems like a lifetime because by the time it’s done it’ll be 10 years of my life. All because I used to swim past the building!”

The King Alfred hub will secure the future of a wonderful charity, of which Rob is understandably proud:

“We’ve got a bike ride coming up in July from Bangor to Brighton, 360 miles which I’m going to do despite my arthritis and Crohn’s. Then we have our Winter Ball in November at the Hilton. We have a fabulous relationship with The Metropole. They’re wonderful. We’re one of their chosen charities for their Midsummer Ball. They chose us last year, though I had to sing and dance with Robin Cousins, which was interesting.

“We’ve supported over 4,200 children, giving grants up to £5,000 a time. We’ve got youngsters who have become champions. When you hear what these youngsters are going through and what they’re inspired to do, not helping them just doesn’t seem an option. It’s life-saving and life-changing.

“It’s about young people with the drive to do something but not having the financial ability to do it. Maybe they’re in care and no financial backing. We see our job as raising the money to help them on their journey and also giving them as much support as we can. Money is one part of it but the support is equally as important.”