Maarten Hoffman illustrates the ever growing fight between overbuilding and providing much-needed housing and how local authorities are navigating the housing issue.

“If one wants to see an area wither on the vine, stop building homes. That is a surefire way to strangle any region.” 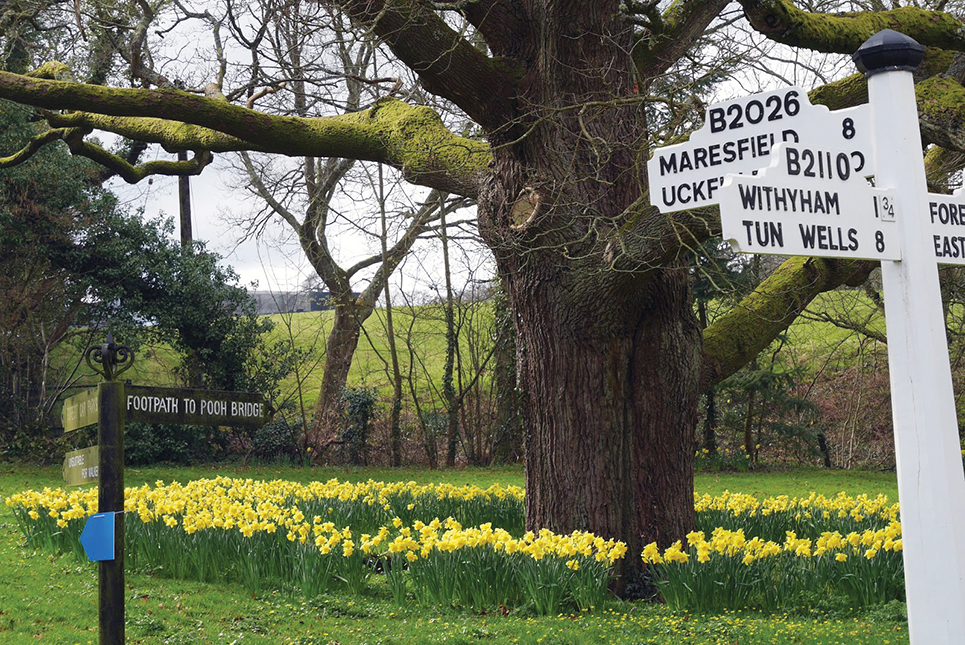 Now the Court of Appeal has overturned that attempt and a planning inspector has overturned a decision to refuse permission for 103 new homes to be built at Steel Cross, Crowborough.

The council has reacted to the news saying it will go to the High Court if necessary to challenge the outcome. In addition the council says that following the Court of Appeal decision which forced it to remove the 7km Ashdown Forest protection zone it has decided that, in future, development proposals within an increased area of the Ashdown Forest – 15km – will come under scrutiny to counter potential habitat harm there.
Wealden Council says this move is “a direct result of a challenge mounted by landowners to the council’s protection policy”.

So the fight continues but what is very important to note here is that we need homes in this area. Where on earth are the next generation of local businesses employees to come from with such little housing stock available? Take Uckfield for example. This small town is currently under threat as firms struggle year on year to tempt new staff into the area. The outcome of this, were it to continue, will be the death of the town’s business community and the ramifications of that are far reaching. Instead of easing their draconian planning rules, councillors have vowed to carry on fighting. Do they care about the region’s business economy?

Cllr Ann Newton, Wealden cabinet portfolio holder for planning said: “The progress we have now made is an opportunity to move forward with a range of smaller sustainable developments which are not reliant on building on greenfield sites close to the forest. Whilst I am happy to see that we are now in a position to see certain development with the mitigation take place, it is not open season for unsustainable speculative development in Ashdown Forest and surrounding areas.” The council has reacted to the news saying it will go to the High Court if necessary to challenge the outcome.

This is all well and good but, of course, there were no planning applications to build within the forest. However, there has to be leeway in building around the forest. The Forest’s 6500 acres must be preserved at all costs but to then attempt to restrict building within 7kms of the Forest, or 15kms if they get their way, is madness and flies in the face of common sense if one wishes the region to thrive and prosper.

With all the will in the world, how on earth are young families supposed to afford those prices against local wages? No wonder we lose so many of our talented youngsters to the allure of London.

If one wants to see an area wither on the vine, stop building homes. That is a surefire way to strangle any region. It is ultimately selfish to restrict building anywhere near one’s lovely home as that pays no heed to the future. This, of course, is not their argument. The stated row is the fear on nitrogen deposits from vehicle use in and around the Forest and therefore, if they had their way, they would stop all vehicle traffic and stop all building within 15kms of the Forest. This is utter madness and absolutely terrifying for any business in the region that is struggling to attract staff.

There will always be unscrupulous developers who, given the chance, will throw up ugly concrete blocks with little regard for the region but that is what planning officers are there for - to stop such reckless development. But to stop all development is chucking the baby out with the bathwater.

Local estate agents, Batcheller Monkhouse have written an analysis on implications of Wealden’s decision, which was made following a meeting of the full council on March 22nd. They claim there is undersupply of housing in Wealden District that is ‘worse than originally thought’ and will be exacerbated by the council’s plans to reduce the number of dwellings it plans to build by 2028 from 14,101 to 11,456.

“Wealden take the view that the legislation comprising the Habitats Directive which directs the protection of the Ashdown Forest effectively trumps issues of housing need for planning decision making,” the agency states, adding: “This is not an approach taken by any of the other Local Authorities.”

The approach of Wealden is in stark contrast to that being taken by Tunbridge Wells Borough Council which is due to launch a consultation on where to build 13,000 over the next 15 years – including the option of creating a brand new ‘garden village’ within the borough.

The government is obviously making its thoughts clear, having left Wealden out of the Housing Infrastructure Fund (HIF). This £2.3bn HIF was launched to ‘ensure the right infrastructure is in place at the right time to unlock the high quality new homes that this country needs’. The Government challenged local authorities to “show real ambition for the future” in their proposals. Wealden District Council and East Sussex County Council entered their bid for £32m last September. It was part of a plan, running up to 2028, to unlock and accelerate the building of 4,500 much-needed homes – principally in the Hailsham area. The infrastructure plans included a new primary school for Hailsham, mitigation of nitrogen deposition in the Ashdown Forest, and road improvements.

Despite this, Wealden was awarded nothing in the first round. In total 133 local authorities received pay-outs from the first £866m of the £2.3bn. Locally, these included Adur £10m, Brighton & Hove £15.2m, Eastbourne £1.2m, Hastings £2.2m, Lewes £10m, Mid-Sussex £6.5m, and Rother £3.4m.
So, what went wrong for Wealden? Hmm, l think we have answered that and now there is a rumour that Wealden’s planning will be taken over by another authority.

There is not only a nimby vibe going on here but also a ‘one rule for you and one rule for us’ overtone. Last year, district councillor Barby Dashwood-Morris was taken to court for making renovations to her 14th century home without permission and admitted 22 counts of breaking Wealden’s planning regulations. At the time, Ms Dashwood-Morris served as the Chair of the planning committee. She resigned and was fined £75,000.

Perhaps if the entire planning committee resigned, we could look forward to a prosperous future for the area whilst protecting its areas of outstanding natural beauty. They are not mutually exclusive.