READ NEXT
The legacy continued 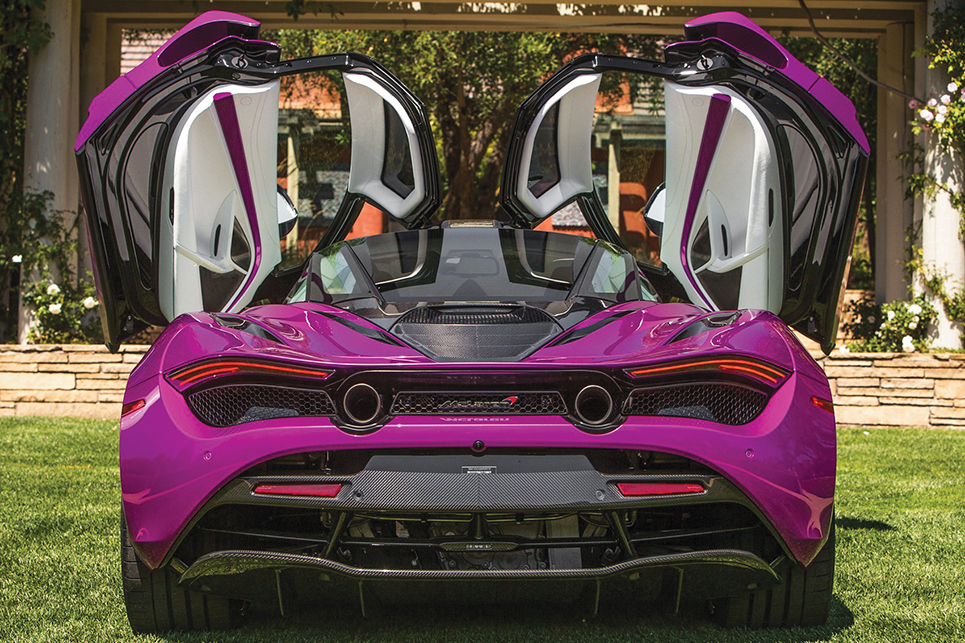 It is long established that Britain lost its motoring industry many years ago when the likes of British Leyland were producing absolute garbage vehicles and the Germans started producing world class vehicles. The final nail in the coffin came when we sold Rolls Royce to BMW and that, it seemed, was the end of that. But no, here we have a world class manufacturer based in Surrey producing stunning cars that will compete with the best and, in most cases, totally trounce them.

Step up McLaren and this gorgeous specimen that currently sits on my drive - the McLaren 720s.

The 720s replaces the 650s and is generally considered to be the most important car in the company’s history. Not only does it carry a hefty price tag but it enters the lion’s den in terms of competition with the likes of the Ferrari 488GTB and the Lamborghini Huracan for company.

Let’s start with the exterior styling. Stunning is the only word that comes to mind and it is that type of car that just makes you want to stare at it (or lick it) - all day long. The sweeping curves, the air ducts that are now in the doors channelling air into the engines radiators, the beautiful rear spoiler that rises majestically and then angrily flips up into an air brake when chucking the anchors out at speed and the twin exhaust pipes that are moulded into the rear bodywork. It is all a triumph of design and, in my opinion, there is no more handsome car on the road today.

Under that svelte body is a 4-litre twin-turbocharged V8 producing 710bhp, or 720PS hence the name. 710bhp is a good deal of power in anyone’s book and weighing in at 1420kg, this is a ballistic missile just waiting to deliver you directly to the police cells. Connect this marvel to a seven-speed dual-clutch automatic gearbox and the chassis control system which removes the need for anti-roll bars by hydraulically interlinking the dampers and you have everything you would ever need. Then we have the theatrical dihedral doors that take a bit of heft to get going but once on their way, rise majestically upward to 80 degrees and ease egress and, in the average high street, certainly get you noticed. In fact, this is one of the drawbacks of this car in that you can rarely get near it to depart as you first need to part the sea of folk ogling the damn thing. The reaction is quite illuminating. Either thumbs up and appreciating stares of shock and awe or disgust and fingers stuck up at your temerity in driving such a beast.

As to the numbers, they are all pretty amazing: 0-60 in 2.8 seconds, 0-124 in 7.8 and 0-186 in 21.8. Stopping from 124mph takes just 4.6 seconds and 117m making the stopping distances in the Highway Code look Dickensian. The 0-60 number is a little disingenuous as it is not a constant smooth progression. Off the line, the first few tenths feel a tad sluggish, if you can use that word for a car like this, although the twin turbos are ultra-low inertia, twin scroll jobs that spool up much faster to reduce lag and sharpen throttle response but get to 30mph and all bloody hell breaks loose as the turbos let rip. There is nothing that can beat this car in that range as it is truly awe inspiring and the best fun you can have with your clothes on.

All of this sits in a carbon fibre tub dubbed Monocage ll. The chassis structure now incorporates an upper structure and windscreen surround, so it’s even more rigid than the 650. There’s an enhanced centre of gravity, thanks to the engine being mounted 150mm lower than before. A ‘visible monocage’ that exposes the material on the inside of the A-pillar is a £3990 option. The cowl is also lower: like the magnificent 570, the 720S gets closer to serving up the jet fighter sensation than anything else on the road, and its all-round vision is unrivalled. The all-glass cockpit isn’t just pretty, it means you can traverse our City’s roads without taking out any pensioners or showing yourself up by clipping the kerb and looking a twat.

The steering feel is off the scale and gives you that true go kart vibe - one twitch and you have turned a corner whether you meant to or not. This offers you peerless control and allows a dart and weave that is sensational in its accuracy.  It possesses the sort of high speed balance and stability that indicates a total mastery of the art of aerodynamics. Seems like a car for the occasional blast? You would be wrong. Once you dial everything down to placid, this car can be driven every day with ease but again, you would have to get used to the constant stares, kids with their cameras out and other drivers darting out of your way - not from politeness but so that they can get behind you to see your rear end. Hit the track, turn all life-saving dials off and you are faced with a ballistically fast supercar with a chassis so superbly balanced that it defies physics.

In Track mode, you then have the option of the new Variable Drift Control which will see you steering out of the side window most of the time and your bank manager having a fit over the cost of the new tyres required.

So lets have a look at the alleged competition. Frankly, it beats the pants off both the Ferrari and the Lambo in just about every arena:

And so it goes on in just about every area. Our little British manufacturer from Woking has soundly beaten all its competition into a cocked hat.

Niggles, well there will always be a few. Following rain, open the dihedral doors and it dribbles onto your seat. The Satnav and infotainment set-up is not exactly the most advanced on the market and then there is the sound! It just does not sound right for its stunning looks. OK, they have reworked the harmonics of the new exhaust system so that it pumps more volume into the cabin via twin vents mounted between the seats but it still doesn’t quite hit the mark. Finally, l had racing seats fitted into my review car but with no facility to adjust the height, l felt far too low in the seat and had to resort to sitting on a cushion and at 6’1”, this was a surprise.

That said, this is one of the finest and fastest road legal supercars l have ever driven and when you consider that l drive on average 104 cars per year, this is an accolade that l sincerely wish to repeat in the future but sadly, l think l might have reached the pinnacle. If you can afford it, buy it. If you find someone to rent one to you, rent it. Failing everything else, steal one but whatever you do, drive this car before you die.

I do love a bit of glamour. I recall being taken to the original Ivy back in 2004.  And while I can’t recall what I ate, I recall...