Anti-Gatwick activists have gone too far

CAGNE will never win this fight for the reasons mentioned but in addition, community groups such as this that use nasty, underhand, vicious, bullying techniques do not deserve to win and do a great disservice to all those honest people attached to the cause 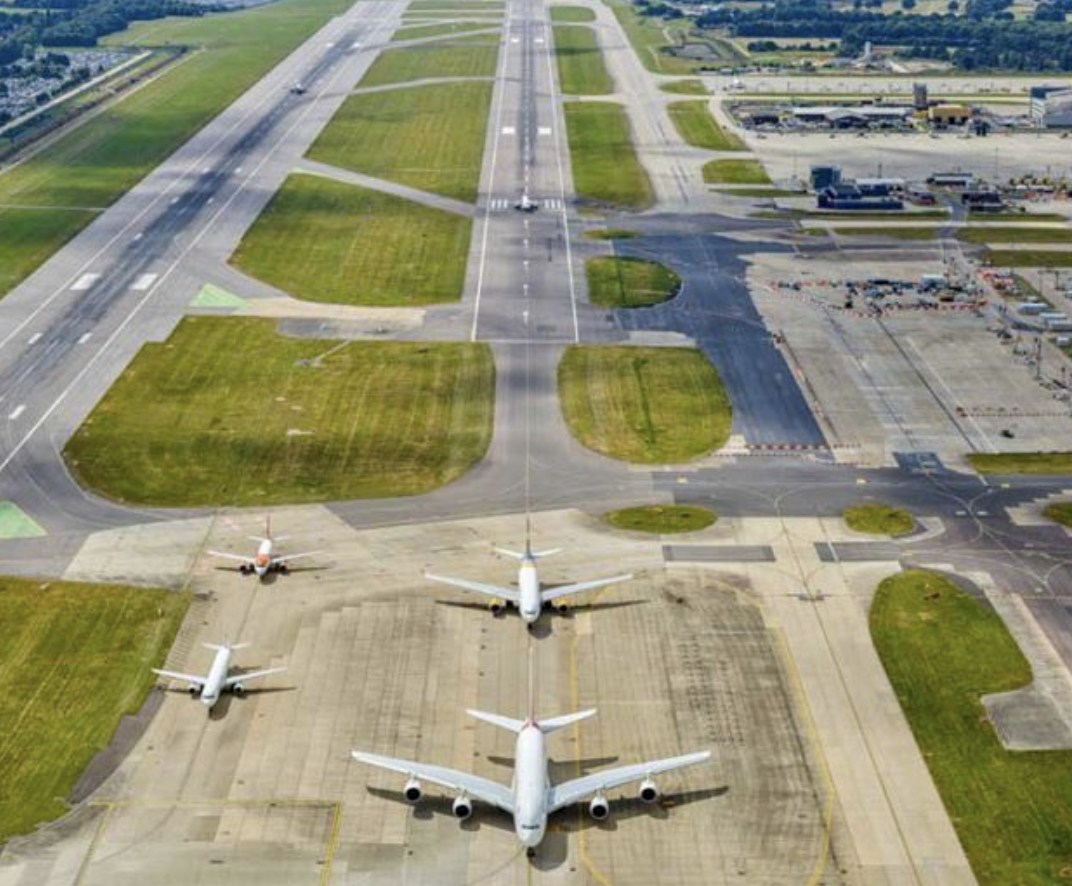 In a recent column (issue 54), l spoke of the need to rein in minority activist groups from taking control of events, then on the topic of the editor of the Waitrose food magazine. When a handful of vegans complained about his comments, he was fired. There are 3.5 million vegans in the UK meaning that the remaining 61 million are in the clear majority but he was fired based on the tiny vocal minority who were upset and the fear that a few vegans would stop shopping at the store.

Ironically, this month l find myself in this exact situation with an activist group calling for my head because they did not like the fact that l had the temerity to disagree with their views. The difference – l own the magazine so cannot be fired and this publication does not, and will never, bow to pressure exerted by a tiny majority of NIMBYs (not in my back yard). But these people have gone much further than that and crossed the line into morally bankrupt activities – bordering on illegal, and currently subject to legal action.

This magazine is a vocal supporter of the expansion of Gatwick Airport as is our right under the Freedom of Speech Act. We have been backing it since the expansion debate began and strongly believe that Gatwick should be expanded for the economic prosperity of the South East. Of course, this will cause huge inconvenience to the people living under the flight path but the few cannot rule over the many, and many of these people purchased their homes in the full knowledge that there was an airport nearby. We can all understand and sympathise with their plight but are we to stop all development in this country if it inconveniences a small group of people? If so, we would not have moved on from the dark ages.

Over Christmas, Gatwick was shut down due to the drone incident. This stranded over 40,000 people (mostly Sussex residents) just days before Christmas, split families asunder, cancelled long-held plans for vacations, halted all airfreight movement, caused untold stress to the overworked Gatwick staff, resulted in gridlock on the roads, damaged income for those hourly workers who were told not to go into work, caused massive lost income to the airport and all the airlines and generally devastated the plans of thousands of people just days before Christmas.

Personally, l had extended family members at the airport trying to get to their sick father in Italy. Distraught and anxious, during the interminable delay they heard that their father had died, all alone in a foreign hospital, whilst they were stuck at the airport. In addition, there were a group of special educational needs kids, so excited to go on their first ever plane trip to see Santa in Lapland. They were uncontrollably hysterical when told they were not going and had to return to the minibus. Just two of thousands of awful, heart wrenching stories of anger, pain and sorrow.

Right in the middle of this horror, the activist group CAGNE (Communities Against Gatwick Noise Emission), Chaired by one Sally Pavey, who are hell-bent on halting any expansion decided in their divine wisdom to issue a tweet stating how happy they were that the airport was closed as their gardens were lovely and quiet. Insensitive is not the word for it and it caused utter fury amongst thousands of people with nothing better to do than wait at the airport and the tweet went viral around both terminals, and the county, and resulted in an avalanche of angry, rude, furious replies pertaining to exactly where these insensitive creatures could stick their smug satisfaction. Then the news broke that the Police were investigating this group, and others, about any possible involvement in the drone debacle. I joined the furious barrage as l was so angry after hearing that my family had read this tweet, as it just compounded their pain.

This caused CAGNE to show their true colours. They decided that l must be silenced at all costs and started a campaign of intimidation, threats, innuendo and an appalling attempt to damage this company, demonstrating that there are no lengths to which they will not stoop to get their way.

I was threatened that l would get my ‘just deserts’ and that this publication, the largest circulation and most respected business magazine in the UK, was only useful as toilet paper. Considering we print on 100gsm coated paper, it would be about as absorbent as a sheet of glass but nevertheless, we were attacked on all sides by this merry bunch of NIMBYs. Then they stepped over the line in dramatic style – they spent days going through every page of the magazine and wrote to every single client suggesting that they should stop working with us! In short, they have attempted to commercially damage this company because we do not agree with their views. Fortunately, we have not had a single client pay heed to them as our clients are with us specifically because of our bold editorial stand and secondly, many know this bunch from old and are aware of their underhand ways.

They did not just cross the line by this action, they completely erased the line and obviously work on the basis that they can bully, damage, threaten, insult and financially ruin anyone who gets in their way. Sorry to tell you chaps but you picked the wrong target.

In 2016, the then CEO of Gatwick Diamond Business, Jeremy Taylor stated, after a thorough survey of GDB members, that the majority were in favour of the expansion. CAGNE’s response – get him fired. Despite their best efforts, he was not of course, as the GDB committee comprises sane individuals who know this activist group from old. Rosemary French OBE, the magnificent Executive Director of Gatwick Diamond Initiative stated that most businesses were in favour and she received a barrage of abuse. Stewart Wingate, the CEO of Gatwick has suffered years of abuse from this bunch as has anyone who dares to disagree with their narrow view. They care not for the fact that with Gatwick closed, most regional airports were granted dispensation to fly throughout the night to help clear the backlog, therefore causing misery to the folk under those flightpaths, nor do they give a frig about the people under Heathrow’s flightpath as they push for that expansion over Gatwick’s. They have one goal – limit the flights over their acreage by hook or by crook, and damn anyone this might inconvenience in the process.

In recent press releases, they bang on about Gatwick having foreign owners as if this is some type of crime. They state themselves that any expansion would create 12,000 new jobs and then moan that Sussex does not have the staff to fill them. They state that airports bring economic benefits by way of ‘direct employment, improved communication and dependant business opportunities’ – but of course we should not allow it as the planes will fly on their gardens.

I repeat, l sincerely sympathise with their plight and have no doubt that l would not be at all happy were l living under the flightpath but if l moved into my home post 1933, when commercial flights first started, l would understand that the airport was there before me. I would understand that a major airport will inevitably grow and develop for the economic prosperity of the South East and the nation.

As with the plastic garbage nightmare the world finds itself in, we should all be using less plastic and be keenly aware of what we dispose of. But, this will only touch the tip of the iceberg. The real change comes as the industry is forced, by public and political pressure, to develop new plastics that break down. The same thing applies to aircraft noise and emissions.

The public will not put up with our foul air for much longer and governments around the world are now taking action. Car emissions are the current top item on the agenda and the automotive industry is suffering horrendous pain as they try to clear out their stocks of diesel cars and race to develop electric models.

Aircraft are in that category as manufacturers rush to produce eco-friendly planes. Rolls-Royce have a project called Accel (Accelerating the Electrification of Flight) and aim to be at the forefront of electric aircraft. Airbus and Boeing have announced their own plans and they are all racing to be the first. EasyJet are currently working with an American firm, Wright Electric on a full-size electric aircraft that hopes to fly by 2025, flying up to 310 miles on a single charge. The Rolls-Royce project expects to have an aircraft that will fly 200 miles at 300mph by the end of 2020.

This is the answer. Not stopping all development. Not threatening and bullying opponents. Not trying to commercially damage any company that doesn’t agree with their views.

CAGNE will never win this fight. The thousands of homes that must be demolished to make way for the HS2 project have not won and l could name another hundred activist groups that have lost due to the overwhelming and unstoppable progress that this world demands. You might not agree with it but you will never stop it.

Technology will remove the problem of Gatwick’s expansion, it just needs a little time to develop.

As mentioned, CAGNE will never win this fight for the reasons mentioned but in addition, community groups that use nasty, underhand, vicious, bullying techniques do not deserve to win and do a great disservice to all those honest people attached to the cause.

In the first Platinum Challenge, Platinum's Laurence Elphick and Paul Addison (MD of DevAssist) battle it out on the Brighton velodrome...

56 Work space for the start-up generation

56 The process of buying or selling a business

Interview with Adrian Alexander, corporate finance partner at FRP Advisory LLP, the Corporate Finance Adviser of the Year at the Insider's...