A lifelong passion for motoring 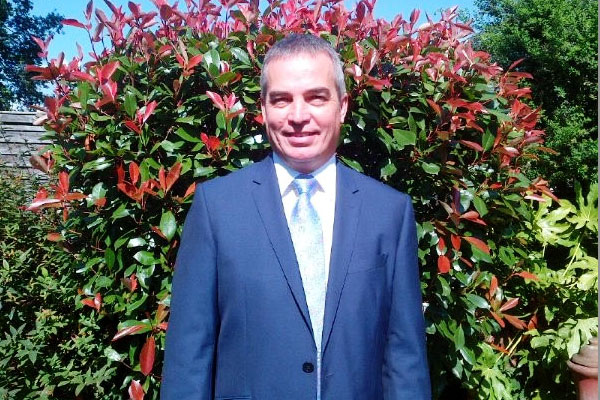 Mike Harris, Head of Fleet Sales JLR at Harwoods Group, has spent all his adult life in automotive retail, and he is as passionate today as when he started out on his career.

On that gloriously long, never-ending summer between leaving school and starting college, 16-year-old Mike Harris was riding his bike past a garage in Windlesham in Surrey, when a sign caught his attention - ‘Forecourt vacancy - Apply within’. Mike hopped off his bike and applied and so began a lifelong love affair with the motor business.

“I became a forecourt attendant for the summer,” recalls Mike.  “I would fill up the petrol, and check engine oil and tyres. I loved that job as I got to chat to customers all day long.”

When the school holidays came to a close, he ditched college and accepted an offer from the garage to move into sales: “I moved into the showroom as an apprentice, selling British Leyland cars; my first sale was a 1977 Austin Allegro.”

Mike sales journey took him to a Honda dealership in 1990 and in the mid 1990s he moved into business and fleet sales for the first time. Mike says, “I always had an ambition to become a Head of Business. I knew that to be a general manager I also needed to understand how fleet sales worked.”

After picking up the award of Corporate Manager of the Year for Honda, he moved across to the Jaguar dealership within the same group. Within two years he picked up another award - this time Jaguar Fleet Salesperson of the Year.

Mike achieved his ambition of being a  Dealer Principal for Harwood Jaguar Land Rover (JLR), where he stayed until 2013. when JLR started Corporate Dealer Programme.

“I now run a significant JLR fleet division. At Harwoods Jaguar Land Rover Fleet, we have just had a record March.”

It is a refreshing good news story in the motor industry, especially as we only hear the doom and gloom about Brexit supply chains and the worries of the Chinese economy.

We only hear bad news in the press about the motoring industry, so  how have you achieved a record quarter in 2019?

The key is that we have a good number of business customers. We also deal with Corporate customers and SME’s large and small. Also we have multiple routes to market. We have our own leasing channels, we partner with small leasing companies and then we are the preferred supplier for a number of the big players in the leasing market.

What are the main trends in how people source their vehicles?

The trend is still moving towards leasing. Companies rarely buy cars now as they don’t want the upfront outlay and depreciating assets on their book. Companies will either provide lease cars for their staff or offer a car allowance to employees who can then lease privately from us.

There has also been a cultural change. Younger generations are used to pay-as-you-go and have direct debits for their phones, rental accommodation and TV streaming, and they are very comfortable leasing cars.

As a result, you often see young people driving newer cars than you may expect as the leasing is affordable.

Are people put off leasing due to the tax implications?

This isn’t a big factor as the taxation is actually very straightforward. You just treat a company car as a benefit and the tax code is changed accordingly. You do have to pay more in tax but you are getting a fully expensed company car. The overheads of running a car are likely to be significantly more than the extra you’d pay in tax.

Do you see more people leasing aspirational brands such as Jaguars rather than traditional fleet cars?

Lease rental is based on number of key factors. The purchase price is important but equally important is the residual value. You can often lease a premium car for not much more than a non-premium. This plays to our strengths as we have affordable aspirational brands.

Have you seen a move towards electric and hybrid vehicles?

It is certainly the future. The Jaguar I-Pace (reviewed in issue 57 of Platinum) won the What Car of Year Readers’ Awards 2018 and World Car of the Year for 2019. They are incredible cars. From 2020, all JLR new cars will have some form of alternative propulsion. The hybrid versions of the new Evoque plus the Jaguar XE and XF will be very, very good as hybrids. 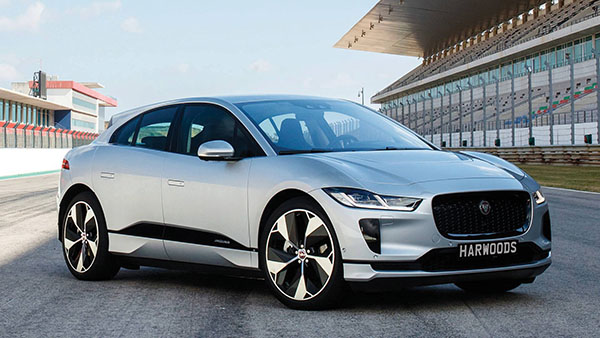 However, it is the future. For Quarter One 2019, on our fleet and business sales, 99.5% of cars are still diesel. The JLR diesels are very clean, with some engines so clean they avoid the HMRC 4% BIK supplement! Dieselgate was all about particles and NOx (nitrogen oxides) and the pollution in cities. The diesels we use are super clean and don’t produce the levels of NOx that old diesels pumped out. The problem was with old vans or taxis. Clean diesels can still get clobbered by taxes, but it is a good fuel.

Electric cars are the future but the infrastructure is still lacking. If you are going to Manchester you have to plan  a charging stop.

You have been with Harwoods for a long time. What is it about the company that appeals?

It is a great company to work for. Harwoods has been going since 1931. Its a family concern and the directors are very much involved. They are massive employer with almost 1,000 employees in the region. We have very loyal customers.

I’m one of the lucky people in that I really love my job. I am one phone call away from the board, and the decision-making is very fast. And we are still growing. We just been appointed as a McClaren dealership in our New Forest region, which is great news for the group.