Getting an idea business-ready requires a different skill set and often means interrogating it in an entirely different way, from a customer or business needs perspective

READ NEXT
Get Dirty for Charity 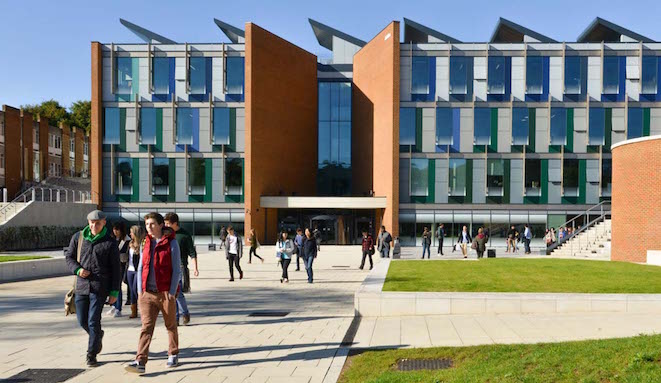 For start-up businesses in the South East, Sussex Innovation is best known as a business support organisation and incubation network. But as an innovation centre, it also works closely with the University of Sussex to find valuable commercial applications for its academic research and Intellectual Property.

“Our approach has always been to work with academic innovators in exactly the same way that we would support and mentor the founder of any start-up business,” says Peter Lane, Innovation Support Manager and the Centre’s lead on research commercialisation.

“The professors and lecturers that approach us to discuss the ideas they’ve been working on are quite used to having them peer reviewed and pulled apart to get at the science or the methodology. But getting an idea business-ready requires a different skill set and often means interrogating it in an entirely different way, from a customer or business needs perspective.”

Often, the challenge is one of communication; parsing scientific, dense and highly technical subject matter into ‘big picture’ information that can be easily understood by a time-poor business audience.

“If you’re a subject matter expert, it can be quite challenging to mentally recalibrate and focus in on where the commercial opportunity lies,” adds Sasha Hall-Jones, Research Commercialisation Project Manager. “You naturally want to explore every tangent and every possibility, so a key part of our role is to bring in the market research expertise that can say: here are all the industry sectors where this idea could be valuable, these are the biggest potential opportunities, and this is the one that is closest to a commercial outcome. Then we try to find people from industry and explain the solution in terms they understand.”

The University became sole owners of Sussex Innovation in 2008, with the Centre’s team assuming a key role in supporting academic and student enterprise. Sussex Innovation’s specialist Support team work closely with the Sussex Research and Enterprise department, often acting as a conduit between the business world off-campus, and the academic world on it.

“There are several routes that an idea can take from original research through to a commercial outcome,” explains Lane. “At an early stage we may work closely with the academic to carry out some early stage application insight, market research and industry engagement to establish whether there is a credible business opportunity there. Sometimes the research reveals that more money needs to be spent on product development, or that we need to look more closely at the underlying business model and strategy.”

On these occasions, the team will either source the requisite skills from an extensive network of specialists, or offer advice and consultancy from within the team on topics including financial modelling, messaging and branding. When all parties are satisfied that the product is market-ready, a decision is made as to what commercial structure the project will take:

TribeHive is a technology that improves mobile connectivity amidst large crowds, such as in sports stadia. Following a pilot project at Brighton & Hove Albion’s Amex Stadium in 2013, the project was spun out and eventually merged with local marketing technology company InCrowd Sports in 2016. The business has grown rapidly and received significant seed investment.

Metasonics are developing ‘acoustic metamaterial’ technology that can dynamically shape, direct and focus soundwaves in real time, offering unprecedented control over how an audience hears sound within a space. The technology, which has a range of applications from the creative industries to exhibition spaces, was showcased for the first time at the 2018 Consumer Electronics Show in Las Vegas. A spinout company was formed in October 2018, and Metasonics was named a ‘Rising Star’ by Tech Nation last month.

InterAnalysis was founded by three Economics lecturers who were building a software tool for the UK government around their framework for modelling international trade agreements. The University agreed a joint ownership stake in the spinout company and TradeSift Pro was launched in 2012. InterAnalysis continues to operate as a software and trade consultancy business, based at the Sussex Innovation Centre.