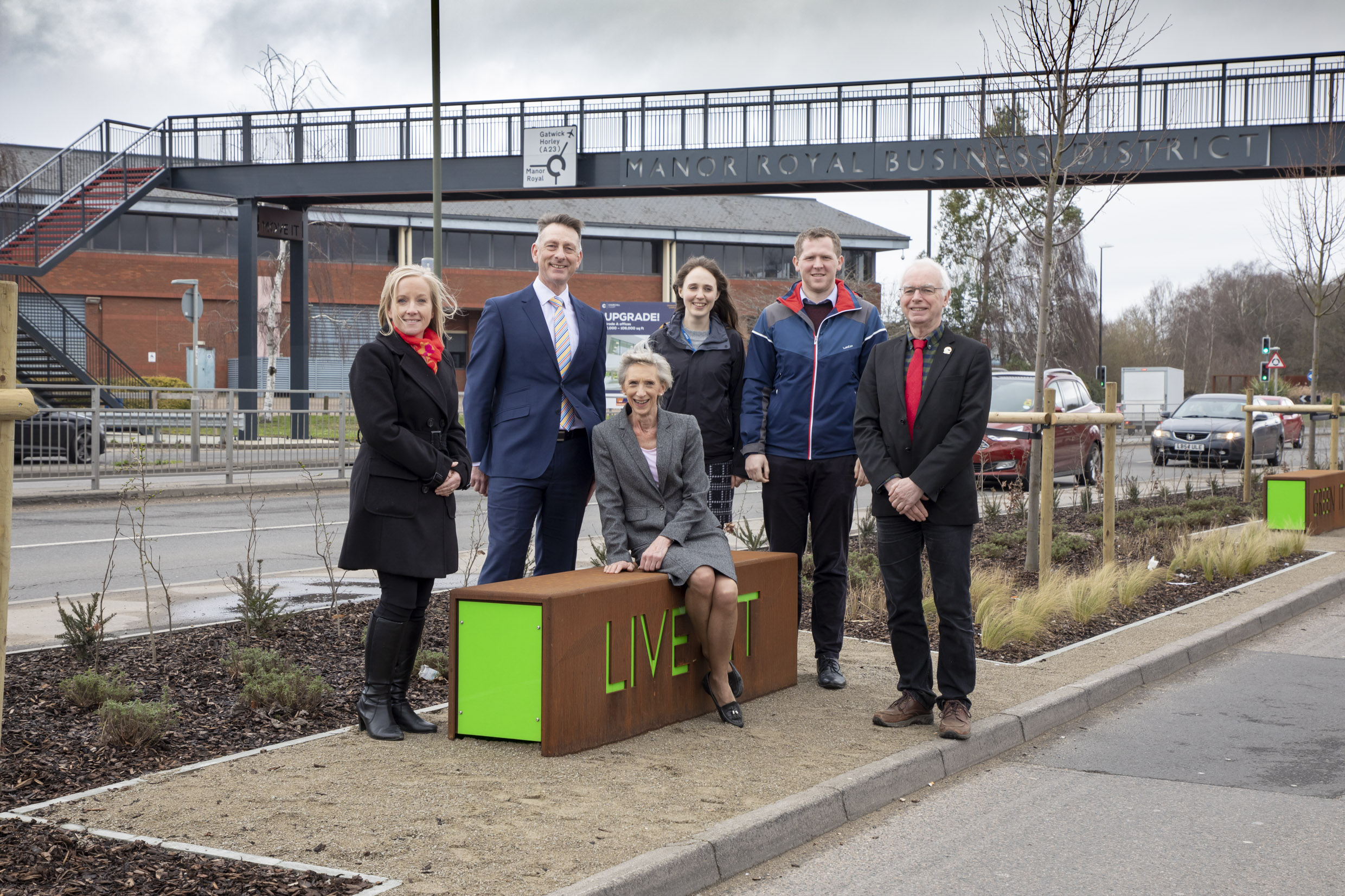 Steve Sawyer, Executive Director of the Manor Royal BID, looks to the next five years at one of the biggest business districts in the south east

When a business moves to the Manor Royal Business District, they become more than just another company on one the of the UK’s largest business parks. They become part of an organised business community intent on making a difference for themselves and their employees.

A Business Improvement District, or BID, is a global movement allowing businesses to collaborate to change the places they operate in. As a movement it started in a small Canadian village in 1970 and proved so successful other countries soon followed suit, including the UK.

There are over 300 UK BIDs and the Manor Royal BID is the UK’s biggest non-retail BID. It was first created by a business vote in 2013 and subsequently renewed by another vote in 2018 when 84% of all voting businesses voted to keep it going for another five years. So something must be going right in Crawley’s key commercial area.

“Since businesses voted to renew the BID, we’ve been working hard to deliver on that mandate,” explains Steve Sawyer, Executive Director of the Manor Royal BID. “BID2 – as we call it – started in June 2018 and we’ve wasted no time getting on with delivering the Business Plan.”

We all know that first impressions count and, with 24 million vehicle movements around the business district each year, the impact of getting that wrong in Manor Royal is multiplied many times over. Gateway 1 is the area just off of the M23 and the busiest point of entry. Earlier this year, thanks to the renewed BID, a scheme to improve this important area was delivered and signalled the first major project of BID2.

“I can’t say it was an easy project but we said we would deliver it – and we did,” Steve explains. “Key to success was close working with our partners through the Crawley Growth Programme, a multi-million pound project taking in key areas of the town. Having close relationships with the Councils and making sure Manor Royal is not forgotten is a key part of what the renewed BID is about.”

Hardly stopping for breath, the Manor Royal BID raced on to deliver their next project to help businesses promote themselves to the many hundreds of businesses and tens of thousands of employees located in Manor Royal, plus those people travelling through the area generating millions of vehicle movements each year. Roll on the Manor Royal Digital Advertising Signs project.

“Looking at ways the BID can help businesses here, Trade and Save is one of the new objectives in our Business Plan,” says Steve. “When we looked we found businesses had no way of advertising except on bus shelters, which for many was just too expensive.”

After much research the Manor Royal BID devised a project to design and install a series of digital advertising screens at key locations throughout the business district, with the help of local company Avensys.

These screens will be managed by the Manor Royal BID, and Manor Royal companies benefit from special rates as a result of their commitment to renewing the BID to make Manor Royal a better place to work and trade.

An innovative project that initially involves installing four screens at highly visible locations with more to come, depending on the success of the pilot. If businesses in Manor Royal want additional screens, the BID will look to install more with an immediate intention to increase the number to six.

Manor Royal is a catalyst for business and employment attracting 30,000 people to work there – of which 18,000 come from outside the town. Competition for talented people is intense wherever you go in the Gatwick Diamond but in Manor Royal, the BID is doing its bit to make things a little easier and less costly.

The stats are impressive, with 15 companies posting between 20-30 opportunities each month, not only saving companies money on job advertising but also helping to raise the profile of the Business District as a place to build and develop your career.

With everything from pie making, to car servicing, design agencies, pilot training, logistics, professional services and world-leading manufacturers of medical devices among those based on Manor Royal, there really is no shortage of options wherever you are in your career.

Things seem to be going well on Manor Royal with a host of new developments planned, including major new offices and much sought-after industrial buildings. In addition, a number of new companies have recently made Manor Royal their home including Freedom Works, Regus, HESIS, H Ripley & Co on top of major expansions from indigenous companies like L3, CAE and Boeing.

It all goes to show that Crawley’s Manor Royal Business District continues to thrive and be a popular draw for staff, businesses and investors ably assisted and supported by the Manor Royal BID.