READ NEXT
Reviewed - The Volvo V60 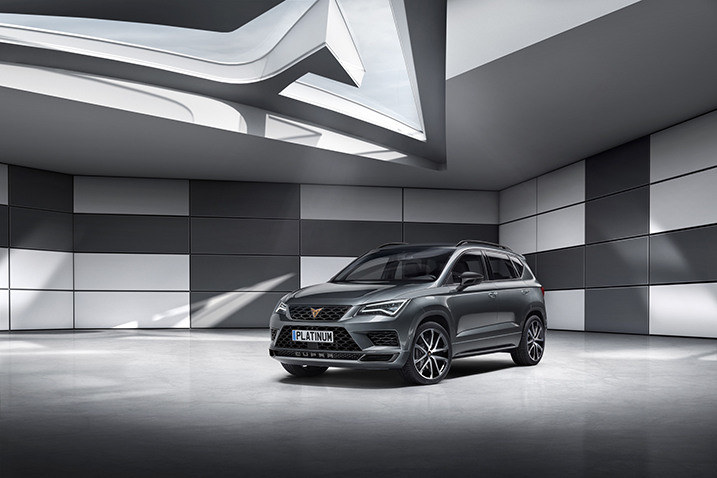 Whilst deciding which car to take to Amsterdam, l was rather spoilt for choice. You might think this car an odd choice when one considers everything else on offer but then you would be wrong.

Badged Cupra, this is a souped up version of the SEAT Ateca. On paper, it’s not looking good, but in the flesh, a fabulous call. This is an SUV on steroids. All of a sudden this is no longer a SEAT but a model in its own right with its very own badge. It gets a 2.0-litre turbocharged petrol engine making 296bhp and 295lb ft. It does 0-62mph in 5.2 seconds and its top speed is 152mph. It also gets all-wheel drive, a DSG automatic gearbox, adaptive suspension, a bespoke exhaust and optional four-piston Brembo brakes.

You’ll also notice wider front intakes, glossy black grilles, quad exit pipes (real ones), a rear spoiler and Cupra wheels in copper or silver – 19’s are the biggest the Ateca can accommodate, leaving a lot of fresh air between tyre and body. Topped off with FWD, this is a lot of car for the money. OK, a lot of money for a SEAT but then this is no ordinary SEAT.

We will leave the Cupra name out of this – after all, where is the connection to a chthonic fertility goddess of the ancient pre-Roman population of the Piceni... OK, let’s give up on the name but l have to say, l like this car.

It flies along the motorway and B roads with just a smidgeon of roll in the corners but boot it, and it hunkers down and lets rip. For the uneducated drivers, seeing a SEAT SUV take off like a scalded cat is stonking good fun - and the Dutch were ever so slightly bemused.

This comes with the same engine as will appear in the 2019 Golf R and that makes it the fastest crossover hatchback in its sector. Inside, it is all pretty much VW but that’s no bad thing and the seats are comfortable and supportive, and you can switch the dial arrangement on the dash to suit your driving style. 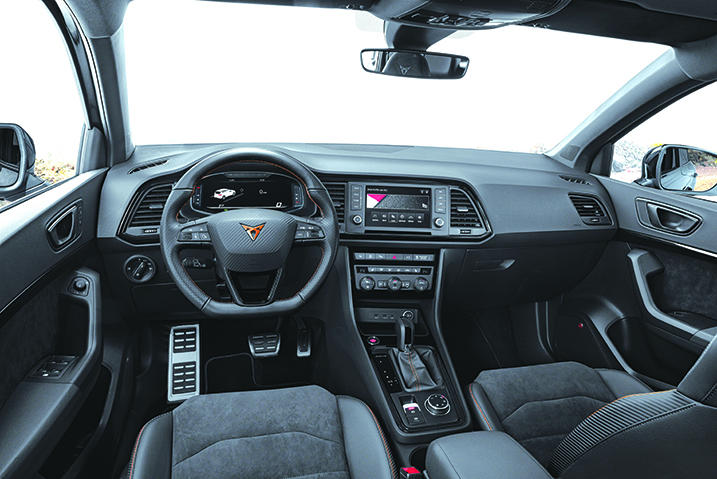 Everything is pretty straight forward and the Cupra gets an extra turbo boost pressure gauge and a g-force gauge. The 8-inch centre screen also allows the driver to choose from comfort, sport and Cupra. This last setting is the one you want as even with the excellent DSG auto box, it lets you explore the depths of the power in a very satisfying way. It beats the pants off the new 5.0-litre Mustang Bullitt and that boasts a hulking great V8 block. Outside, it looks quite pretty in the vein of the VW Tiguan but not quite as ergonomically smooth as the Audi Q3.

On a long journey, such as mine from Brighton to Amsterdam, it is helpful that the 55-litre full tank will carry me over 350 miles and at 70mph, the engine is turning around 2000rpm, therefore it keeps road noise at bay.

Pop this thing on a track and the chassis shows its failings but this is not how 99.99% of us will use it. On the road, it is refined, fast, well-mannered, quiet, comfortable and, ultimately, surprising. And l do like being surprised.

Volvo have really been knocking it out of the park recently with some great new models since the Chinese company Geely took ownership...