University of Sussex’s entrepreneurs of the year announced

READ NEXT
The Eastbourne Revolution 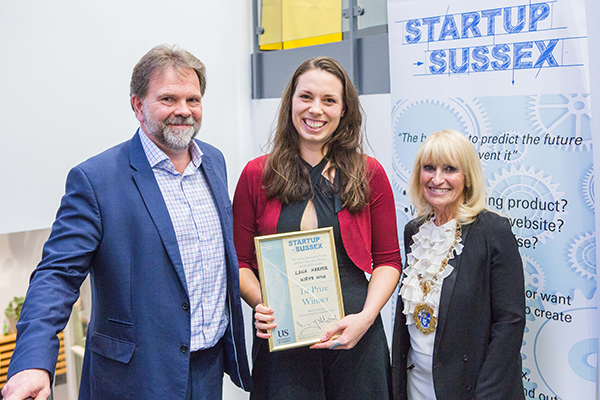 A gamified grammar-training app and a ‘point of care’ test for meningitis and sepsis were among the winning business ideas at the 2019 StartUp Sussex Awards, an annual programme delivered by Sussex Innovation for students and recent graduates from the University of Sussex.

The enterprise competition reached its climax with the award of a series of prizes, worth a total of £43,000, to five young teams of entrepreneurs.

The 2019 StartUp Sussex winner was English Literature PhD graduate Lana Harper. Her business, Write Now, sets out to train students and young professionals in the fundamentals of good written communication, via a mobile app consisting of a series of minigames.

The Social Impact Prize is awarded each year to the enterprise with the most potential to bring about positive social change. The 2019 winners were Mustafa Khraishi, a BSc Biology graduate, and his co-founder Fergus Morris of Adaptive Diagnostics. They will use their winnings to patent protect their meningitis and sepsis test, as well as working with Sussex Innovation’s advisors to build a sustainable model around the product, which could have huge implications for healthcare delivery in the developing world.

As well as earning the title of University of Sussex Entrepreneurs of the Year, the winners receive a £10,000 prize consisting of a cash award and ongoing membership, consultancy and marketing from Sussex Innovation. Several runner-up prizes were also announced at an awards ceremony held in the Sussex Innovation Centre and attended by members of the local business community, University staff and students, and the Mayor of Brighton and Hove.

The other winners:
In second place in StartUp Sussex 2019, Mark Rynston (LLB Law w/Business) received an £8,000 prize for his idea, TheLawMarketplace.com. His platform will act as a comparison site for solicitors and law practices, focusing on the B2C market.

In third place, Cristobal Matte (MSc Strategic Innovation Management) received a £6,000 prize for his enterprise, Airkeep. His platform helps arrange peer-to-peer storage between travellers and hosts, ‘like AirBnB for luggage’.

A special ‘One to Watch’ award went to Austin Okolo (FDN Biosciences), who the judges recognised as a young entrepreneur with promise. Austin received a £1,000 prize for his business Born to Stand Out, a designer clothing and lifestyle brand.

In second place in the Social Impact Prize 2019, Jon McGlashan (MSc Project Management) and Carolina Avellaneda Cadena (MSc Environment Development and Policy) received an £8,000 prize for their enterprise, Bubble Life. They have developed an ethical bath and shower brand with products entirely free of plastic packaging.

The student enterprise award with a difference
Many universities offer some form of grant funding for their enterprising students, but the Sussex Innovation team believe that the intensive mentoring provided as part of StartUp Sussex sets it apart from other programmes of its kind.

“We realised, six or seven years ago now, that there was a flaw in the way student entrepreneurship was being facilitated through these sorts of grants,” says Simon Chuter, the organisation’s Student Enterprise Manager. “Back then, StartUp Sussex was a much more straightforward competition, where students sent in an outline of their business idea, and we picked a winner. It’s great to receive start-up funding, obviously, but the team noticed that many of the winners either didn’t know where to start spending the money, or even worse, just didn’t move forward with the idea at all. We decided that we wanted to do things differently.”

Starting in 2013, the programme was completely redesigned. Sussex Innovation’s business mentors began to deliver a series of workshops for students and recent graduates throughout the University’s autumn term. The sessions were designed to explore approaches to creative problem solving, how to test and validate an idea, and perform effective customer research.

“Instead of asking for fully formed pitches, we’re now encouraging them to hold their ideas lightly, interrogate them thoroughly, and really prove that there’s a commercial opportunity there,” says Chuter. “It means that the outputs we see later on are much more robust, and there’s the added benefit that even the students who don’t make it through have learned a lot of valuable skills along the way.”

In December, following eight of these workshops, teams have two minutes to present their ideas to peers, and ten finalists are selected to progress to the second phase of the competition. These ten teams then start an intensive two month mentoring programme at the Sussex Innovation Centre, during which they are asked to write a full business plan.

Finally, they prepare a much more in-depth presentation, which is delivered to a judging panel consisting of local investors, entrepreneurs and representatives from the University.

The programme has grown significantly over the past six years, from a cohort of 35 students in 2013, to more than 100 who applied to join the first workshop this year. The last three editions have also included the Social Impact Prize, an award specifically for social enterprises, after an additional grant was donated by a Sussex alumnus.

“While it’s got bigger and more complex, the basic principle remains the same,” adds Chuter. “We want to see the winners go on to build something real and grow it – which means that they have to get to grips with how they’re going to solve a problem for their customers and get people to pay for it. It’s one thing to have a clever idea, and another to untangle how that idea can make money. That’s the whole purpose behind StartUp Sussex, and the results are starting to speak for themselves.”

Where are they now? 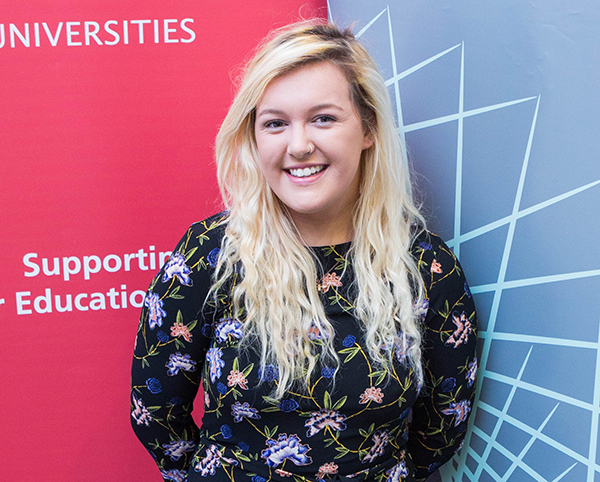 2018 winner Molly Masters launched her empowering literature subscription box service Books That Matter in September last year. The business already has more than 700 recurring monthly subscribers, and has been featured by the likes of Forbes, The Huffington Post and The Evening Standard.

2018 runner-up Julian Bourne has also won the People’s Choice Award in the national Pitch@Palace enterprise competition, and Startup of the Year at the Sussex Business Awards with his restaurant deals chatbot Waffle. The business was accepted onto the prestigious TechStars accelerator programme in Berlin and has received several rounds of investment to date. 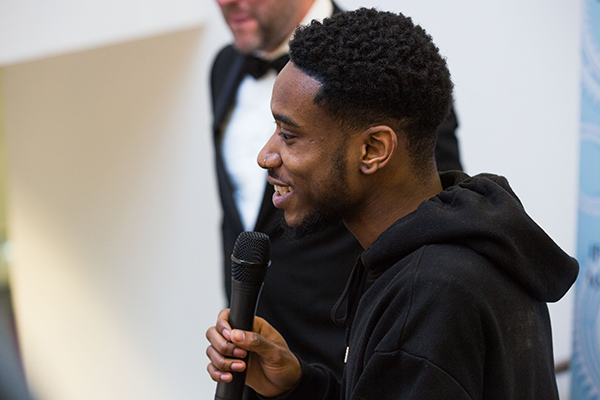 2016 winner Darren Tenkorang has received seed investment of £225,000 for his mobile barber business Trim-It, which was recently the subject of BBC News feature charting his entrepreneurial journey.