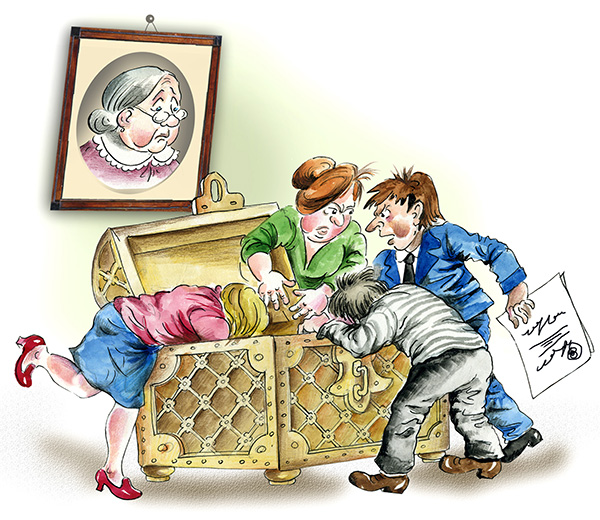 The Office of Tax Simplification (OTS) advises the government on simplifying the UK tax system. It recently undertook a consultation on Inheritance Tax (IHT) rules and has recommended a major shake-up of the current rules.

Inheritance Tax applies primarily on death, but also to gifts made to individuals within seven years of death, as well as to certain lifetime gifts.

So, what are the proposed changes, and how might they affect you if they are agreed to by government? A guide to the main points is outlined below.

Change from 7 to 5 years for Potentially Exempt Transfers
The most far-reaching proposal is reducing the number of years an individual has to live for before their gifts become exempt from IHT. This has been changed from seven to five years. The OTS say this seven-year rule creates difficulties as it is hard to trace back bank payments beyond six years.

The report also says that the current taper relief system is very complex, and it would be simpler to abolish it. The OTS also called for the so-called ‘14-year rule’, which can affect estates where lifetime gifts have been made to both individuals and trusts, to be abolished.

Annual Exemptions
Major recommendations were made to the current IHT annual exemptions available to taxpayers. The annual exemptions have not risen since the late 1970s/early 80s and as such have lost their effectiveness over the years.

The recommended action is for the plethora and complexity of annual exemptions to be simplified with one higher allowance replacing them all.

The OTS recommends that the abolition of the exemption for regular gifts out of surplus income should also be part of the allowance replacement.

Interaction of IHT reliefs with Capital Gains Tax
Worryingly the OTS has recommended that where relief or exemption from Inheritance Tax applies on death, there should be no capital gains uplift on the relevant asset. The result is that the recipient will be treated as acquiring the asset at the historic base cost of the person who has died.

If the government accepted this recommendation, it would particularly affect families passing on farms and family businesses, where the recipient wishes to sell rather than continue to run the business.

Furnished Holiday Lettings (FHLs)
Quite rightly, the OTS queried why the Income Tax and Capital Gains Tax treatments of FHLs are different from the IHT treatment and recommended that the rules should be the same for all taxes. This could mean an exemption from IHT for FHL owners – at last some positive news for landlords!

Business Relief
The Business Relief rules were introduced in the 1970s to prevent family farms and businesses being split up to pay IHT bills, by exempting the value of the farm or business from IHT.

Business Relief applies to shares in unquoted trading companies and as such certain AIM shares are also free from IHT.

The report questions whether it is within the policy intent of Business Relief to extend the relief to AIM shares and other “non-family” trading companies. If this were accepted, the loss of Business Relief on AIM shares will likely necessitate a wholesale review of High Net Worth Clients’ investment portfolios.

Summary
These are only recommendations, as the OTS itself does not implement changes. However, this is the second review that the government has ordered into IHT, indicating that we can expect sweeping changes to what has been a reasonably stable tax system over the last few decades.

If have any concerns or think that any of these changes might affect you, then please contact our Tax Team on 01903 234094.