READ NEXT
The logistics of gender equality 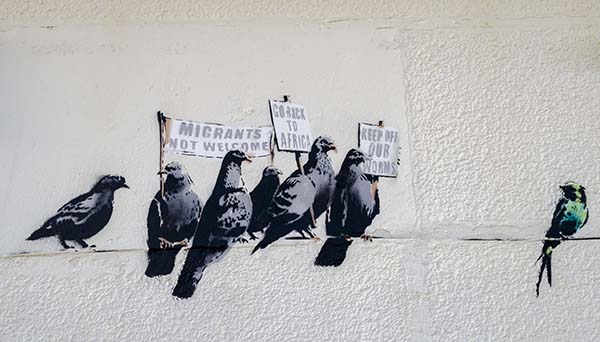 Brexit will bring an end to the right of EU citizens to move freely in and out of the UK, and comparing ‘deal’ and ‘no deal’ scenarios reveals that the consequences of each could be profoundly different when it comes to plugging future skills gaps.

Deal
Any agreement with the EU27 would likely have to include something akin to the citizenship rights elements of the Withdrawal Agreement, with EU citizens remaining free to enter and reside in the UK up to December 31st 2020, and to live and work here beyond that. Time spent in the UK would count towards the five years’ qualifying residence required to obtain ‘settled’ (essentially permanent residence) status: a relatively smooth process of transition towards the new UK immigration system due in 2021.

No Deal
By contrast a ‘no deal’ scenario would see free movement ending on the date of Brexit. Only EU citizens in the UK on or before that date would be potentially eligible to stay indefinitely, based on their pre-Brexit status; it had been thought that EU citizens coming to the UK after Brexit would be able to visit and work for up to three months without visa restrictions, and that longer stays would require a new ‘EU Temporary Leave to Remain’ visa. However at the time of writing those plans have been withdrawn – with no alternative suggested. Whatever the alternative that might emerge, a UK employer’s ability to attract talent from the EU in an environment where skills gaps already exist in sectors reliant on foreign labour is likely to be significantly impeded.

2021 and beyond
Some form of relief is likely to be provided by the proposed, more open immigration system to be introduced in 2021, anticipated to involve no cap on inbound numbers, and a lower level of skill requirement than currently. However, carrying forward a minimum salary threshold of £30,000 would limit the helpfulness of other reforms. Consultations on the proposals continue, and many businesses will want to actively engage and lobby Government.

Taking action now
There are several strategies UK employers might adopt to anticipate and address the potential skills gaps. One is to become a licenced sponsor of Tier 2 (General) work visas, in order to access a global pool of talent with which to fill both shortage occupation and graduate level roles. Sponsorship could also open the door to the supporting UK based international graduates in a ‘switch’ to a Tier 2 work visa (without the need to ‘test’ the resident labour market first). Opportunities also arise under the current Tier 5 visa route, including the ‘Youth Mobility Scheme’ and ‘Government Authorised Exchange programme’ categories. There also remains the possibility of training and upskilling the existing domestic workforce through targeted courses and apprenticeships.

With Brexit looming, planning how to attract talent in both the short and long term is an imperative for all employers.

For advice on business immigration or any employment matter, please call Adam or Phil on 03333 231580.