Intermittent fasting – does it work?

READ NEXT
A passion for start-ups 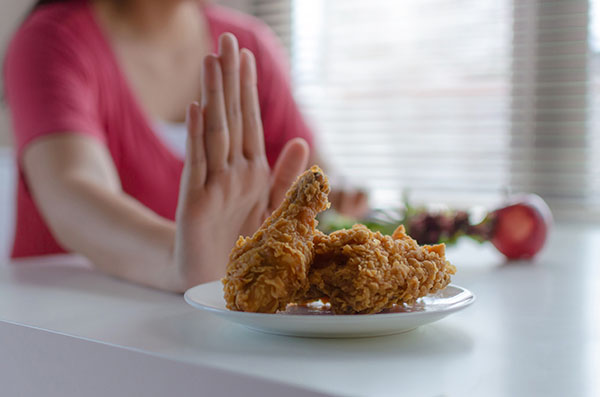 You might have noticed the buzz around the practice of intermittent fasting. Everyone from the fitness guru Ben Greenfield to Jennifer Aniston can’t seem to praise the practice enough but what does it entail, is it safe and does it work?

Let me start by expelling the notion that fasting is starving. I for one shudder at the idea of struggling through 24 hours without sustenance and it simply prompts me to add Camembert to my grocery list! The good news is that the benefits of intermittent fasting start kicking in after abstaining for 12 hours. Yes, this can simply mean not eating after 8pm and having breakfast after 8am. Do-able.

The most obvious use of intermittent fasting relates to weight loss and the myriad of advantages a healthy BMI brings but proven benefits include increased energy levels, reduced inflammation, reduced leptin levels which can lead to an increase in testosterone in men, an increase in cell detoxification, and perhaps the most exciting discovery of all, protection against neurodegenerative diseases.

We may have gotten so used to frequent eating to ensure optimal amounts of nutrients pertinent for health, that it might be hard to grasp why fasting works. It can be helpful to understand the bodily process. When we eat the body transforms food into glycogen, which is stored in the liver. During times of fasting, glycogen reserves are lowered. When glycogen/energy reserves reach a certain low, the body responds by releasing fat cells into the bloodstream. These fat cells are now converted into energy, for the body and brain, in a process known as ketosis. Fundamentally the body switches to ‘survival mode’ and uses body fat to survive.

Studies have shown an increase of up to 60% of energy converted from fat in people who fasted between 12-24 hours, with the biggest change occurring after fasting for 18 hours. It is obvious that burning fat reserves for energy will go a long way in losing weight but in the brain ketones also trigger the release of BDNF, which helps strengthen and build neurons and neural connections in areas of the brain responsible for memory and learning. One of the most impressive studies has shown an increase of ketone production significantly improving the memory of people with early signs of dementia.

Fasting is not necessarily the only way to boost ketone production, as cutting back on carbohydrates and increasing intake of healthy fats can have a similar effect. However, research has shown that the ketogenic diet (low-carb, high-fat intake) increases ketones fourfold whereas fasting shows an increase of up to twenty fold.

In other words, fasting intermittently for periods of 12-24 hours can be beneficial for the health of many but it is not for everyone. Fasting is contraindicated for expectant mothers, youths, the elderly, and anyone with any medical condition should consult their health care provider first.

One might also be concerned about dealing with that ‘hangry’ monster hidden inside many of us! That destructive force spawned by hunger but I can report that by the second day of my experimental fasting, hunger seemed to fade away, I felt quite calm and did not feel the need to eat until 12pm. It is early days but thus far, in my case, intermittent fasting has, mercifully, not been as arduous as I expected.