READ NEXT
Connecting people in a net zero world 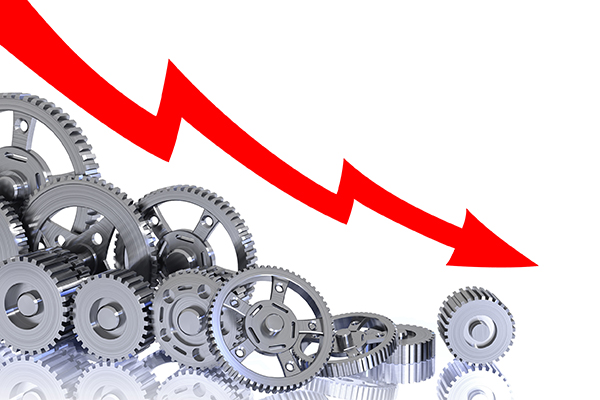 Private sector business activity across the South East fell for the third consecutive month in November, according to the latest NatWest PMI® data. The decline, albeit marginal, was the second-quickest for over three years, with anecdotal evidence linking the latest setback to weak demand conditions and continued uncertainty. A seventh consecutive reduction in new business was also recorded, alongside a further fall in employment, with the rate of job shedding quickening from October.

The headline NatWest South East Business Activity Index – a seasonally adjusted index that measures the combined output of the region’s manufacturing and service sectors – posted 48.9 in November, down from 49.5 in October, to signal a contraction in private sector output for the third month running and marked the longest sequence of deterioration for over a decade. Moreover, the rate of decline was the second-quickest since July 2016. Sector data highlighted a contraction in output for both manufacturing and services, with goods producers reporting the sharper rate of decline.

Business activity was weighed down by a seventh successive fall in order book volumes in November. The latest reduction was linked by panellists to client hesitancy amid continued uncertainty, particularly in relation to Brexit. Notably, the reduction was among the quickest in the current seven-month sequence of decline, albeit only moderate overall.

NatWest serves customers in England, Wales and Western Europe, supporting them with their personal, private, and business banking needs. NatWest helps customers from opening student accounts, to buying their first home, setting up a business, and saving for retirement.

Alongside a wide range of banking services, NatWest offers businesses specialist sector knowledge in areas such as manufacturing and technology, as well as access to specialist entrepreneurial support.

NatWest has been running MoneySense, an impartial financial education programme for 5–18 year-olds, for more than 21 years. By the end of 2018, NatWest will help another 1 million young people to understand and take control of their finances.

Weaker demand conditions also translated into easing capacity pressures in November, with outstanding business falling for a fourteenth consecutive month. That said, the rate of backlog deterioration was the second-slowest for nine months.

With capacity pressures easing, private sector firms in the South East continued to cut workforce numbers during November, as has been the case in each month since August. The rate of job shedding quickened from October and was one of the strongest seen over the past decade.

Meanwhile, cost burdens facing private sector firms in the South East continued to increase during the latest survey period. Input prices rose solidly overall, although the rate of inflation was the slowest since June 2016.

Average prices charged by businesses in the South East also rose in November, as has been the case in each month for over four years. The increase was only marginal however, and among the slowest in the current 51-month period of inflation.

Finally, private sector firms in the South East remained confident that output would rise over the coming year. The level of positive sentiment strengthened and was the highest since July.

“Private sector activity in the South East contracted for the third month in a row during November, with the rate of decline gaining momentum to the second-quickest seen for over three years. Meanwhile, new business fell at one of the fastest rates in the current seven-month sequence of contraction, with panel members linking Brexit uncertainty to client hesitancy.

“At the same time, firms continued to reduce workforce numbers. The rate of job shedding quickened from October and was among the sharpest seen over the past ten years.

“Nevertheless, private sector firms remained optimistic that activity will increase over the coming year in November, with expectations climbing to a four-month high.”