“...the touch infotainment screen works well until you hit a bump and change the satnav to Kabul high street”

READ NEXT
Thoughts on leadership 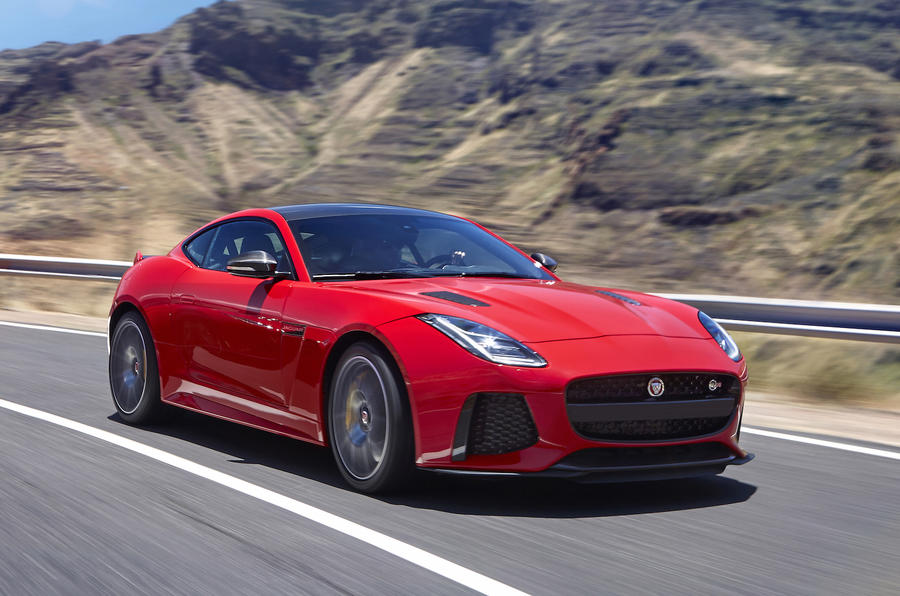 It was not that long ago that we had three major tuning badges –BMW’s M Series, Mercedes AMG and Audi RS. These were the fast models of the normal range and over the years, they have got faster, louder and lairier every time. The newish kid on the block is Jaguar’s Special Vehicles Operations department that translates to the SVR badge – and quite a badge it is.

The Jaguar F-Type SVR is a lighter, faster and sharper version of Jaguar’s F-type R All-Wheel Drive. Don’t be fooled into thinking the F-type SVR is a trackday hero in the image of a 911 GT3, though. “SVR is about everyday usability,” says Mark Stanton, director of Jaguar Land Rover’s Special Vehicle Operations division. ‘It’s about taking the basic traits of a Jaguar and amplifying them appropriately. We wanted to dial up the performance without losing the duality.’

The SVR badge made its debut on the Range Rover Sport SVR and this is the first time it’s been applied to a Jaguar. It becomes the fastest F-type to date with a 200mph top speed, and 60mph arriving in 3.5 seconds. In 2017, l took the SVR along with the Audi R8 plus and the Alfa Quadrifoglio to the Nurburgring, and the three of us voted the SVR the most fun on a track. For those uber-keen racers there is even an app that overlays your speed, revs, g-force loadings and other info over footage taken by a compatible GoPro camera.

It is a tad hefty, coming in at 1705 kg and you can feel this bulk at times but with so much power underfoot, it really doesn’t matter as you just power through it. Cornering is where you don’t want to power through but the balance of this car is so perfect that this fails to bother. Spend an extra £8,570 on the carbon ceramic brakes and stopping is only troubled by the look on the face of the car behind as your rear bumper grows ever larger in his windscreen at an alarming rate.

Powered by a 5-litre supercharged V8, kicking out 567bhp and moved through an 8-speed automatic transmission – with the obligatory paddle shifts, should you so wish. It also inherits the four-wheel drive system that ensures you are glued to the tarmac. There are a few other tweaks here and there such as new dampers and anti-roll bars and 20-inch tyres. They even saved 8kg on the magnesian framed seats and offer a lightweight carbon roof panel.

Airflow is all-important at these speeds therefore they offer an active rear wing, rear venturi, front splitter and a flat underfloor ensuring the airflow is smooth all around the car. It is all hugely entertaining and inspires supreme confidence and really is, like the R8, an everyday supercar.

Inside, all is well. I am still not sure about the pistol-grip gear changer but l guess you get used to it over time. The quilted leather seats are great and the touch infotainment screen works well until you hit a bump and change the satnav to Kabul high street.

This is highly capable car but when you look at the starting price of £118,575 before you add a single extra, it strays into dangerous territory with the likes of the Porsche 911 Turbo, Audi R8 and the McLaren 540C on offer.

Jaguar does garner a certain loyalty amongst many and this will help and it is a great-looking car. It’s easier to drive every day than the McLaren, it’s a bit more fun than the R8, and the design isn’t 800 years-old like the Porsche. Take your pick, they are all great and hugely entertaining cars but the SVR does have a little something about it.