Monaco and the movies 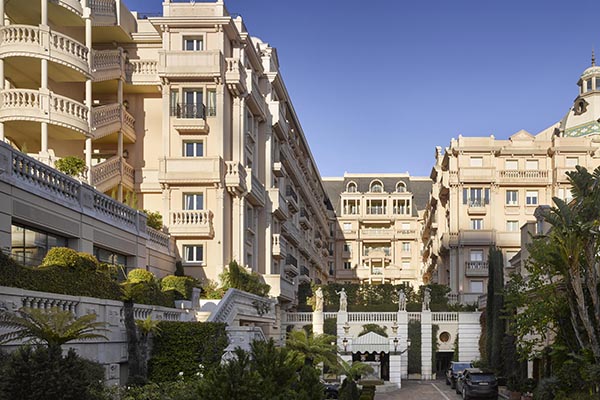 Awarded the ‘Best Hotel Spa in Monaco’ at the World Luxury Spa Awards 2019, the Hotel Metropole Monte-Carlo is a Leading Hotel of the World, and one of the most prestigious addresses in Monaco.

A luxury residence from another era with a unique atmosphere and a sumptuous spa retreat, the hotel is located within a former 19th century palace in the Carré d’Or overlooking the Mediterranean. From the 126 rooms and suites to the three restaurants and swimming pool, the Hotel Metropole offers its guests the very best in design and gastronomy. What’s more, the unveiling of the Givenchy Spa in April 2017 brought another level of sophistication and elegance to this French Riviera bolthole.

A collaboration with the House of Givenchy, the Spa Metropole by Givenchy is only the third of its kind in the world. Designed by interior architect Didier Gomez, the spa is beautifully integrated into the hotel with stunning marble finishes, sleek proportions and contemporary materials. All ten treatment rooms are decorated in serene shades of white, with embossed walls that evoke the lace of haute couture gowns, as would be fitting for a Givenchy spa!

The Spa treatment menu is extensive, including treatments from world-renowned pedicure-foot specialist to the stars, Bastien Gonzalez whose Pedi:Mani:Cure studio is open daily for possibly the best holistic pedi you’ll ever have. For the ultimate treat, book in for the ‘Signature Metropole’, a bespoke 90 minute face and body treatment which will leave you feeling blissfully restored and radiant.

If you do feel the urge to leave these plush surroundings, Port Hercules is a 10 minute walk away, whilst there are numerous restaurants and chic boutiques to explore within three minutes of stepping off the hotel’s herringbone-brick driveway.

Be whisked off on a private tour of Le Clos des Roses with the hotel’s Head Sommelier, or take a night-time trip to the majestic Oceanographic Museum of Monaco. A stay here isn’t complete without trying at least one of the hotel’s three restaurants headed up by chef Joël Robuchon, two of which are Michelin-starred.

Visit his eponymous restaurant for Mediterranean-inspired cuisine, or try Robuchon’s first Japanese restaurant ‘Yoshi’ renowned for the freshest sashimi and the best sakés. You also won’t want to miss spending an afternoon lounging at ‘Odyssey’, the hotel’s poolside restaurant given a fresh renovation and special mural designed by the late Karl Lagerfield.

Inside scoop
For a really personal touch, guests can select their own playlist during spa treatments and choose one of the special L’Atelier de Givenchy fragrances which is sprayed onto a tissue in the pocket of your bathrobe to remain with you throughout the stay.

How to get there
Fly into Nice Airport and the transfer is just 19km by car, or arrive in style by helicopter transfer in just 10 minutes.

Go Bespoke says
This is a great weekend retreat for a romantic ‘Flop and Drop’ trip to recharge the batteries and do some people-watching.

Prices from
360 Euros per night. Contact Go Bespoke for the latest offers and availability.