READ NEXT
Information is King 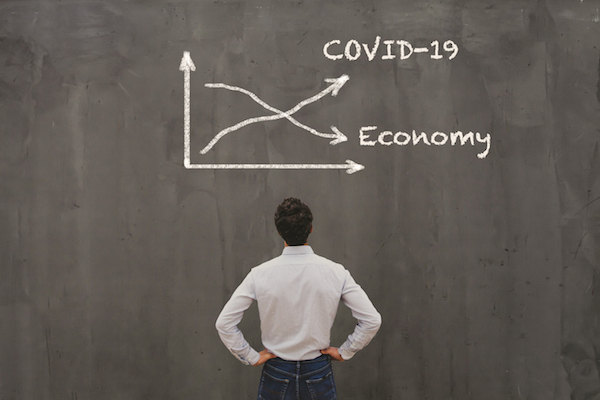 Private sector activity in the South East of England dropped at the steepest rate since November 2008 in March, according to the latest NatWest PMI® data. Central to the renewed downturn was the fastest fall in incoming new business since data collection began in January 1997.

Respondents linked declines in both output and order book volumes to the coronavirus disease 2019 (COVID-19) pandemic.

Amid weak demand conditions, firms continued to cut staff numbers in March, with the rate of job shedding the quickest since June 2009 and sharp overall.

The headline NatWest South East Business Activity Index – a seasonally adjusted index that measures the combined output of the region’s manufacturing and service sectors - posted 37.2 in March, tumbling from 52.0 in February, to signal a renewed reduction in private sector activity in the South East.

Panellists associated the fall with the COVID-19 outbreak. Moreover, the rate of contraction was the most marked since late-2008.

At the UK level, activity declined at the fastest rate on record during March. As was the case in the South East, the strength of the downturn was unprecedented.

Private sector firms in the South East signalled a renewed fall in incoming new business during March, with the rate of decline the steepest recorded in over 23 years of data collection. According to respondents, the coronavirus pandemic led client demand to collapse.

Amid weak demand conditions, private sector firms in the South East continued to reduce workforce numbers in March. The rate of job shedding was the fastest for nearly 11 years and sharp overall.

March data highlighted a reduction in the level of outstanding business, as has been the case in each month since October 2018. According to panellists, lower activity requirements allowed firms to direct resources to unfinished orders. The rate of backlog depletion was the quickest since December 2008.

Cost burdens facing the South East’s private sector firms rose further during March. The rate of input price inflation was the softest for over four years, however, and moderate.

Meanwhile, average prices charged for goods and services declined for the first time since August 2015. Panellists reported that firms were discounting to remain competitive amid weak demand conditions. Although only mild overall, the fall was the quickest since late-2012.

Nonetheless, private sector firms in the South East, remain optimistic with regards to activity over the coming 12 months.

The level of positive sentiment fell to the lowest on record, however, with respondents noting that the COVID-19 outbreak weighed on expectations.

The NatWest South East PMI® is compiled by IHS Markit from responses to questionnaires sent to South East companies that participate in IHS Markit’s UK manufacturing and services PMI surveys.