About 18% of jobs are in aviation, compared with 1% on average 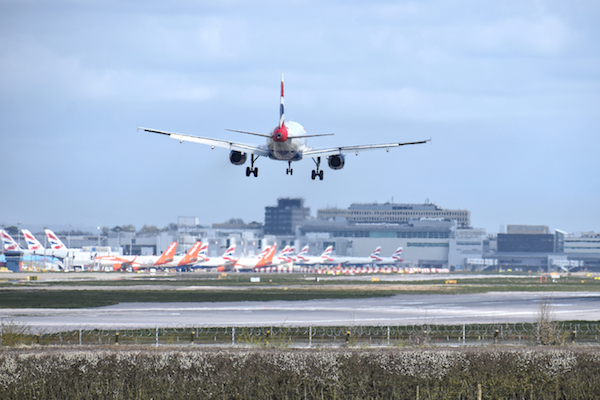 Crawley has been identified as the place in Britain at highest risk of widespread job losses amid the coronavirus crisis, according to a report warning that the economic damage will fall unevenly across the country.

More than half of all jobs in the town are at risk of being furloughed or lost, according to the Centre for Cities thinktank, which said Crawley’s high reliance on the aviation industry placed it at the heart of the economic storm.

As an employment hub for the nearby Gatwick airport, Crawley has the high- est proportion of jobs in the aviation and aircraft manufacturing industries of 62 large towns and cities the thinktank examined, meaning its local economy could be the hardest hit in Britain.

More than 53,000 jobs are classed as vulnerable and very vulnerable in Crawley, of about 94,000 in the area. About 18% of jobs are in aviation, compared with 1% on average across other big towns and cities.

In a report highlighting the uneven economic damage caused by the coronavirus crisis for various places and groups in society, the Centre for Cities warned that about one in five jobs in large urban locations were vulnerable.

Gatwick, the UK’s second busiest airport after Heathrow, has closed its north terminal and reduced runway hours for at least a month, while British Airways has temporarily suspended flights from there.

Crawley had one of the fastest growth rates for self-employment in Britain before the coronavirus struck, driven by an explosion in taxi work given its location close to the airport between London and Brighton.

The number of people working for themselves in the town has increased by more than two-thirds between 2008 and 2016, according to the Centre for Cities, reflecting a boom in precarious work over the past decade as the economy recovered from the financial crisis.