READ NEXT
Is there a better time to learn a new language? 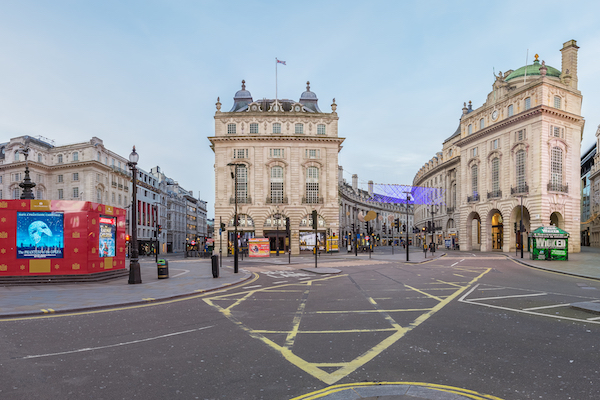 The majority of organisations have now taken the difficult but necessary steps to address the impact of Covid-19 on staff. Those steps may include utilising “furlough”, introduced to many as a new concept by the Government support package in the form of the Coronavirus Job Retention Scheme (CJRS). In addition it is likely many will have put in place other temporary measures such as reductions in hours and pay.

Social distancing, lockdowns and closures of workplaces have severely impacted business life but even with the relaxation of the restrictions there is a growing realisation that many companies will look very different in a few months and will need to consider what their staff requirements will be on a mid to long term basis. Those companies who use the time now to ensure they understand and are using furlough to maximise long term business success and ensure they are ready for the future in respect of numbers of staff, skill base and experience will be better placed to meet the challenges ahead.

Furlough Considerations
Although the announcement of the CJRS on March 20th gave employers much needed breathing space to determine future employee needs and avoid initial redundancies, it soon became clear that the lack of detail about the scheme raised many questions.

There have been three updates by HMRC, on March 26th, April 4th and April 9th, which have provided further clarity but there remains some unanswered and important questions.

The following sets out what we do know and also explores the known unknowns about the scheme. It should be borne in mind that the CJRS does not change existing employment law and is a payment scheme to allow wage costs to be reclaimed from HMRC.

CJRS: What we know so far

• Employees must agree to be furloughed, it cannot be imposed, and agreement needs to be recorded in writing and a record kept for five years

• Up to 80% of furloughed employ- ees’ usual monthly wage costs, up to £2500 a month, plus Employer NICs and minimum auto-enrolment em- ployer pension contributions on that wage can be claimed from the HMRC online portal which is expected to be available by 20 April

• The scheme cov- ers all employees, workers and salaried company directors on the PAYE payroll on February 28th 2020

• The scheme also covers employees made redundant or who stopped working for the employer since February 28th 2020 if they are re-hired by their employer. It is the employer’s decision whether they wish to re-hire

• Annual leave will accrue during the furlough period

• An employee shielding in line with public health can be furloughed

• An employee who is unable to work due to having caring responsibilities resulting from Covid-19 can be furloughed. This will include those who are looking after children because schools and nurseries are closed and also those who need to look after dependents who are ill or self isolating due to Covid-19

• Maternity, adoption, shared parental and paternity pay and leave rights remain but whilst an employee is receiving statutory pay in respect of these rights the employer will not be able to claim the furlough wage costs

• An administrator can use the CJRS to claim wage costs

• The CJRS contains further detail about calculation and components of the wage costs to be claimed from HMRC.

CJRS : What we don’t know

Further official Gov.Uk guidance on this is quickly needed as many employers want employees to use annual leave now rather than build up large amounts of annual leave to be taken later in the year or in the event they left employment which they would be entitled to be paid for.

It is also unclear if annual leave is to be permitted during furlough what the correct calculation of the holiday leave should be i.e. 80% being the wage costs paid to the employee or 100% utilising the normal remuneration calculations for annual leave set out in the Working Time Regulations. We expect the position will be that 100% of wages should be paid for annual leave taken during the furlough period.

When employers will receive the grant from HMRC
The online portal for claims is not yet open and taking into account the numbers of claims that will be received it is likely that grant payments will not coincide with the dates employers are contractually obliged to pay staff.

HMRC have said they expect the claims portal to be open by April 20th with reimbursements being paid by April 30th but this will not be soon enough for April pay dates. Therefore employers will be need to be ready to pay staff the agreed furloughed wage costs even though they may not have received the HMRC grant.

Timing of Collective Consultation requirements
Proposals to terminate the employment of 20 or more employees for redundancy reasons will require a collective consultation period of 30/45 days depending on the numbers to be made redundant.

Whilst seeking to place employees on furlough is not in itself a redundancy, if an employee does not agree to the furlough changes it may be necessary to then move to either a forced change to terms and conditions or dismissals for redundancy reasons. It is not expected that the proposal to put employees on furlough will at that stage require collective redundancy consultation but employers do need to consider carefully when the consultation requirement is triggered.

and this is an area likely to be subject to considerable scrutiny. However the time periods involved in collective consultation and the temporary duration of the scheme do not sit comfortably together.

Phase 2 Planning
The furlough period will end and employers will move from the dependency on the CJRS to having to fund all wage costs again and employers will need to consider a range of measures to achieve costs savings and create the right workforce for the future.

Tough questions will need to be asked on what skills and experience are essential to the business moving forward and how many employees will be needed. Having a clear business rationale will support communications with employees who will be impacted and provide evidence of business need in redundancy and changes to terms and conditions scenarios.

Employment Tribunals will still apply the fairness tests to dismissals and any actions taken in the next few months which are likely to result in redundancies will be scrutinised for fairness when assessing claims.

With the fog of furlough starting to lift with updated guidance and employees having certainty over levels of pay until the end of May, employers now have time to not only address needs for the future but also to reflect on the largely positive spirit of co-operation that has been seen from employees in response to tough measures. Maintaining and improving good employee relations have never been needed as much as they are now.