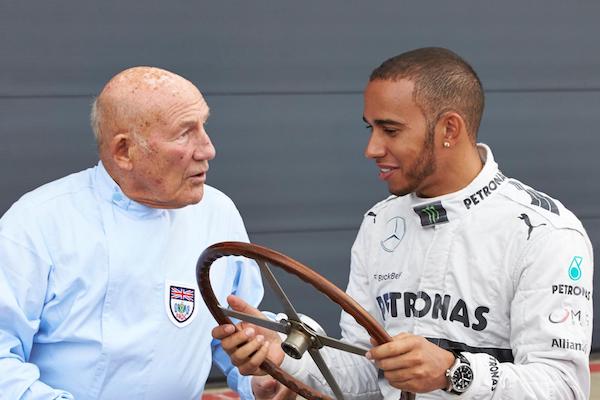 Tributes poured in from around the world upon the news that British motor racing legend, Sir Sterling Moss has died aged 90 after a long illness, not thought to be connected with the coronavirus.

Although he never won a World Championship, Moss was runner-up in four consecutive seasons from 1955 to 1958 and finished third in each of the three seasons after that. His influence spread way beyond his results and he was known as much for his panache behind the wheel and his acts of sportsmanship, as for his remarkable skill and daring. Formula One champion, Lewis Hamilton stated: ‘Today we say goodbye to a racing legend. I will certainly miss our conversations and am truly grateful to have had some special moments with him. Sending my prayers and thoughts to his family’.

Born in London and raised in Berk- shire, Moss became known as the greatest driver never to win the World Championship. His most famous near miss came in 1958 after he sportingly helped to prevent British driver, Mike Hawthorn, his British rival in a Ferrari, from being disqualified when he had been accused of reversing on the track in the Portuguese Grand Prix. With only two more races remaining in the season, Moss would go on to finish one point behind Hawthorn due to his act of sportsmanship.

In his F1 career, he won 16 of the 66 races in which he competed and was forced to retire from top-level competition in 1962 after a crash at Good- wood left him in a coma and partly paralysed for six months.

His widow Sussie said: ‘He died as he lived, looking wonderful. He simply tired in the end and he just closed his beautiful eyes and that was that. It was one lap too many’.

He features in every policeman’s verbal repertoire when pulling over speeding motorists with the famous line ‘Who do you think you are, Sterling Moss?’