The goal of economic activity should be about meeting the core needs of all but within the means of the planet.

READ NEXT
5 Coronvavirus scams to avoid 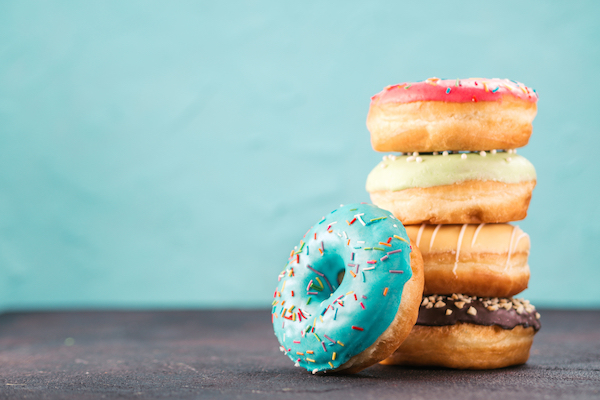 "A doughnut cooked up in Oxford will guide Amsterdam out of the economic mess left by the coronavirus pandemic,” writes Daniel Boffey in The Guardian.

While fighting to keep citizens safe in the Dutch capital, Dutch officials and the British economist, Kate Raworth from Oxford University’s Environmental Change Institute have also been studying how the city will rebuild in a post-COVID-19 world.

The conclusion? Out with the global attachment to economic growth and laws of supply and demand, and in with the so-called doughnut model devised by Raworth as a guide to what it means for countries, cities and people to thrive in balance with the planet.

Doughnut Economics
Raworth’s 2017 bestselling book, Doughnut Economics: Seven Ways to Think Like a 21st-Century Economist, has graced the bedside table of people ranging from the former Brexit secretary David Davis to the Guardian columnist George Monbiot, who described it as a “breakthrough alternative to growth economics”.

Boffey reports that the inner ring of her doughnut sets out the minimum we need to lead a good life, derived from the UN’s sustainable development goals and agreed by world leaders of every political stripe. It ranges from food and clean water to a certain level of housing, sanitation, energy, education, healthcare, gender equality, income and political voice. Anyone not attaining such minimum standards is living in the doughnut’s hole.

The outer ring of the doughnut, where the sprinkles go, represents the ecological ceiling drawn up by earth-system scientists. It highlights the boundaries across which human kind should not go to avoid damaging the climate, soils, oceans, the ozone layer, freshwater and abundant biodiversity.

Between the two rings is the good stuff: the dough, where everyone’s needs and that of the planet are being met. 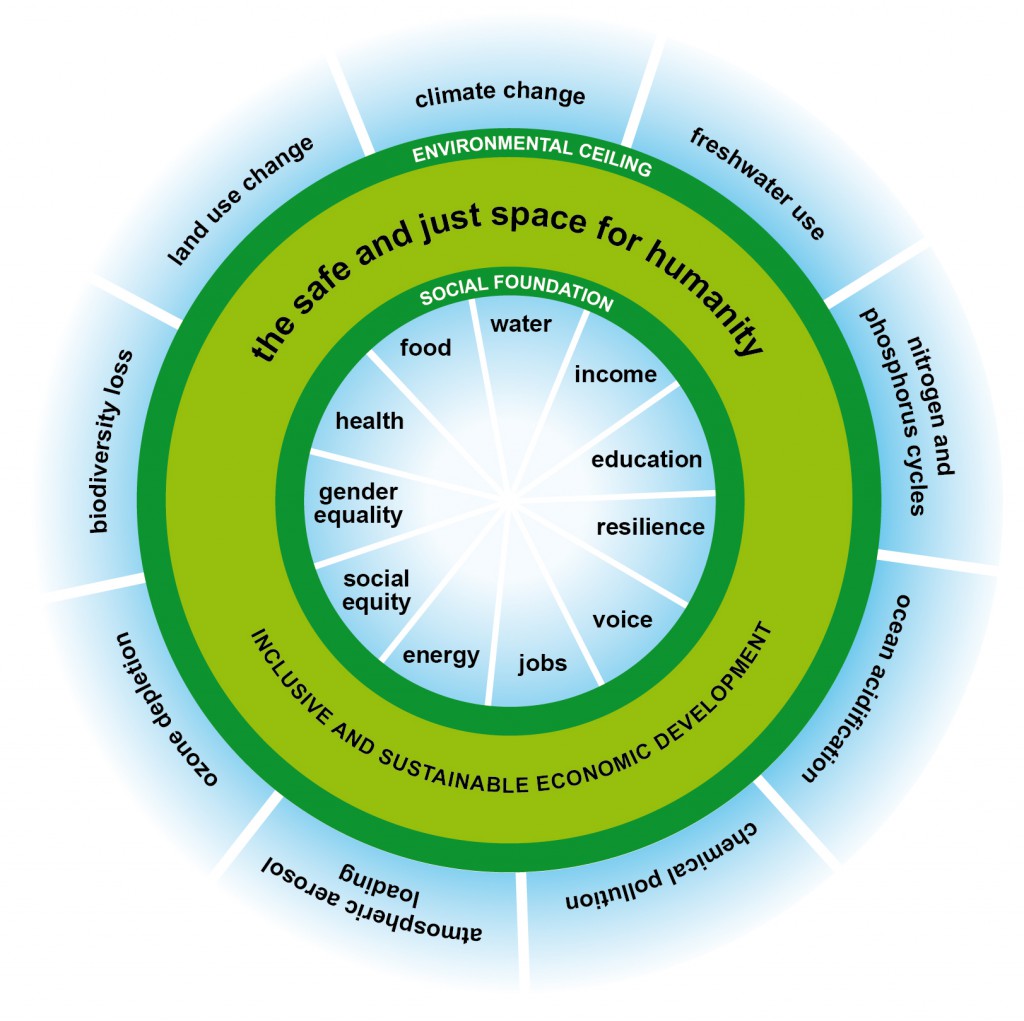 Project Amsterdam
The model has been formally embraced by the municipality of Amster- dam as the starting point for public policy decisions, the first city in the world to make such a commitment.

“I think it can help us overcome the effects of the crisis”, said Amsterdam’s deputy mayor, Marieke van Doorninck, who joined Raworth in an interview with the Guardian via Skype before the launch. “It might look strange that we are talking about the period after that but as a government we have to ... It is to help us to not fall back on easy mechanisms.”

“When suddenly we have to care about climate, health, and jobs and housing and care and communities, is there a framework around that can help us with all of that?” Raworth says. “Yes there is, and it is ready to go.”

Meeting core needs
The central premise is simple: the goal of economic activity should be about meeting the core needs of all but within the means of the planet. The “doughnut” is a device to show what this means in practice.

Raworth scaled down the model to provide Amsterdam with a “city portrait” showing where basic needs are not being met and “planetary boundaries” overshot. It displays how the issues are interlinked.

“It is not just a hippy way at looking at the world,” says Van Doorninck, citing the housing crisis as an example. Residents’ housing needs are increasingly not being satisfied, with almost 20% of city tenants unable to cover their basic needs after paying their rent, and just 12% of approximately 60,000 online applicants for social housing be- ing successful.

One solution might be to build more homes but Amsterdam’s doughnut highlights that the area’s carbon dioxide emissions are 31% above 1990 levels. Imports of building materials, food and consumer products from outside the city boundaries contribute 62% of those total emissions.

Lifting eyes to the horizon
Van Doorninck says the city plans to regulate to ensure builders use materials that are as often possible recycled and bio based, such as wood. But the doughnut approach also encourages policymakers to lift their eyes to the horizon.

“The fact that houses are too expensive is not only to do with too few being built. There is a lot of capital flowing around the world trying to find an investment, and right now real estate is seen as the best way to invest, so that drives up prices,” she says.

“The doughnut does not bring us the answers but a way of looking at it, so that we don’t keep on going on in the same structures as we used to.”

Both recognise the need for national government and supranational authorities to get on board. Raworth’s last meeting just before the lockdown in

Belgium was with the European commission in Brussels, where she says great interest was expressed. “The world is experiencing a series of shocks and surprise impacts which are enabling us to shift away from the idea of growth to ‘thriving’, Raworth says.

“Thriving means our wellbeing lies in balance. We know it so well in the level of our body. This is the moment we are going to connect bodily health to planetary health.”