READ NEXT
Cleaning up after Coronavirus 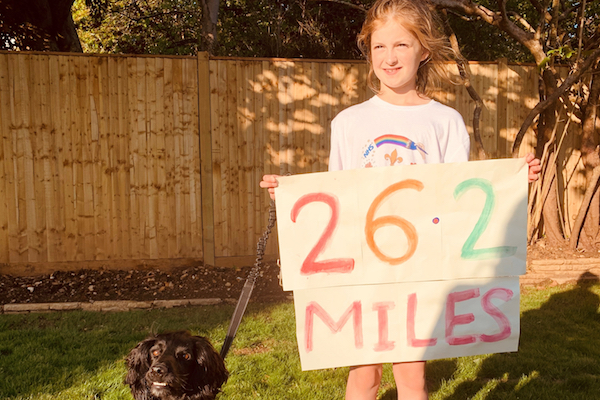 The Hurst College community – teachers, pupils and parents – continue to support our NHS heroes by making visors and face masks, running a marathon and producing a fundraising t-shirt.

Chief Operating Officer/DT teacher Dan Higgins and his daughter Beth - who was due to take her A-levels this Summer - have made over 160 visors for NHS staff. The visors were based on an original design shared by a friend of Dan’s who works at Abbey Gate College, Chester and who has been working with the Countess of Chester Hospital A&E Department to develop the design.

The Hurst-made visors have been produced from two methods, 3D printing and laser cutting, using PLA, PP and acetate - some also have foam and elastic stitched on by hand. Thirty-six visors have been made using two small 3D printers, which take around 90 minutes to print. The other laser designs, which are quicker to cut, require more assembly time.

More than 100 visors have already been distributed by Beth following requests for assistance from a number of parents and staff. She has delivered the PPE to the Brow Medical Centre in Burgess Hill, the Royal Alexandra Children's Hospital in Brighton, Hurst and Hassocks GP surgeries, and SE Ambulance services. The remainder will be delivered when more elastic has been sourced, and once further supplies of all the materials are delivered, then more visors can be made.

“It’s been a real iterative process where we have changed and simplified the design to make the production as fast and easy as possible, using the kit and stock we’ve had in the DT department. We have now exhausted all the materials we had left and have had to stop production for now,” said Dan.

Senior Nurse Sarah Barker started making facemasks over the Easter holidays after receiving an email request from her GP practice. News of Sarah’s handiwork quickly spread via Facebook and other organisations also requested her mask-making skills. She has made around 120 masks in total for local GP practices, pharmacies, care homes and commu- nity nursing teams.

“My hobby is patchwork and as I had a huge stash of fabric I was happy to help out and put the fabric to good use, before I returned to work for the NHS on a temporary basis,” said Sarah.

Year 6 pupil, Amelie set herself the challenge of running a marathon with her pet dog in less than two weeks to raise money for NHS Charities Together. She began her quest last week, running between three and four miles every day and fittingly completed her 26.2 miles on Sunday, which should have been the day of the London Marathon. So far, she has raised £880, just £120 short of her target, and is still expecting to hit her fundraising target.

“When I was clapping the NHS workers on Thursday evenings I was think- ing how brave they are and wanted to do more to help, so I decided to run a fundraising marathon. This is something I can do from my front door during our daily dog walking slot and on- line PE lesson time,” said Amelie.

During the Easter holidays Housemistress Jami Edwards-Clarke and the girls in her care designed a t-shirt, with a little help from some friends, to raise funds for the NHS. Using the girls’ drawings as a template, a Welsh friend of Jami’s produced print-ready artwork and a local West Sussex printer produced the finished article. Inspired by Jami’s Mum, who is currently work- ing as a nurse in a make-shift Covid-19 hospital in Pembrokeshire, the house had hoped to raise at least £1000 for the NHS – that total has already been passed with more than 200 t-shirts sold and £2500 raised.

“The work that every single doctor, nurse, cleaner, porter (the list goes on) has been doing made us think, what we could do to help. So, we decided to produce this fundraising t-shirt to support our amazing NHS teams, wherever they are, and my Mum!”, said Jami.

The first donation of £1000 has been sent to Brighton and Sussex University Hospitals NHS Trust for their staff wellbeing fundraising campaign which will ensure staff have the resources and support they need to fight coronavirus whilst remaining healthy, energised and well-rested over the upcoming weeks and months ahead.

72 NatWest Accelerator Entrepreneur of the Month – May 2020