READ NEXT
The Beauty of Belize 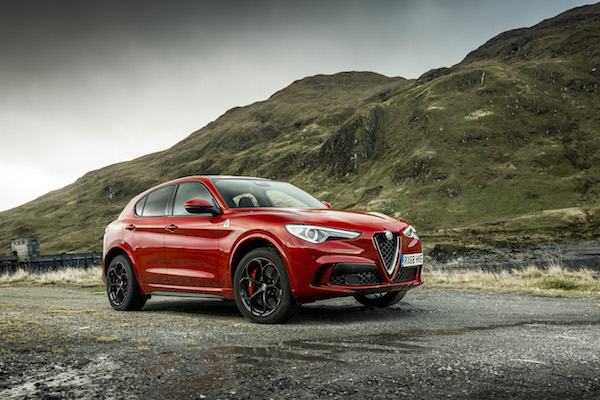 As the mantra goes “If you have So that was the 70’s and 80’s but it is roads in Europe - the Stelvio Pass in never owned an Alfa Romeo, you are not really a petrol head”.

Silly mantra really as they used to be stylish Italian models that were totally rubbish, broke down on a daily basis and rusted in front of your eyes. The regular joke was “Why do Alfas have heated rear windows? To keep your hands warm whilst pushing it”. I have to admit to owning a GTV back in the day and when it went, it was great - it just didn’t ‘go’ very often - but l had very toasty hands!

So that was the 70’s and 80’s but it is a very different proposition today. The Fiat Chrysler Group purchased the brand in 1986, along with Lancia, and things started to change. Having been founded in 1909 by Alexandre Darracq, the company struggled for many years but following the acquisition, reliability greatly improved and they retained a fair portion of the Italian style that made Alfa what it was.

The Stelvio, the first SUV ever produced with that famous badge, is named after one of the best driving Italy. It is a very competent car but with so much competition in this sector, it took the adding of the Quadrifoglio badge to set it apart. Quadrifoglio means four-leaf clover and has adorned many of the company’s historic racing cars over the years. It aligns with Audi’s RS, Mercedes AMG and Jaguars SVR as the hot version of the standard car - and hot it certainly is.

Porsche have dominated the small SUV sector for a while with the Macan Turbo having not been too worried by the Audi SQ5 or the Mercedes GLC63. It is often said that small SUV’s lack panache and character but once ‘souped up’, they do tend to take on a different personality.

Taking a regular Stelvio, itself one of the few SUVs with some character a driver can engage with, Alfa Romeo’s engineers, led by Roberto Fedeli, whose resume includes Ferrari’s 599, F12 and 458 Speciale, and the Giulia Quadrifoglio, set about developing not only a rival to the Macan Turbo, but a class leader. With 510bhp, a sub four-second 0-62mph time and a 7min 51sec Nürburgring lap time, the Stelvio Quadrifoglio has all the tools required to take down Porsche’s junior SUV.

Beneath the Stelvio QV’s aluminium bonnet is the 2.9-litre, twin-turbo V6 as found in the Giulia Quadrifoglio. Power is the same, at 510bhp, and the eight- speed ZF gearbox has been recalibrated to suit both the increase in kerb weight over the saloon and the four-wheel-drive transmission. It’s the first time this engine and gearbox combination has been offered with Alfa Romeo’s Q4 driveline.

The Stelvio QV is rear-wheel drive by default, and it’s only when the system detects an angle of slip or a loss of traction that it will direct up to 50% of the engine’s torque to the front wheels through a carbon-fibre propshaft. A rear limited-slip differential, active torque vectoring and Alfa’s Pro-DNA switchable drive mode system are all standard. The car also comes fitted with standard brakes, although carbon-ceramics are an option but they do take quite some time to warm up and become truly effective.

Much work has gone into making it as light as possible with aluminium double wishbones, suspension components, bonnet, doors, wheel arches and the engine resulting in a total kerb weight of 1830kg and therefore 95kg lighter than the Porsche.

The drive is very Italian. Lots of stylish features and an exhaust note that screams Italy. The gear changes are pretty much seamless and l tended to drive in Dynamic or Race mode most of the time, to not only get that rasping roar from the pipes but it also significantly sharpens the throttle, suspension and gearbox response.

It’s a highly evocative soundtrack as it charges from corner to corner with no lack of enthusiasm or grip. In Race mode the ESP is totally off and if the rear end steps out, it is supremely easy to correct. With 510bhp on tap, there is plenty of oomph to get you into, and out, of trouble. It’s a fun and exciting drive and that is not the first phrase that rolls off my tongue when driving an SUV.

The interior is well laid out and offers everything you need but l do like the little touches, such as the retro arched dash above the dials, the beautiful aluminium paddle shifts and, of course, that iconic badge in the centre of the wheel.

Overall, the Stelvio QV is an impressive bit of kit. Steering, brakes, chassis and that engine combine to deliver a welcome slice of enjoyment. It masks its weight well, has impressive body control and can really be manipulated by the driver. It may well be fast, but it’s not simply a fuss-free point-to-point machine – it’s far more fun than that. If an SUV is unavoidable in your garage, and until now only Porsche’s Macan Turbo was on your radar, you’d be missing out by not adding Alfa Romeo’s Stelvio Quadrifoglio to your wish list.

72 NatWest Accelerator Entrepreneur of the Month – May 2020