The Fear of Phones

READ NEXT
Sky support for SMEs 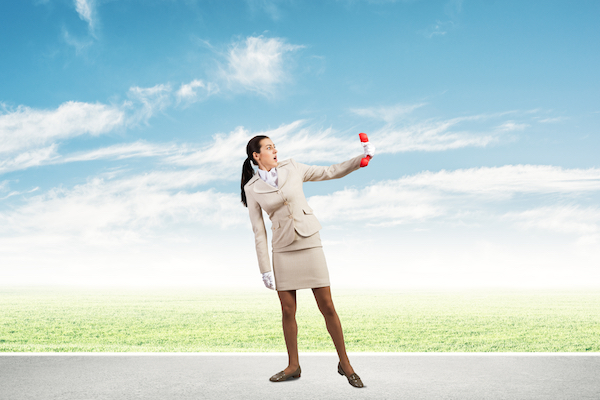 Almost two thirds (63%) of UK adults have experienced phone fear – feeling reluctant or nervous about making or receiving a routine phone call – with almost one in five (19%) stating they feel it “all of the time”, according to research from cloud telephony specialist, Natterbox.

With many people now working from home or self-isolating and relying on the phone for communication, occupational psychologist Maria Paviour, Director at Wellbeing with CARI, has identified several key strategies for coping with phone fear, which are outlined at the end of this article.

40% of Britons surveyed in January 2020 agree that, in normal circumstances, they would only make a phone call as a last resort, while over a quarter (26%) say they would only ever make a call in the case of an emergency. The research also indicates that phone fear is increasing in the UK, with one third (33%) of respondents agreeing they feel it more than they used to.

Natterbox’s research shows that young people (16-24) are most likely to encounter phone fear, with 35% experiencing it all the time and 47% some of the time.

According to Professor Graham Davey, Professor of Psychology at the University of Sussex: “This is a vital age for learning how to interact, yet many young people will avoid certain interactions as they are frightened of learning new skills or making themselves look stupid, inferior or unintelligent. We see a number of social phobias start to develop in early teens and adolescence.” The research also found that respondents above the age of 65 were least likely to suffer from phone fear.

According to survey respondents who experience phone fear, the most common reason is the worry of forgetting what to say or “freezing” (32%), closely followed by concern around understanding the person on the line, or not being understood (30%).

Prof. Davey comments: “For some people, the inability to see someone’s face when speaking on the phone can make for a difficult interaction. You can’t judge your interlocutors’ intentions because you can’t see their facial expressions or body language. On the phone, you also deal with an interaction in real-time, which comes with the risk of making a faux pas – another common worry for many people.”

According to occupational psychologist, Maria Paviour, Director at Wellbeing with CARI: “Many individuals who have had phone fear at some point in their lives also report that they can’t express themselves over the phone as well as they can when in a face-to-face situation or writing things down. With hypo-arousal, cognitive functions slow – because the brain is shutting down. This can be observed in the effect of the neural connection to the larynx ceasing to function properly, resulting in the voice box not working and words being unable to ‘come out’.”

Neil Hammerton, CEO at Natterbox says: “Despite having heard of ‘phone fear’, we didn’t know much about it, or the extent to which people experience it. That’s why we have commissioned our own research into the issue.
“As a business built on phone conversations, we’ve always closely monitored what does and doesn’t make a successful call. Our aim being to build technology that makes phone calls easier for everyone. We were shocked to find that so many people across the country experience phone fear and as a result, we’re even more committed to ensuring that the organisations we work with have the tools in place to make speaking on the phone easy, convenient and more comfortable for both their employees and customers.”

• Take a moment to do a small risk assessment. Clarify the true risk and impact of the phone call going wrong, and how much you could afford to take the impact. In reality, the rational impacts of making a phone call are not nearly as damning as we overthink them to be.

• If you are experiencing butterflies in your stomach, tingling fingers, or feel a bit shaky, this is your body preparing to deal with a challenge. It’s a competency which you can actively harness to feel ‘positively energised’. The best way to do this is, if possible, to have a face-to-face chat with someone with whom you feel comfortable, for example a friend or colleague. This increases your oxytocin and will help to change your experience of stress to one of courage!

• Remember that all the resources you need to make or receive a phone call are already in your possession. You know that you can speak and listen. Taking a little longer to allow your brain to respond without angst will make the experience better for both yourself and the person on the other end of the phone.

• Be kind to yourself. Giving yourself a hard-time or adding self-criticism will not help to solve the problem.
• For businesses/managers: Avoid the temptation to present targets and deadlines, especially to new employees who are anxious about using the phone, as this creates unnecessary pressure, increasing the risk of hypo-arousal and the brain shutting down. It’s better to empower people to learn and build confidence at their own pace to start with, and gradually start to introduce targets for their phone use as they grow into the role.