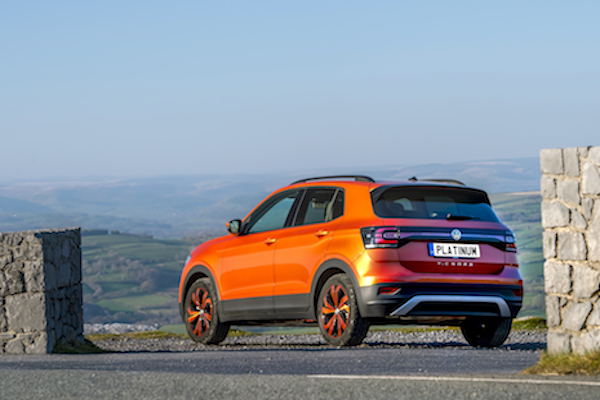 The delicious irony of this is the main reason given is the high driving position, allowing a far better view out of the car. But - if we all buy them, as it seems, we will again all be at the same height!

The Volkswagen T-Cross is a cute and chunky car and l quite like it. There are three variants - the S, SE and SEL, all with the normal varying amount of kit, with prices starting at £19,245 up to £23,070.

They have delivered me the 1-litre SE model and although as a dedicated petrol head, a 1-litre engine always fills me with horror, it does the job very well. It’s a turbocharged three-pot engine with two states of tune popping out either 113bhp or 95bhp - l have the 95bhp with a 5-speed manual, while the more powerful variant comes with a 6-speed manual or a 7-speed twin-clutch auto. The major effort here is to prevent the T-Cross from straying into the T-Roc territory and damaging sales. They are right, of course, and I really liked the T-Roc when I reviewed it for Platinum (www.platinumpublishing.co.uk/platinum-business-magazine/issues/46).

The T-Cross is very well put together, drives well, is solid and pretty much fixed to the road and, as it is regarded as a cross-over, that being almost a car, it does not suffer from too much body roll in the corners thanks to its low(ish) centre of gravity, efficient chassis and excellent Germanic engineering.

The SE will likely be the most popular and the extras such as roof rails, adaptive cruise control, variable-heigh boot floor and App-Connect infotainment system just about justifies the £1,810 lift over the base model.

Inside, it is well put together with plenty of room for 4 adults without too much need to fiddle with every knob you can find. The variable boot floor really maximises the boot space and uses every centimetre of the available space. The interior design layouts have never been startling in VW’s but there are Design Packs you can chose that liven it all up and for the price, you get a lot for your money. The seats are well plumped where they should be and everything is well put together.

On the road, the ride is reasonably quiet and there is enough oomph to get along at a good lick, although it is a tag sluggish when pulling away under 2000rpm but that just means a tad more use of those five gears. For overtaking, it will spin up to 6000rpm with ease and at no point did l feel that it was lacking in power - considering it’s only a 1-litre power plant.

Many call it a beefed up Polo but that’s unfair - it's much more than that. It feels bigger than it is, feels grown up and, personally, l would think this a perfect first car for a new driver. So many of us buy our kids a cheap, small runaround car for that exciting present after passing their test but this is not the safest thing to do. They are far more likely to have an accident in their first year yet we put them into older cheap small cars that fold on impact and when new, probably came with a sub-standard safety rating. I digress...

This is not an off-road car as it is 2x2 only but that’s ok, and that slight roll in corners is acceptable too as a sacrifice for the increased height. I would certainly go for the 113bhp as the 95 feels just a little too slow (1.3 seconds slower to be precise). The 1.6-litre version is on its way.

In all, a good car with great looks, a three year/60,000 mile warranty from a company known for making sturdy well-put together cars. The competition comes in the shape of the Seat Arona, Renault Captur, Mazda CX-3 and the Audi Q2 - with the exception of the Audi, it knocks all the others into a cocked hat. 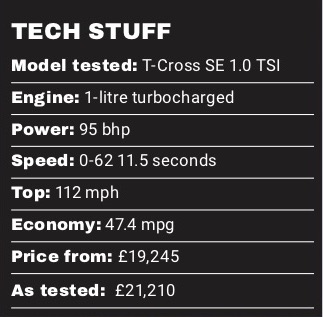