READ NEXT
Remote Learning Rising to the challenge 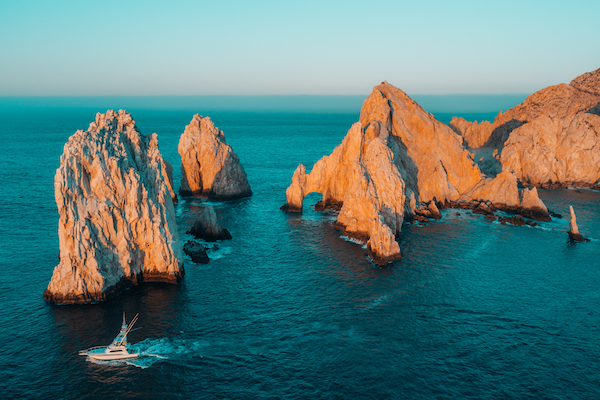 Diego to the southern tip at Cabo San Lucas. Baja benefits from the roaring Pacific on one side and the incredible Sea of Cortez (Gulf of California) on the other and is pretty much unique in the world - for many reasons.

You can fly from LA or SD in 2.5 hours of course but the drive from San Diego, over the border at Tijuana and then all the way down through a fantastic desert is highly recommended, l have done it more times than l can count and the roadside taco stands are to die for. Incredible views of the Cortez on the East side and then equally amazing views of the Pacific on the west side are breathtaking.

There are several destinations l will mention. At the tip is Cab San Lucas with amazing scenery but stuffed with American tourists, therefore very little ‘Mexico’ remains, as they carpet it with American bars, restaurants and burger joints. I do not go to Mexico to find America and nor should you. Far better is to go to La Paz, tucked into a bay on the east side of the tip and the real Mexico. The other destination would be Magdelena Bay and San Ignacio Lagoon, a stunning bay on the Pacific side where, in season, you can see up to 20,000 female Grey whales packed in, who give birth and fatten their babies here for six weeks before the long 12,500 mile run north to the Bearing Sea - the longest known animal migration in the world. Due to conservation, there is rightly no diving allowed here but you can take a local panga and guide out and the whales flock around to be stroked and scratched, including the babies - and it will change your life. 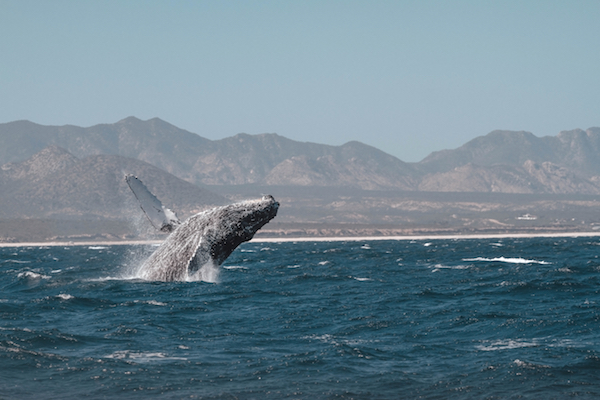 Watching as a 12 metre adult Grey whale pops her head up to be stroked, whilst seeing another five on the other side of the boat, with their calves, is awe inspiring and never gets old. The mothers actually push the calves towards the boats as if to acclimatise them to this enjoyable experience. The ideal time is February through to mid-March. Not to be missed.

And that is just the start of it. On the other side you have the Sea of Cortez. The 60,000-square-mile gulf is divided between a temperate zone (north of La Paz, the state capital of Baja California Sur) and a warm-water “Panamic” zone (southward to Cabo San Lucas, the resort town on the peninsula’s tip). The confrontation and subtle mixing of these two ecosystems partly accounts for its richness: some 900 fish species and 32 types of marine mammal gather to feed and breed here. Massive blooms of plankton mean that even elusive blue whales are seen here (the largest creature ever on planet earth), along with the gnarled humpbacks and of course, grey whales.

The Sea of Cortez has an almost legendary status among divers and marine naturalists. John Steinbeck wrote a book about his voyage here aboard a scientific collecting expedition in 1940, and Jacques Cousteau famously called it “the world’s aquarium”.

Of all my years of diving and probably over 20,000 dives around the world, one of the best is a dive site called El Bajo. An hour or so cruise south from La Paz and the GPS says drop anchor in the middle of nowhere! Literally, you are in the Pacific, miles from anywhere and what the hell has the anchor to bite on? A mountain is the answer. A sea mound to be precise which is the top of a 3,000m mountain under the ocean. Hit it right with the anchor or you are there all day (yes done that) and drop into the blue. 22m down and you see the peak of the mountain and it then drops away into the blue. So what’s so special? 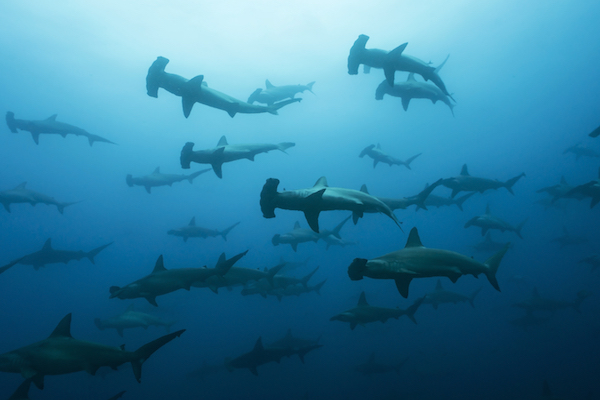 The most magnificent scene l have seen underwater, ever, as up to 2,000 Giant Scalloped Hammerhead sharks appear and, hypnotically, form a huge circle around the mountain peak. In every direction, 360 degrees of Hammerheads. Non-divers reading this might be in terror and doubt my sanity, but Hammerheads are generally docile creatures who won’t bother you if you don’t bother them. Each one of the beauties was 4m (14ft) and weighed in at 48kg (185lbs) and are amongst the most majestic marine creatures l have ever dived with. The most frustrating thing is the limit l can stay under, therefore leaving them after 40 minutes, waiting to decompress on the boat until l could tank up and get back down there.

If they all decide to depart en mass for destinations unknown, you can still amuse yourself with giant manta rays up to 7.6m (25ft) and 1,360kgs (3,000lbs) barreling and rolling in squadron; whale sharks drifting in for a nosy, each up to....(40ft) and 9,000kgs (20,000lbs) mostly near the surface so even snorkelers can swim with them and an array of oceanic white tip, blacktip, sandbar, shortfin mako and great white sharks.

Sharks WILL NOT hurt you if you do not threaten them. It’s a very simple rule that Peter Benchley and Steven Spielberg (Jaws) have a lot to answer for ruining. There is so much food here that they need have zero interest in bony little humans except perhaps as a toothpick!

El Bajo can deliver time and time again although of late, the population is in serious decline due to over fishing, gill nets and abundant human interference. It is thought that we have ten years left before all the Hammers are gone here. Shame on us.

If only they would realise the economic sense of diving and tourism. Kill it, sell it for a buck and eat it once;
or preserve it and it will bring in substantial revenue forever. Mindless.

Sounds like a good dive day? Hardly, as on the way back we stop off at Los Islotes - a lump of ochre rocks stripped with guano that are home to over 300 sea lions. The bark of petulant males challenging one another announces your arrival long before you drop anchor. The lower sections of the islands are indiscernible beneath a carpet of sea lions basking in various states of repose, piled on top of one another with no apparent regard for social distancing. The azure waters are alive with pups playing in the swell. With depths of only 10 metres, everyone is over the side and they come to play. Cheeky little buggers who act like naughty 3-year olds, grabbing onto fins, snorkel, hoses and then darting away before you can turn and then blowing bubbles in your face.

Entering a body of water teeming with boisterous sea lions can be a little daunting for novices, but once you take the plunge, you’ll find that the transformative silence underwater turns the frenetic activity of sea lions into beauty rather than chaos. Instead of feeling intimidated, you’ll find yourself enchanted, as it becomes increasingly obvious that all the sea lion pups really want is for you to play with them.

Their agility as they spin and dart around you will put even the fittest of human swimmers to shame. Exhausted after an hour, we pull the divers out for a brew and head back to port and watch pelicans, boobies and frigates swarm all over the rocks.

If they thought that was that they don’t know the Cortez. Halfway home we have company - a super-pod of bottle nose dolphins and when l say super, as with everything here, l mean super. Over 1,000 dolphins all heading north at the same rate of knots as us. Mesmerising.

And that is just the sea. Inland you have a coastal desert dominated by the Sierra de la Gignata, whose highest peak reaches 1,176m. Otherworldly flora is everywhere including the astonishing 500- year old Mexican giant cardon, or elephant cactus that reaches 10m, the tallest living cactus in the world, Daliesque Boojum trees stretching to 15m and watch out for rattlesnakes, bark scorpion and the odd cougar - although after living there for over four years, l never came across any of the 34 species of snake. 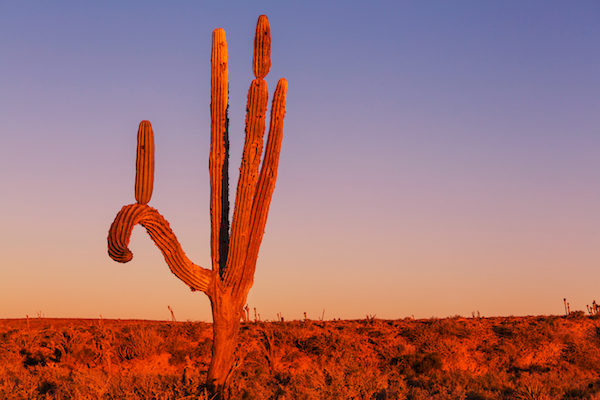 In addition, there can be great wind so windsurfing and kite surfing are sensational, kayaks trips are available and the authentic Mexico family food is everywhere - and the Tequila ain't arf bad!

I loved my time in Baja - the people are friendly, the sea is warm, the wildlife is remarkable and the vibe is laid back. Yes, l am asking that same question - what the hell am l doing here?

74 Remote Learning Rising to the challenge