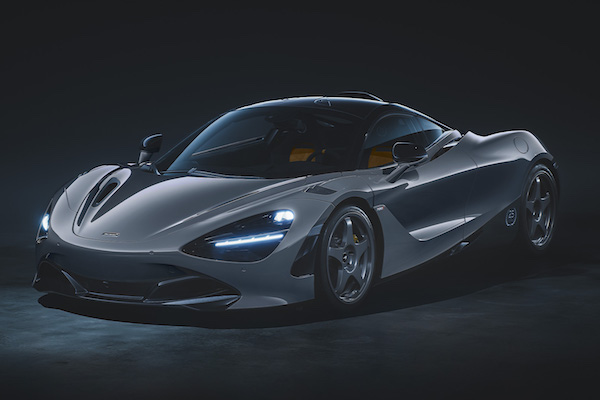 McLaren marks Le Mans
McLaren Automotive is celebrating one of McLaren’s greatest motorsport achievements – victory on its first attempt in the 24 Hours of Le Mans – with a special edition 720S coupé. Just 16 of this Le Mans edition will be available in Europe, from a total of 50 worldwide. I spent a week with the 720S last year and it immediately gained a place as one of the my top 5 favourite cars of all time.

Three other McLaren F1 GTRs finished in the top five, with victory at Le Mans also ensuring McLaren a place in motorsport history as winners of the French 24-hour classic, the Formula 1 World Championship and the Indianapolis 500.

Taking the 720S supercar to a new level of exclusivity, each of the Le Mans edition cars carries a dedication plate featuring a ‘McLaren 25 Anniversary Le Mans’ logo. The VIN of each car will begin with 298, in recognition of the number of laps completed by the race-winning F1 GTR – one more than its closest rival.

The fully-functional roof scoop channels air to provide additional cooling for the powertrain and helps to drive heat evacuation – ideal for the additional demands of circuit driving. The carbon fibre louvred front fenders reduce aerodynamic lift generated by the rotation of the front wheels, as well as reducing vehicle weight.

A carbon fibre Monocage II central structure and Proactive Chassis Control II suspension system help to ensure that the 720S is the lightest car in its class, with an unparalleled breadth of dynamic ability.

The McLaren 720S Le Mans is available to purchase now, from £254,500, with first deliveries in September. Prospective owners should contact their nearest McLaren retailer for more information or to place an order. 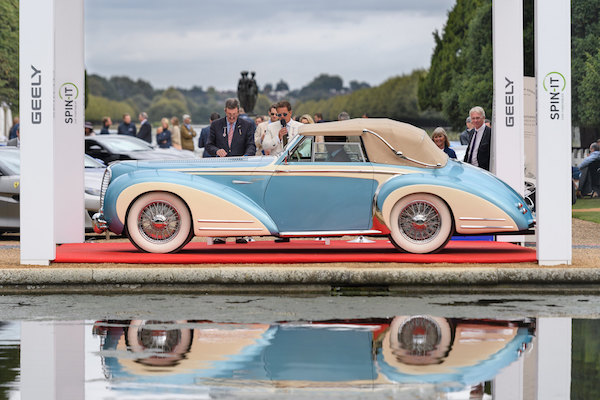 The Concours of Elegance will go ahead in the spectacular gardens of Hampton Court Palace this September. The rare car show will grace the palace gardens in late Summer, following their re-opening this week. The Concours of Elegance 2020 – September 4th/6th – will be the first major international concours d’elegance event since Amelia Island in March

Liz Young, Head of Events for Historic Royal Palaces said ‘We are thrilled to be re-opening our gardens this week, and very excited that this means the Concours of Elegance can go ahead in September. It is always a brilliant event, with the palace gardens making a spectacular backdrop for the cars on show. We look forward to working with the event organisers to ensure that all of our guests can have a safe and enjoyable visit.’

The Concours of Elegance takes place within the 60-acre Fountain Gardens of the palace, measuring 3⁄4 of a mile in length. From its very inception, the event has sought to avoid feeling crowded, allowing the cars the space they deserve.

James Brooks-Ward, Thorough Events CEO, said: “Clearly, above anything else, we want to ensure that we’re hosting our event responsibly. As September nears, we’ve become confident that all the pent-up demand we’ve seen from visitors, commercial partners, car clubs and car owners can be satisfied, with the approval of our friends at Historic Royal Palaces. We’re incredibly grateful for their support, and that of our presenting partner A. Lange & Söhne, in allowing us to develop our event into something we feel isn’t just safer than ever, but more exciting than ever too.”

Tickets to the Concours of Elegance are available to buy now, and should government guidance change to negate the running of the event, all tickets will be refunded or deferred to 2021.

The limited number of tickets can be bought from: www.concoursofelegance.co.uk/tickets

'The most famous car in the world' 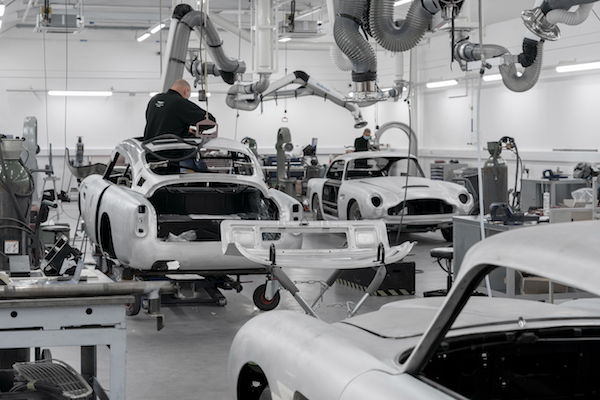 Dubbed ‘the most famous car in the world’ and renowned as being among the most desirable and sought-after classic Aston Martin models, the DB5 has become a byword for timeless style and sports car desirability.

Fewer than 900 saloon examples were built by the brand between 1963 and 1965, with by far the most famous of the original owners being the world’s best-known secret agent – James Bond – who first drove the car that is today inextricably linked with him in the 1964 film, Goldfinger.

Now, 55 years after the last new DB5 rolled elegantly off the production line at Aston Martin’s global manufacturing base in Newport Pagnell, Buckinghamshire, work is once again under way there on a strictly limited number of new DB5 models.

Created in association with the producers of the James Bond films, EON Productions, and featuring a broad suite of working gadgets first seen on screen in the 1964 film, the Aston Martin DB5 Goldfinger Continuation cars are history in the making.

The latest in Aston Martin’s phenomenally successful Continuation car programme which began in 2017 with the DB4 GT Continuation the new DB5 models represent among the most valuable new cars yet brought to market by the British luxury brand.

Each DB5 Goldfinger continuation car is priced at £2.75m, plus taxes. 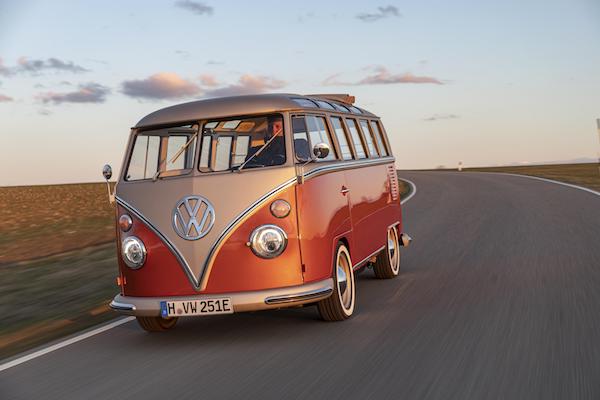 The new VW e-BULLI is a crossover of high-end classic and high-tech electric vehicle. Volkswagen Commercial Vehicles unveils the e-BULLI as a concept vehicle – a 1966 classic with 2020 electric drive.

Equipped with the drive system components of the latest Volkswagen electric vehicles, the concept vehicle is based on a T1 Samba Bus produced in 1966 and comprehensively restored. Volkswagen Transporter marks the world’s longest production run with the 70th anniversary.

The Transporter – also known as Bulli, Kombi, VW bus or Microbus – first rolled off the Wolfsburg production line on March 8th 1950, and since then 13 million have been sold. The record-breaking Volkswagen Transporter has celebrated its 70th birthday, making it the world’s longest production run for a commercial vehicle. 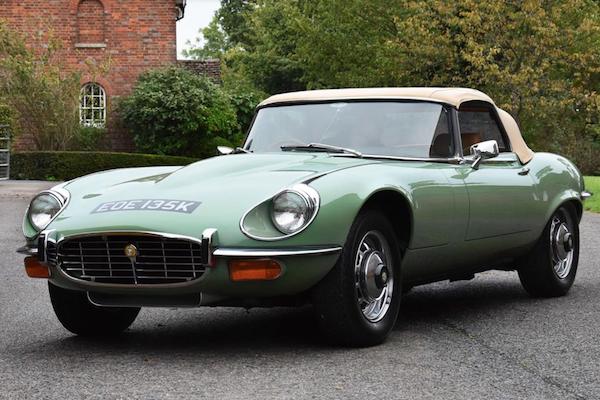 Residing with a private owner in Middlesex, South East England, this vehicle was once owned by Liverpool and England Legend, Kevin Keegan OBE.

Finished in period with a factory correct Jaguar Willow Green exterior and matching biscuit leather interior and hood, the car retained the same charm as when it rolled off the production line in 1972.

The vehicle’s current owner approached E-Type UK to restore the vehicle to its former glory after suffering an unfortunate accident, which left the 70s classic battered and bruised.

This once loved E-Type arrived at E-Type UK’s Kent-based facility for bodywork crash repair and a full respray in its original colour.

Andrew Comben, Chief Executive of Brighton Dome and Brighton Festival, shares his vision for the future of arts and culture in Brighton....