The City of Bath 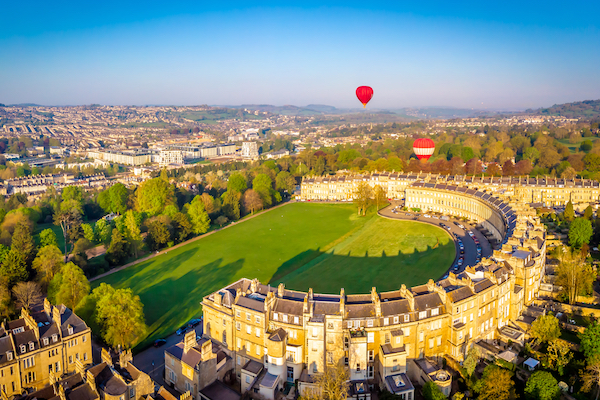 Having treated you to a whirlwind tour of some of the world’s finest scuba diving resorts recently, l thought it might be time to reflect what so many of us are doing at the moment, staycations. I haven’t been to Bath for years so it was great to return to this fascinating city. Bath is in a beautiful location in Somerset, in the valley of the River Avon and 97 miles from London, a straight shot along the M4.

Although the natural hot springs that make this city so famous have been there for thousands of years, they came to prominence when the Romans arrived in 60AD. As they were such lovers of bathing, they descended on Bath and started building one of the finest natural baths in the world.

A temple was also constructed in AD 60– 70, and a bathing complex was built up over the next 300 years. Engineers drove oak piles into the mud to provide a stable foundation, and surrounded the spring with an irregular stone chamber lined with lead. In the 2nd century, the spring was enclosed within a wooden barrel-vaulted structure that housed the caldarium (hot bath), tepidarium (warm bath), and frigidarium (cold bath).The ceiling structure is long gone sadly.

The town was later given defensive walls, probably in the 3rd century. After the failure of Roman authority in the first decade of the 5th century, the baths fell into disrepair and were eventually lost as a result of rising water levels and silting. Bath Abbey was founded in the 7th century and became a religious centre; the building was rebuilt in the 12th and 16th centuries. In the 17th century, claims were made for the curative properties of water from the springs, and Bath became popular as a spa town in the Georgian era. Georgian architecture, crafted from Bath stone, includes the Royal Crescent, Circus, Pump Room and Assembly Rooms where Beau Nash presided over the city’s social life from 1705 until his death in 1761. Many of the streets and squares were laid out by John Wood, the Elder, and in the 18th century the city became fashionable and the population grew. Jane Austen lived in Bath in the early 19th century. Further building was undertaken in the 19th century and following the Bath Blitz in World War II. The city has software, publishing and service-oriented industries. Theatres, museums and other cultural and sporting venues have helped make it a major centre for tourism, with more than one million staying visitors and 3.8 million day visitors to the city each year.

There are several museums including the Museum of Bath Architecture, the Victoria Art Gallery, the Museum of East Asian Art, the Herschel Museum of Astronomy, Fashion Museum, and the Holburne Museum. The city has two universities – the University of Bath and Bath Spa University – with Bath College providing further education.

It is such an easy city to walk around as the centre is quite compact and there is a plethora of restaurants, bars, cafes and hotels. I find it a little like Brighton in that there is quite a young population, it has a long heritage and plenty of independent shops - along with beggars and, after 10pm, a fair few drunk stag and hen parties.

THE GAINSBOROUGH BATH SPA
(from £366)
The Gainsborough’s unique selling point is its substantial Romanesque spa – the only hotel spa in Bath with access to the city’s natural thermal waters. Other enticements include the prime, central location, extremely comfy bedrooms, excellent, creative food and first-rate service. 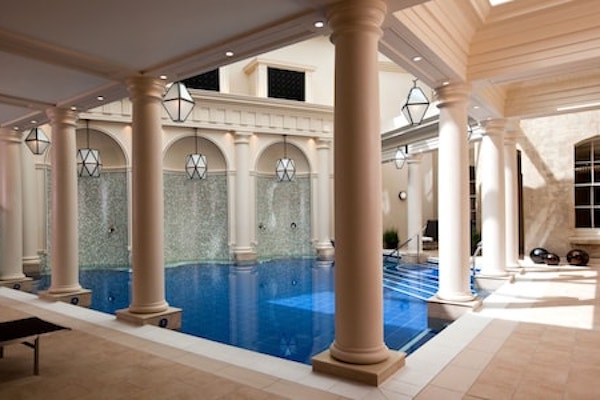 THE ROYAL CRESCENT HOTEL & SPA
(from £496)
This luxury hotel encompasses two townhouses in Bath’s showpiece Georgian crescent, plus a large and beautiful garden and further buildings to the rear. It combines 18th- century heritage with 21st-century indulgences. Expect elegant and individual bedrooms, first-rate food and an enticing spa. 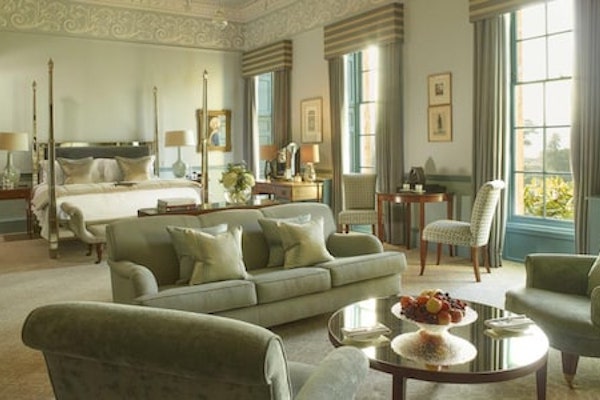 NO.15 GREAT PULTENEY
(from £266)
The loveliest street in Bath, running between Pulteney Bridge and the Holburne Museum, is home to this well appointed and imaginatively designed boutique hotel set in a Georgian Grade I-listed building, which has recently enhanced its image with the opening of a terrific spa. 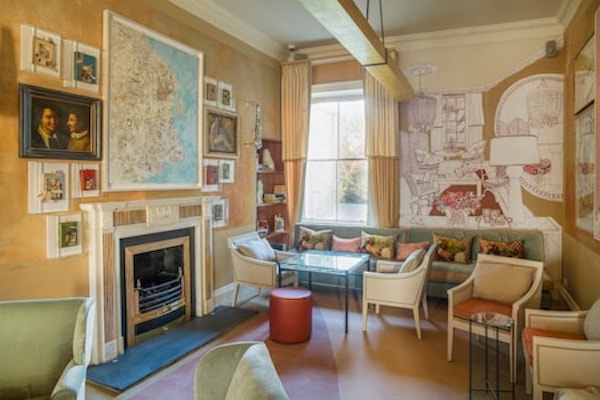 THE QUEENSBURY HOTEL
(from £242)
Spread over four interconnected Georgian townhouses, this privately-owned, contemporary-styled hotel offers individually designed bedrooms, plenty of value, a slightly irreverent tone and Bath’s only Michelin-starred restaurant. The location – central, quiet, in an upmarket part of town – is hard to beat. 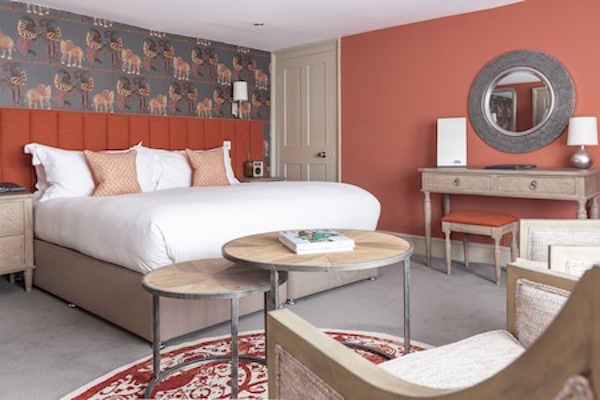 COMPLAINT
As we were there in the middle of August, it was packed and there were few options available, so we booked the Doubletree Hilton. A reasonable hotel but for the money gouging. In 2020, can you believe there are still hotels that charge £12.99 per day for the use of internet?? Not only that, but if you try to hotspot off your phone, a message appears to say that the connection is unsafe and deters you. Then there is a charge of £30 if you want a late check out, £30 for early check in, which at 4pm is the latest check in l have ever encountered. £17 for parking, £10 for breakfast and l would not be surprised to see a charge appear on my statement for the use of the sheets! I know hotels have to make money but really, ripping off one’s guests is not the way to build loyalty and custom and l heartily recommend that you avoid this hotel, and any like it, as it is the only way they will learn.

THE ROMAN BATHS
The Roman Baths are of course the main draw. Incredible architecture, remarkable building work by the Romans to channel the 46 degree natural spring water to all the right places around the complex and l could sit there for hours just taking it all in. It is a shame that you cannot use the baths. I know it is a Unesco World Heritage site but after so many centuries, what harm could we do? Why not limited tickets to bathe for 30 minutes and really soak up the atmosphere. 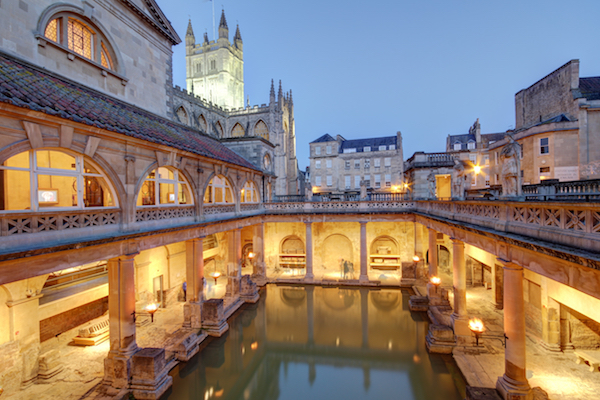 BATH AQUA GLASS
You can watch glass being blown at the Walcot Street branch of Bath Aqua Glass and buy a vase, some simple pale blue tumblers or a piece of jewellery afterwards. Glass-blowing and paperweight-making classes are available too. 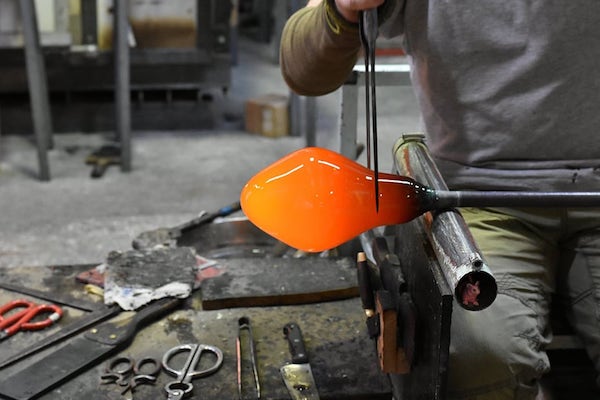 THERMAE BATH SPA
This is the UK’s only naturally hot spa and offer steam rooms, an ice room, infra-red sauna and stunning roof top pool that sits up amongst the spires of the Abbey. 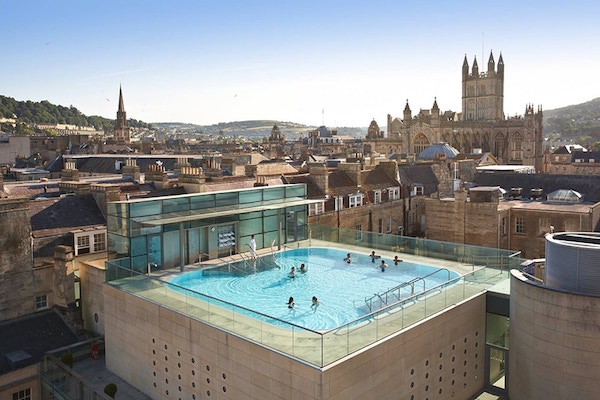 SALLY LUNN’S BUNN SHOP
Seriously, l had to keep saying it. This is located in the oldest house in the city, built in 1482. Solange Luyon changed her name to Sally Lunn as no-one could pronounce her name when she arrived from France in 1680, and she brought with her the secret recipe for a rich, brioche style bun. Eaten with sweet or savoury toppings, it is huge and fabulous. 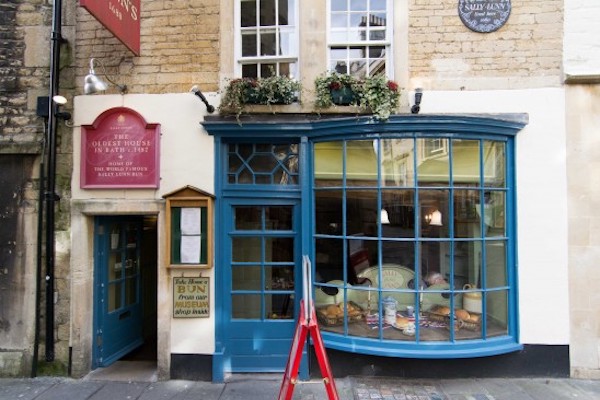 The surrounding area is really worth some time too. Stonehenge is an hour drive away and on through the New Forest to the A27 at Southampton. Glastonbury Tor, the Cotswolds, Salisbury, Cheddar Gorge (pictured right), Westonbirt Arboretum and Longleat Safari Park are all within an hour or so’s drive and well worth a visit.

Most places are now open after the Covid nightmare although you will find queues to get in, the requirement for face masks and if you try to park in the city, you will spend the entire time trying to park, so don’t. Leave the car at the hotel and take Hobsons Pony.

77 Why Should We Celebrate Difference?

Differences are what define us, bind us and make us all beautiful and complex beings. Differences should be celebrated because when...