READ NEXT
View from the top 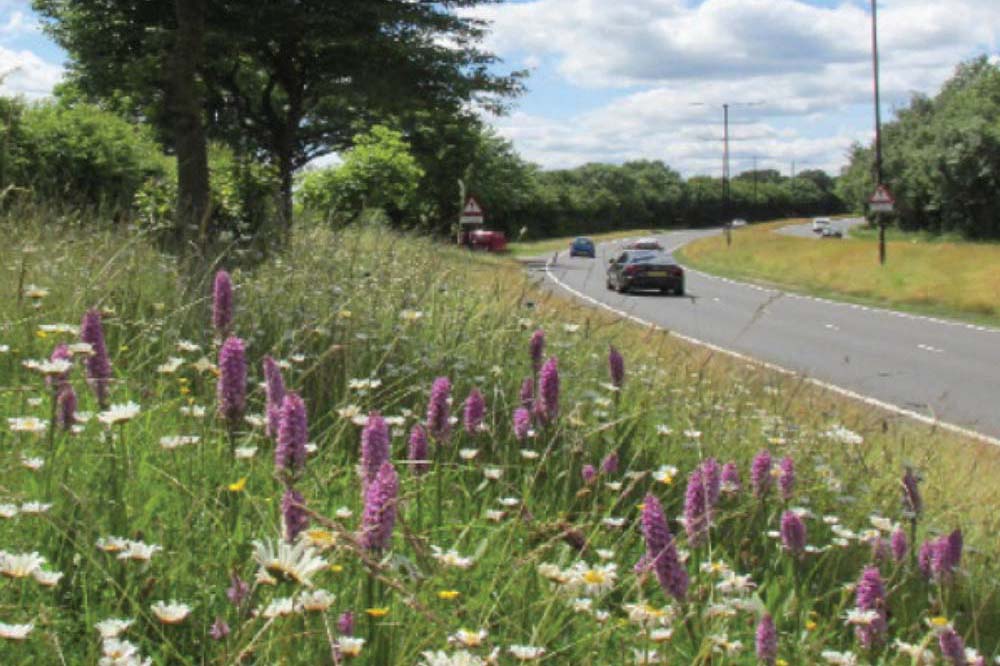 Climate science tells us, in no uncertain terms, that the world’s climate has changed – and continues to change – at an unprecedented rate. Now, as we stand at a crossroads, we’re faced with a choice: ignore repeated warnings to reduce our carbon emissions or take action before it’s too late.

The good news is that many organisations, large and small, have recognised their responsibility to contribute towards creating sustainable communities and ensure that they leave a sustainable legacy for generations to come.

In Surrey, several companies are committing to this path. Amey, a highways and infrastructure specialist that collects the waste of four district councils in the county, is one of them.

So how, exactly, is Amey spearheading change, not just in Surrey but nationwide, and how is it laying the foundations to ensure that sustainability, in the widest possible sense, remains at its core? To answer this, we need to explore the wider picture.

WORKING TOWARDS NET ZERO
The UK has committed to move towards a net zero emissions economy, whereby any emissions generated are balanced by the equivalent amount being absorbed from the atmosphere, in order to halt the negative impact of climate change.

To meet the 1.5 degree Celsius global warming target reduction, as set out in the Paris Agreement, many developed nations including the UK are aiming to meet net zero by 2050. To support this, Amey is working closely with its clients to help them achieve their sustainability-led ambitions, all of which require bespoke solutions.

Given the sectors in which Amey operates this is no small feat. Yet, through collaborating with our supply chain network and local councils UKwide, we’re on course to achieve this target and improve the lives of those living within the communities in which we operate.

And this isn’t purely long-term thinking; much of the work is happening in and around communities now. Take Surrey, for example, where Amey collects the waste of Mole Valley, Woking, Elmbridge and Surrey Heath residents. This year alone the waste collection team has reduced carbon emissions attributable to vehicle idling by 42% across its entire fleet. Using telemetry data, we can establish idling levels by each individual lorry and driver from the moment the vehicles leave the Elmbridge depot on Mill Road, Esher. From this information we can then seek to change behaviour.

Yet, reducing vehicle idling is only a small part of a wider series of initiatives that Amey is currently rolling out as part of its green transport commitment; a commitment which, through working with the Carbon Trust, decarbonising our entire fl eet and transitioning to electric and alternatively fuelled vehicles, may soon see vehicle idling become a thing of the past.

GREENER, LEANER FLEETS IN PARTNERSHIP WITH LOCAL COUNCILS
The efficacy of governments around the world, which are often voted in for four and five-year terms, is often a source of debate. After all, how can a government realise its true vision, particularly one set to span three decades, as is the case with the journey to net zero, if it only has a relatively short timeframe in which to implement it?

This is where Amey differs. Many of our contracts with local councils run for over two decades, a period of time in which we can implement real change and where long-term visions can be realised. Our 25-year Streets Ahead partnership with Sheffield City Council and our approach to adopting a low carbon fleet in the city illustrates this.

Using a PAS 2050 carbon forecast model - the British standard widely used by businesses to calculate the carbon footprint of their goods and services – we established that a key source of carbon emissions was linked to the project’s supply chain, which included Amey’s vehicle fl eet. Working in collaboration with the council, we began trialling hydrogen and electric vehicles across our light commercial fleet, the result of which has already saved 1,791 litres of diesel and reduced CO2 emissions by over three tonnes.

Over the vehicles’ lease period, we expect this figure to increase to 5,625 litres and 14.6 tonnes of CO2 emissions. Carbon reduction of this scale does not end at Amey’s electric and low carbon vehicles; our impact is also being felt across many areas of the business.

Amey’s commitment to biodiversity has seen us work closely with Highways England and we’ve also established a number of UK-wide tree planting initiatives. As part of The Living Highways Project, and through our work with Sheffi eld City Council, we’re looking to establish if biodiversity and ecosystem services can be enhanced on road verge sites, all whilst reducing maintenance costs.

A LIGHT BULB MOMENT
Another example where our positive impact is being felt is the more nuanced area of highways maintenance: street lighting.

To date we have installed over 200,000 LEDs in streetlights within 14 local authorities, which is not only cutting councils’ carbon, but also their cost. In August alone, Amey won the contract to upgrade City of Bradford Metropolitan District Council’s 56,500 street lighting assets, which will see 48,300 existing streetlights replaced with LEDs – a move that is expected to reduce energy consumption and carbon emissions by 65%.

As with any major shift, particularly one that requires the adoption of new technology, there is a cost. Therefore, making sustainability as accessible as possible on the journey towards net zero is essential – particularly for local councils who are already expected to achieve more with less.

THE ROAD TOWARDS A GREENER ECONOMY
Earlier this year, Amey, in collaboration with the Association of Directors of Environment, Economy, Planning and Transport (ADEPT), launched a Green Finance Toolkit to help local authorities with green finance.

The move supports the government’s Green Finance Strategy, which seeks to ensure that government and the public sector work together to fund green projects and align private sector investment with clean, sustainable and resilient growth.

Through our own series of initiatives, Amey is very much on the road to net zero. In fact, every solution designed by Amey will include a low carbon option by 2023. However, in order to make it viable for all of our stakeholders, from local councils through to our suppliers, we have to make low carbon solutions accessible and practical.

Given our success to date, both at a Surrey level and nationwide, and through our on-going commitment to addressing the growing climate emergency and a range of measures designed to improve bio-diversity, we are confident that we will not only achieve net zero in advance of the government’s target, but also play a significant role in shaping sustainable communities as part of our journey.