READ NEXT
Cyber security - then and now 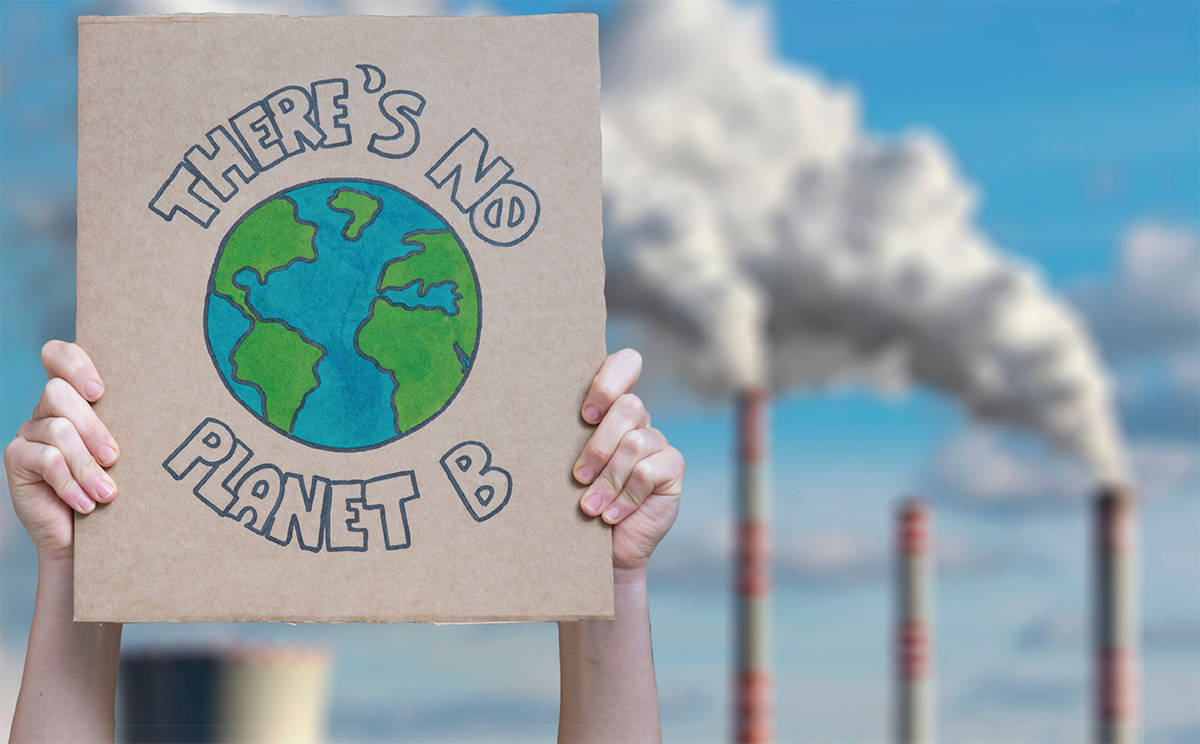 There are various ways to look at how our current pandemic situation occurred:

Or could it be that the planet has a way of protecting itself and, tired of the havoc we humans have created, by logging, chemical use, overfishing, plastic production, sedimentary runoff, intensive farming and over population, Mother Nature has decided to strike back and get rid of the problem –humans. Let’s face it, we are the only species on the planet that cause such harm and we have ample evidence of the planet being able to self-regulate and protect itself.

The most shameful aspect is that we have been warned about this for decades. The environments, of course, but also from just watching what is happening to our planet.
More and more children have asthma and other breathing problems, fish catches are down year-on-year to the point that a single blue fin tuna is now worth over £4million.

Coral reefs have been disappearing dramatically year on year, carcinogenic plastics are found in the gut of over 90% of marine life, the extinction of animal species grows year on year and the advent of rising sea levels, floods, heatwaves, hurricanes, typhoons and landslides due to deforestation, is glaringly plain for all to see.

And what do we do about it? We ask questions of government and then set up another totally useless committee which spends years thinking about it, only to return with some harebrained scheme that achieves a sum total of nothing.

So if you were Mother Nature, what would be the best way to deal with these stupid, destructive humans? My answer would be to either kill them off or to make them hide away from nature thus giving it time to recover – and hiding away is exactly what we are being forced to do – coincidence? I think not.

It might be that we will find the vaccine that protects us all and, if we have not learnt any lessons and continue as before, nature will bring along another virus that will wipe a bunch of us out to see if that teaches us the lesson. If not, then the next one will erase us all. But our lack of involvement in nature due to the lockdowns has other far -reaching consequences that just exacerbate the problems.

In the Amazon rainforest, environmental authorities are reining in monitoring and protection operations. In the Masai Mara and Serengeti, nature reserves are taking less tourist revenue, which means they are struggling to pay rangers. Conservation groups fear this will open the door to more illegal poaching, mining and logging, especially now that local people are losing income and need new ways to feed their families.

“In the short term it would be dangerous to think that a downturn in economic activity is a benefit to nature,” said Matt Walpole of Fauna and Flora International. “There are significant risks.”

But the global lockdown has other far reaching affects. Citizens in Northern India are seeing the view of the Himalayan mountain range for the first time in their lives, due to the drop in air pollution caused by the country’s lockdown. Those living in Jalandhar in northern Punjab have shared pictures of the mountains from rooftops and empty streets, amazed by the view which has been hidden by pollution for 30 years.

In Northern America, orcas have also seemingly been encouraged to explore by humans’ momentary lack of presence, with locals reporting spotting the majestic whales in parts of a Vancouver fjord for the first time in decades.

The pandemic has also shown that pollution lowers our resistance to disease. More exposure to traffic fumes means weaker lungs and greater risk of dying from Covid, according to scientists at Harvard University. As the UN’s environment chief, Inger Andersen, put it, nature is sending us a message that if we neglect the planet, we put our own wellbeing at risk.

This is presented as the comedy in our tragedy. Cartoonists have depicted throngs of tourist animals gawping through city windows at humans under lockdown. Commentators are even talking of the “post-human” era – a mocking rejoinder to the idea that we live in Anthropocene, a period of human domination that is reshaping the planet. Humour does not get much blacker. We are laughing at our own decline – and assuming that nature will be the beneficiary.

The coronavirus pandemic has brought chaos to lives and economies around the world. But efforts to curb the spread of the virus might mean that the planet itself is moving a little less. Researchers who study Earth’s movement are reporting a drop in seismic noise — the hum of vibrations in the planet’s crust — that could be the result of transport networks and other human activities being shut down. They say this could allow detectors to spot smaller earthquakes and boost efforts to monitor volcanic activity and other seismic events.

If anything, this should be a moment to reconsider human relationships with animals and understand that the pandemic “emerges out of an increasingly dysfunctional relationship between human communities, other animals, and the broader environment”. The real story of this pandemic, especially when viewed in relationship to animals, is that we humans are the beasts who have caused this particular zoonotic disease as with several in the past and – in all probability – others lying ahead in the future.

The “animals are flourishing in the absence of humans” also has a deeply troubling history, one that has played out – with not a small amount of violence – in much of the world. Implicit, if not explicit, in these narratives of animals enjoying spaces devoid of human presence is the long shadow of a still-strong tenet of conservationism – that humans and animals cannot co-exist. In order to preserve animals and birds we need to carve out spaces of pure wilderness in which no humans can continue to live. The impact of the American wilderness movement and Northern brands of environmentalism on the global South are by now well-documented and critiqued.

In the first place, the drop in air pollution doesn’t mean carbon emissions are globally down. The latest figures note that there has been a 17% drop in daily emission of the greenhouse gas. While this is unprecedented in recent times, we need to note that 83% remain on and that we are still very far off from reaching the Paris agreement figures.

If there was one mitigating circumstance about the coronavirus pandemic that first hit Britain in January 2020 it was that the virus struck in the early part of the year, when the northern hemisphere was entering into springtime.

The coronavirus spring that followed turned out, in fact, to be a remarkable event, not only because it unfolded against the background of the calamitous disease, but also because it was in Britain the loveliest spring in living memory. It had more hours of sunshine, by a very substantial margin, than any previous recorded spring; indeed, it was sunnier than any previously recorded British summer. It meant that life in the natural world flourished as never before, just as life in the human world was hitting the buffers.

In summary, we can latch onto the good news if we so choose but there is only one honest result of all this - humans have raped the planet, eaten most of the animals or shot them for fun, and polluted the rivers and seas. If it took us 100 years to cause this damage, it is surely right to assume it will take at least 100 years to correct it. Trouble is we do not have 100 years. Experts generally agree that we have 20-30 years before it is too late. And in that time, it would only show an effect if we immediately ceased all burning of fossil fuel, halved the global human population, ceased all use of chemicals and plastic production, stopped eating fish, planted millions of trees and felled none and so on.

I would dearly love to end this on a note of optimism but alas, there is none. We have fatally wounded the planet and now we will spend the next generation paying for it - and in all likelihood, our children will pay the ultimate price.

82 The art of effective remote leadership

82 Cyber security - then and now

Don’t be an ostrich. Cyber has evolved. Has your cyber security? By Scott Nursten, ITHQ...

82 Necessity is the mother of invention

Has Plato come into his own in this pandemic? This is how MDHUB members proved him right...