The Owen Paterson affair and other Sordid misdemeanours

READ NEXT
Shaping your future 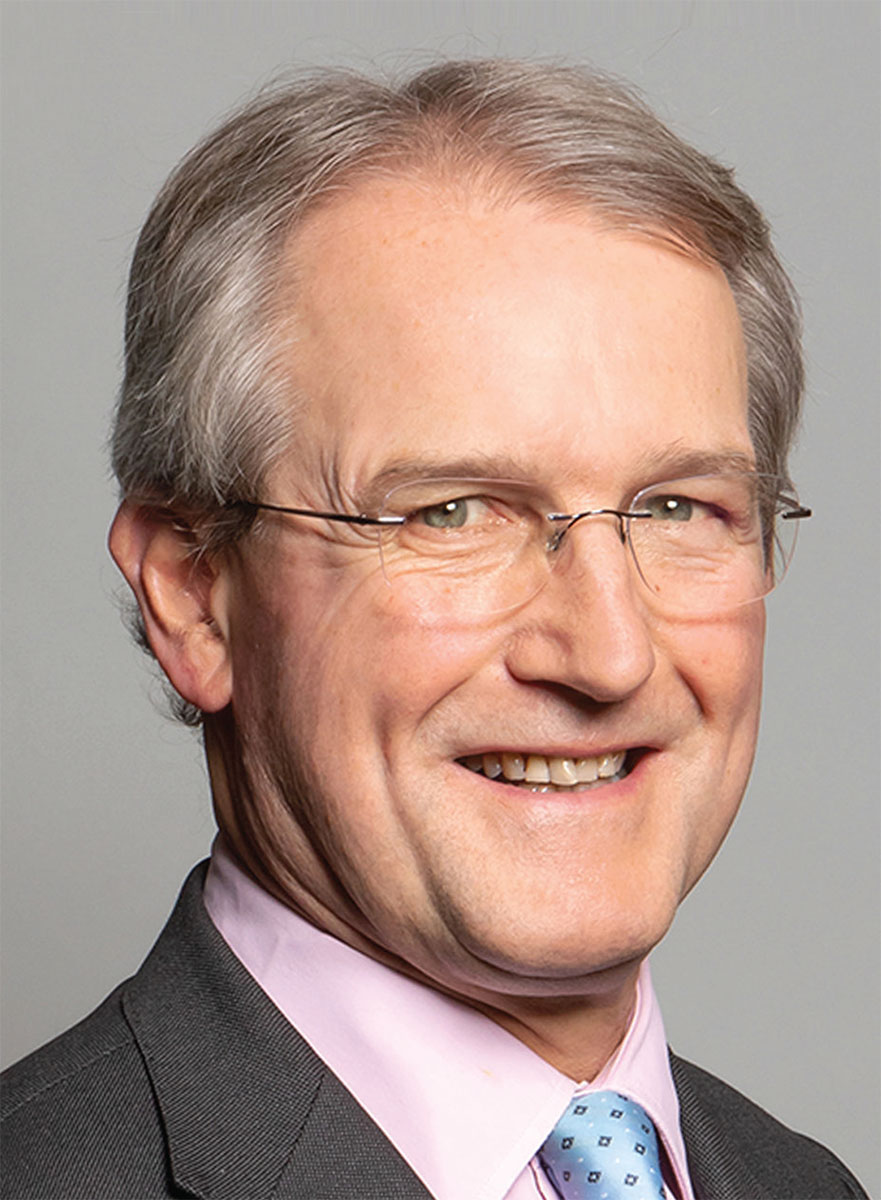 It had, and probably still has, all the familiar hallmarks of the unedifying stench of lazy, corrupt politics that has made the public so sick and cynical of politicians generally and politics specifically.

However, even now, there are places we haven’t been before. Insular, inward-looking commentators may sneer at how many other countries, especially those outside western Europe, conduct their politics, but what we have witnessed in the past month has allowed the UK to enter the trough of the truly murky and the corrupt.

Owen Paterson MP was, despite his howls of protest, accused, and found guilty of, paid lobbying by the Parliamentary Commissioner for Standards, Kathryn Stone. But it’s what happened next that is more concerning.

First though, a brief look back 25 years…

How have we got to where we are?
Given that the Palace of Westminster has, in the words of Tony Blair ‘often been the place of low skulduggery’, it’s probably most pertinent to start with some history of political misbehaviour.

The 1990s political scene was one very much beset two competing ideologies; on one side, Conservative Prime Minister John Major attempting to steer his tiny majority through Parliament, while Labour on the other side, firstly under reformist John Smith, and ultimately ultra-reformist Tony Blair saw their chance to take the all-important middle ground while Major struggled with his party.

Major, who was not expected to win the General Election in 1992, spent much of his time in office trying to quell the various factions within his Parlia-mentary Party. The Eurosceptics, as they were known then, were vociferous but who were still the minority, took up a certain amount of time. But the real eye-openers were those indulging in what the tabloids lazily called ‘sleaze’.

It wasn’t only the cash-for-questions affair, Tory MPs could be taken to task for having extra-marital affairs – even David Mellor. It may seem twee now, but for a party which sought to promote family values, and still promoted Clause 28 of the Local Government Act (which sought to ban the education of homosexuality), the whole enterprise was taken down by the worst of all political considerations – hypocrisy.

In the end, despite John Major’s best efforts to bring his party and the House of Commons into line – he set up the Committee on Standards in Public Life (often referred to as the Nolan Committee) in 1994 – most political commentators point to hypocrisy and the ‘sleaze’ as two strong reasons for the Conservatives’ crushing defeat in the 1997 General Election.

The Nolan Committee has by no means only pointed its finger at the blue corner. The Labour government faced ‘cash for access’ accusations when it was alleged the formula 1 magnate Bernie Ecclestone gave a £1m donation to the party in return for the sport being exempted from the ban on tobacco advertising. The cash was later returned.

Former Trade Secretary Peter Mandelson resigned from the cabinet over allegations he misled
the Britannia Building Society in his mortgage application by not disclosing he had a six-figure loan from former Labour minister Geoffrey Robinson. Former Home Secretary David Blunkett resigned twice. The first time followed reports that a visa application for his lover’s nanny had been sped up. He resigned again over allegations he had not revealed his financial involvement with a private DNA testing company.

It’s interesting that it’s mostly government ministers caught in the spotlight, but then again, what value is there in ‘buying’ an Opposition MP?

Today, Prime Minister Boris Johnson has taken on a very different approach to dealing with – let’s call it for what it is – corruption within Parliament. Those who listened to Sir John Major’s recent interview on Radio 4’s Today programme would have been left in no doubt as to how the Conservative administration has changed in the 25 years since Major’s exit. And not, in the latter’s opinion, for the better.

The Owen Paterson Affair
Owen Paterson was, from 1997 until November 2021, Member of Parliament for North Shropshire. He held two Cabinet posts under David Cameron’s leadership between 2010 and 2014, including Secretary of State for Northern Ireland.

In October 2021, Paterson was found by the Independent Parliamentary Commissioner for Standards to have breached paid advocacy rules for making three approaches to the Food Standards Agency and four approaches to the Department for International Development in relation to paid consultancy work for two Northern Ireland firms amounting to over £100,000 a year. The Commissioner recommended a 30-day suspension from Parliament for Paterson.

Implementation of this recommendation is something only fellow MPs can decide upon.

And this is where events took a dark, sinister, unprecedented turn, in stark contrast to Major’s reaction to misbehaviour in his party during the 1990s. Instead of allowing the Standards Committee to complete its task by allowing MPs to have their vote, backbench Tory MP Dame Andrea Leadsom stepped in with an amendment to allow an entirely new process to take place with a new committee, and a new set of rules.

This was seen as merely a delaying tactic, but amazingly the Conservative Party leadership issued a three-line whip – and therefore made it government policy – on its own parliamentary members in order to save Owen Paterson.

Feeling boisterous, Paterson went to the media insisting Kathryn Stone, Parliamentary Commissioner for Standards (who recommended Paterson’s suspension), be removed from her role because, in his view, she had undertaken her job in a biased manner. Other voices joined in. Stone, for her part, re-iterated her own status as an independent commissioner.

Boris Johnson and Leader of the Commons, Jacob Rees-Mogg really hadn’t read the room, and when some Conservative MPs openly declared their dissatisfaction with the whole matter, and with Labour saying that they had no intention of taking part in the new process, the government undertook a U-turn.

Paterson himself was not warned of the U-turn; he was in a supermarket, confidently feeling he had his party leadership on his side over any sense of proper justice. This left him isolated, and with no choice but to resign. Johnson and Rees-Mogg have themselves since sought to distance themselves from the affair.

But in politics, as in many walks of life, mud sticks.

As a footnote to this story, on December 16th, voters in the North Shropshire by-election ousted the Conservatives for the first time in nearly 200 years, with a swing to the Liberal Democrats of 34%. If Johnson, Rees-Mogg, and more importantly Paterson had accepted the punishment first time, the matter would have been dealt with, and moved on from, by this time.

‘Second jobs’
One of the many considerations coming out of the Paterson affair was whether MPs should have ‘second jobs’. This, in itself, raises many questions, while frankly not answering all that many. For a start, how does one define a ‘second job’?

In 1995, the Standards Committee said that not having them would “not serve the best interests of democracy”. It argued that Parliament needed “a wide range of current experience which can contribute to its expertise”. So is banning a second job a good idea? There does appear to be an element of throwing the baby out with the bath water.

Paterson broke specific Parliamentary rules on lobbying, which was deemed a conflict of interest. It’s not the fact he had a second – and third – job that’s the issue; it’s how he went about undertaking those jobs that did for him.

The BBC lists over 30 MPs across all parties with paid second jobs unrelated to their qualifications. The highest number of MPs with ‘second jobs’ work in law. This includes current Labour leader Sir Kier Starmer, who earned £100,000 for legal work, and writing and making speeches in-between becoming an MP in 2015, and becoming party leader in 2020. GPs and health professionals come in second for MPs’ qualifications.

So what does the electorate want of its Parliamentary Representatives?
To ban second jobs outright is to miss the point. Of course, the main purpose of being an MP is to represent your constituents in Parliament. This is a full-time job, which makes having a second job gives the impression that any given member isn’t undertaking their Parliamentary role as fully as they could.

Pause for an unpopular opinion – the majority of MPs undertake their roles with dedication, professionalism and diligence. The media would have us believe – and they’ve done a good hatchet job on this – that all MPs have their snouts in the trough and are only in it for themselves. This is an unfair critique to offer across the board. Of course there are bad apples in the Commons, and just one is one too many.

But if this were really the case, the outrage would be that much greater. For those MPs not under the daily microscope to the same extent, they instead are dismissed as ‘grey’, ‘faceless’, ‘unknown’, ‘boring’, ‘irrelevant’, or, at its most charitable ‘a backbencher’. If that’s what it takes to be an effective MP, representing their constituents in Parliament, then so be it

MPs are often professionals themselves, and for the most part don’t live in a bubble. To offer expertise in their own time should come with its own rewards. However, if they can demonstrate that they are fulfilling their role as an MP on the full-time basis they are employed to be, then extra-curricular, paid-for work, assuming no conflict of interest, nor rule-breaking ought to be acceptable.

On November 17th, MPs voted through Boris Johnson’s largely needless amendment to an opposition-led debate which stated that MPs who do not prioritise their Parliamentary or constituency work will be ‘appropriately punished’. No mention was made of what that punishment would be, and the Standards Committee is due to report back in February 2022 with its own recommendations anyway.

In other words, the current rules are probably robust enough in themselves, though are likely to be tweaked. The Paterson affair merely sought to highlight that there are senior elements within government who don’t like the rules John Major brought in.

And that, in itself, is something to be concerned about.

92 Challenges when scaling a business

To become an established and successful enterprise, there comes a point where you have to scale up, and that brings its own unique...

92 How to navigate the dividend tax hike

Investors with large portfolios may want to ensure their finances are ship shape ahead of proposed changes to dividend tax. Dividend...

92 Avoiding a Paterson-style car crash in the workplace

Rebecca Thornley-Gibson, Employment Partner at DMH Stallard, explores the lessons to be learned for employers in the wake of the Owen...