A tale of three sisters

READ NEXT
Challenges when scaling a business 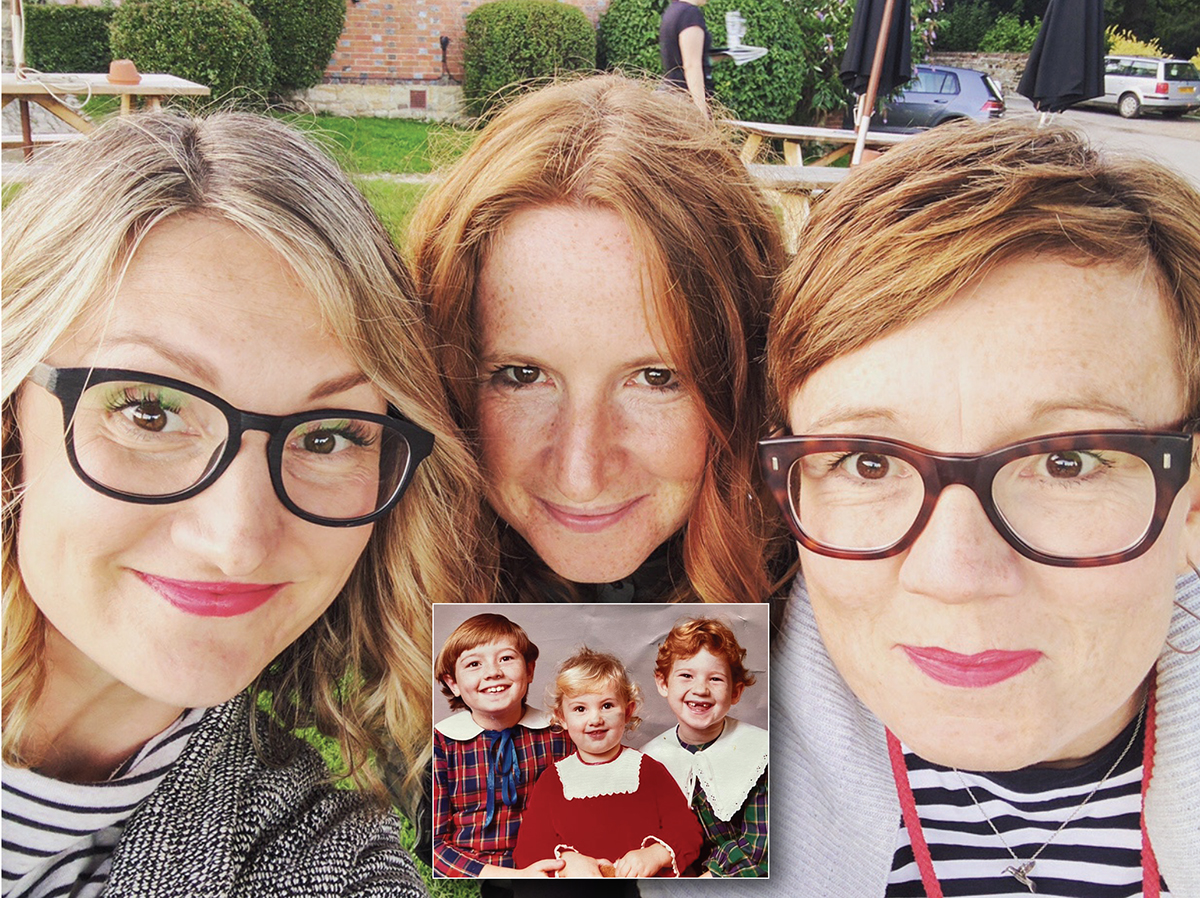 We were thrilled when long-term MDHUB Member Rosie Freshwater of Rume2 introduced her elder sister Molly and younger sister Harriet – Founders of The Secret Linen Store – to the MDHUB in 2019 and have very much enjoyed working with them since.

We were highly curious to see the similarities, differences, potential sibling rivalries and drivers of these three very individual, spirited and highly successful Sussex businesswomen (all still in their 40s) when we brought the three of them together.

Rosie set up leading digital marketing company, Leapfrogg in 2013 in Brighton, selling it in 2016 whilst having the foresight to keep the brand, flipping it into a senior digital retail consultancy, and still running this as part of her business portfolio. This included starting and continuing to run Digital Team on Demand in 2016 as a pool of on demand digital consultants.

Rosie launched Rume2 co-working space in Chichester in 2019 with a business partner, which has now doubled in size since opening and even survived Covid. They are now looking to expand further by franchising. Rosie also works as a Non Exec and business mentor. www.rume2.co.uk

Molly and Harriet founded The Secret Linen Store in 2013. They have navigated through Brexit and Covid to reach a turnover in excess of £8 million and now employ around 30 staff. They sell bed linen and other beautiful bedtime accessories across the UK from their website, and are building a business that cares about people and the planet. They have big ambitions to grow the company, creating lots of exciting jobs on the South Coast and giving back to charities and the wider community. They recently generated over £20k for the Choose Love charity in their Black Friday sale.  www.secretlinenstore.com

As children what did you want to be when you grew up?

Molly: I wanted to work in a shoe shop in Selsey when I was very little and then I wanted to become a fashion designer. I went on to do a foundation course in Art but found the business “too fashioney, too many people tottering around in high heels”.

So I took the decision to go down the Home Textile Designer route as I have always been creative and love looking at fabrics and textiles. Home is easier than fashion.

Rosie: I wanted to be famous but not anymore as I have too many skeletons in my cupboard! I was a “triple threat” -  singing, dancing and acting. I went on to do drama at Uni but it did not quite pan out – I never had an aspiration to run my own business. I had absolutely no comprehension I would end up in a business career.

Harriet: I didn’t know and still don’t know really as I change my mind a lot. I have no aspirations to be anything for more than five minutes. I had wanted to be a singer and still love singing. I also went through a phase of wanting to be a teacher and a Mum – I did not want anything academic, business or too stressful! I dropped out of college twice after two weeks, I have no A-levels and didn’t like being taught as I like to get on with doing things myself. I learn by doing things and like to work alone. I then decided to work in finance as I like numbers and started training to be an accountant but also dropped out of that, ending up in marketing, which I just fell into. I did not ever think about running a business and had no idea what an entrepreneur was early on.

How competitive were you growing up and given your age differences, was it a problem?

Molly: I am between Rosie and Harriet in terms of competitiveness. I am quite easy going. I want to be best that I can be at everything and can compete with my own self – Rosie brings it out in me! Rosie always goes the extra mile – home made everything! But she has mellowed since she had kids –it’s not all about Rosie anymore! I am really proud of them both now and don’t think we have anything to be competitive about these days.

Harriet: I was not competitive at all – I don’t really care, as I was in the “middle” but I do find I am now competitive with Rosie in later life. Rosie brings it out in me – not privately but professionally and quite secretly (this was a new one on Rosie who had not recognised it).
I guess I am trying to prove I can be as successful as Rosie.

Rosie: I am ultra-competitive but maybe not as much as I used to be. Particularly with Molly – as closer in age (20 months) than Harriet (five years younger) and I was also competitive with the world – whatever I did, I wanted to be better than anyone else.

I have changed a bit. I sort of felt my place in the family was to be the successful one, but it is great to see my sisters now handle it as part of the journey and to come to me for help. I am now in a Non-Exec role with The Secret Linen Store.

There is a fourth Freshwater sister Libby – who is 12 years younger than Molly, who works with Rosie. Apparently, Libby does not have an ounce of competitiveness in her body. Maybe it’s because she is the youngest.

Were Mum and Dad Freshwater entrepreneurs?

Whilst there is a family history of successful entrepreneurs, Mum and Dad both have a very strong sense of community and liberal, socialist principles. Dad was a super clever Maths teacher who went into HR and on to be Director of HR for Everest Double Glazing. We are not sure how much he enjoyed it but with four children, needs must. He also get to stay away three nights a week, which probably gave him a welcome relief from all of us. Our Mum went back to college at 50 to train as a landscape designer. Dad is the person least driven by money. They sent us to an average High School, not Mallory Towers.

When we were kids he wanted to buy a sensible Peugeot but we all wanted him to buy a big shiny Mercedes.

What do you think is the biggest life skill your parents have instilled in you all?

Harriet: Be nice to people. Be kind and always smile.

Rosie: Mine is totally different! Absolutely try your hardest at everything they do! Dad’s favourite phrase was – “Freshwaters never miss school unless they are dying!” Never give up – no point in doing anything unless you do it to the best of your ability.

At social events, he taught us that FHB (Freshwaters Hold Back) – which taught us to let other people go first –and not dive headlong into the buffet. Be nice, polite and let others go first and don’t eat all the food!

Molly: I never felt I was pressured to do well but to be the best you can be which I have passed onto my daughter Mabel. They gently guided us to make decisions - there was no “you must do this“! And they gave us unwavering support to allow us to be who we wanted to be but with good boundaries.

What do your parents think about your collective success?

As Mum and Dad are big socialists, we are not sure if the fact that we are growing businesses might sit at odds with their belief systems. We know that they are proud of us but probably not that interested. They always ask how we are doing individually but we don’t talk about it when we get together as a family. They seem far more interested to move on to talk about our interests outside of work like pottery, sewing, singing and how we are doing personally.

Given that you run separate businesses do you feel that helps with not falling into the classic family business issues when several generations are involved?

Harriet: I work with Molly, my husband and brother-in-law and whilst it can be more challenging on occasion there are many benefits from a trust perspective. We try hard not to talk about it at home, we try to be very strict but sometimes I have to pull rank on my husband, so it is a balancing act. He does a great job but he has a different work style and I respect that.

Rosie: My husband has worked for me since I set up my first business and Libby is also my employee and again trust is so important. Although sometimes it is hard to separate out conversations with a “boss / employer “ hat on. Rosie commented that she would never work for her parents in a billion years, nor would she want her kids to work for her.

As a recent addition to the Secret Linen Store Board, the sisters are all in agreement that it works really well. Rosie feels that there is a good element of removal as no one is anyone’s boss but is also very candid in saying that she would have been astounded a few years ago if she had ever envisaged it working out so well working with Molly and Harriet.

Molly: The only time that lively conversations happen is when she and Harriet are trying to do the same thing – as their roles are so different and they know exactly what they are doing in their individual areas. Trying to have an opinion on the same thing is the only time they really clash. Rosie fills the gaps with the skills that they need.

Every single day l would choose to work with my family over a friend – as issues are always addressed and brought out in the open.

What do you value about each other’s businesses today?

Rosie on Harriet and Molly: The Secret Linen Store  is an incredible business and I can view it from working with other online businesses. No one else has the success story of these two
due to massive hard graft, amazing products and an amazing customer experience – which has been the bedrock of their success.

Harriet on Rosie: Rosie has seen it from the other side so that is why we brought Rosie in to the business as she is thoroughly respected. We felt very motivated as Rosie has always had a business, so we have a lot of respect for her – I would like to try and take some of the credit but I can’t!

If you are interested in finding out more about the MDHUB, please visit www.mdhub.co.uk

The issues include businesses whose staff are getting attacked by aggressive seagulls while trying to carry out maintenance on rooftops;...