READ NEXT
How a digital approach can benefit your business 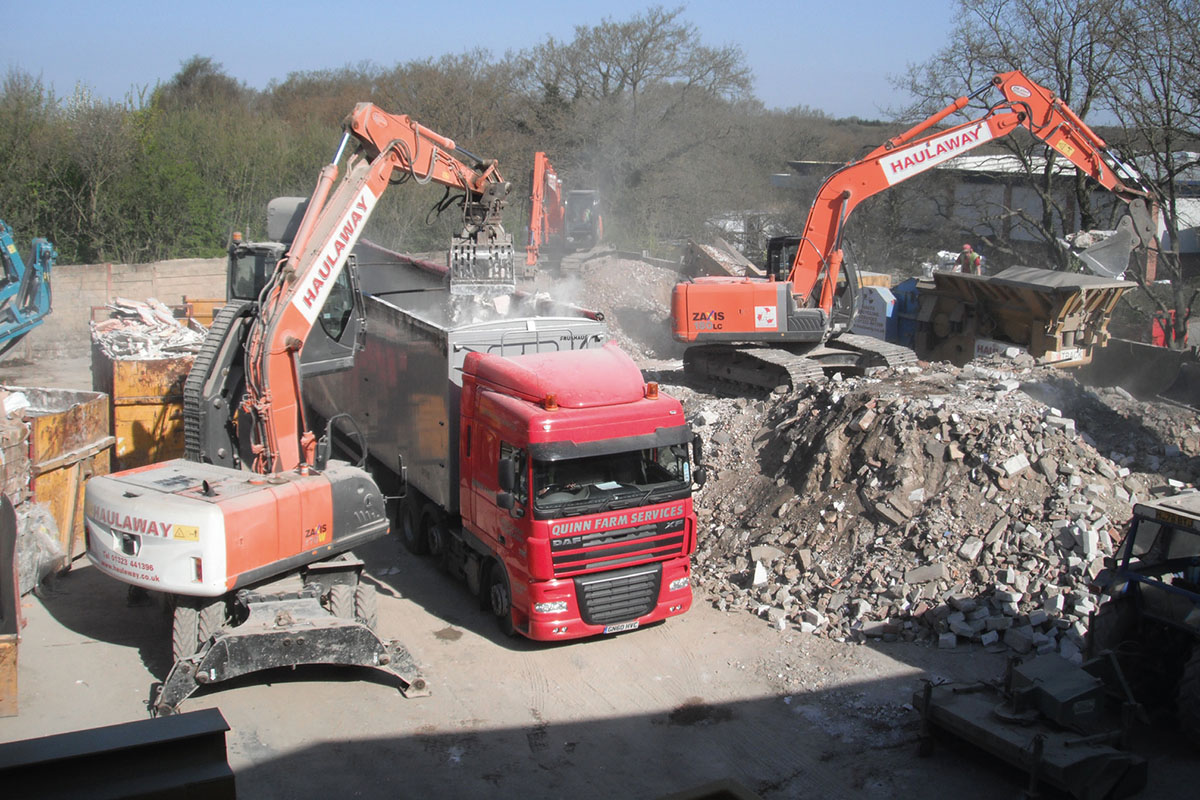 Haulaway Limited celebrated its 30th Anniversary in June 2021. Owner Colin Holloway is assisted by his wife Julie and three children – Lisa as office manager, Sam as logistics manager and Cara heads up HR and along with approximately 45 loyal staff there has been a steady growth of the company. Our opinion has always been that a key factor of success in a company is a great team of workers, many of whom have been with us for over 15 years.

We feel it is important to look after our employees and we see them as an extension of our family. Indeed, pre-pandemic, team-building activities were often held.

The company started with a single Tipper truck hauling aggregate and various other materials. We then purchased a concrete crusher servicing the construction industry in the surrounding area. Soon after we decided to venture into the waste industry and in 1997, our current premises were purchased. The necessary license was obtained from the EA and the exciting work began on building our Waste Transfer Station. Initially with an open area for the sorting and storage of skips along with the crusher, we then progressed to put the majority of the site undercover. Not long after, a large investment was needed in the form of a picking line with different bays to segregate the different waste streams in order to recycle a large proportion of the waste that was brought onto site.

We also run a door-to-door service for our local residents in Hailsham collecting paper and cardboard which is brought back to the depot and baled and sold, and a donation is made every month to a local charity St Wilfrid’s Hospice. We also sponsor the local rugby and youth football team amongst other organisations as giving something back to the community is of great importance to the family.

With an ever-increasing fleet of skip lorries together with a Grab, roll-on roll-off lorry, over 900 skips, and a customer base in excess of 500 companies, it soon meant that the Hailsham Depot was running at full capacity and in order to progress further investment was needed.

In 2007, a large site a couple of miles from the Hailsham Depot was purchased and the vision was to enable the company to recycle as many different waste streams as possible. Planning permission was obtained for a 1,000 sqm building and construction was soon underway, baling recyclables on a small scale. It soon became clear that a much larger building was required in order to service the South East’s needs for recycling. Haulaway is very focused on sustainability and so a further planning application was submitted and with assistance from East Sussex County Council and planning consultants, Waterman Group, this was achieved.

In order to take on such a huge project, funding was required. We were introduced to our local NatWest team in Brighton, led by Dan Sibley and his colleagues. They really took the time to understand our requirements and fully supported us along our journey. In turn, we built a 4,500 sqm building and fully developed the whole of the site.

On November 21st, a 51-metre long picking line was installed by Kiverco, along with various pieces of new plant needed to run the facility and by January this year, the site was fully up and running.

We also run six 44-tonne artic walking floors enabling us to haul the local Council Dry Mixed Recyclables (DMR) to various sites and on return, collect hard plastics from different areas. These are then brought back to our facility where we sort and separate the different polymers to be baled for further recycling. Cardboard is also baled on a large scale and sent for export to various countries.

We currently collect mixed plastics from seven regions in the South East, either under our own transport or direct supply from leading PLC operations and independent waste companies, they are: East Sussex, West Sussex, Surrey, South London, East London, West Berkshire and Kent. We have had enquiries from all over the country so looking ahead to the future, there seems to be no limit to the potential for growth within the company.

Who needs another fast SUV? I do, especially when it’s Maserati’s most powerful production car in its history. How do they...

The Twin Peaks soundtrack by Angelo Badalamenti would have been the perfect score for our meandering drive through the hills of north...

Surrey based Cleankill Pest Control is strengthening its operations in West Sussex and Hampshire with the acquisition of privately...