READ NEXT
Why having a clear exit strategy is so important 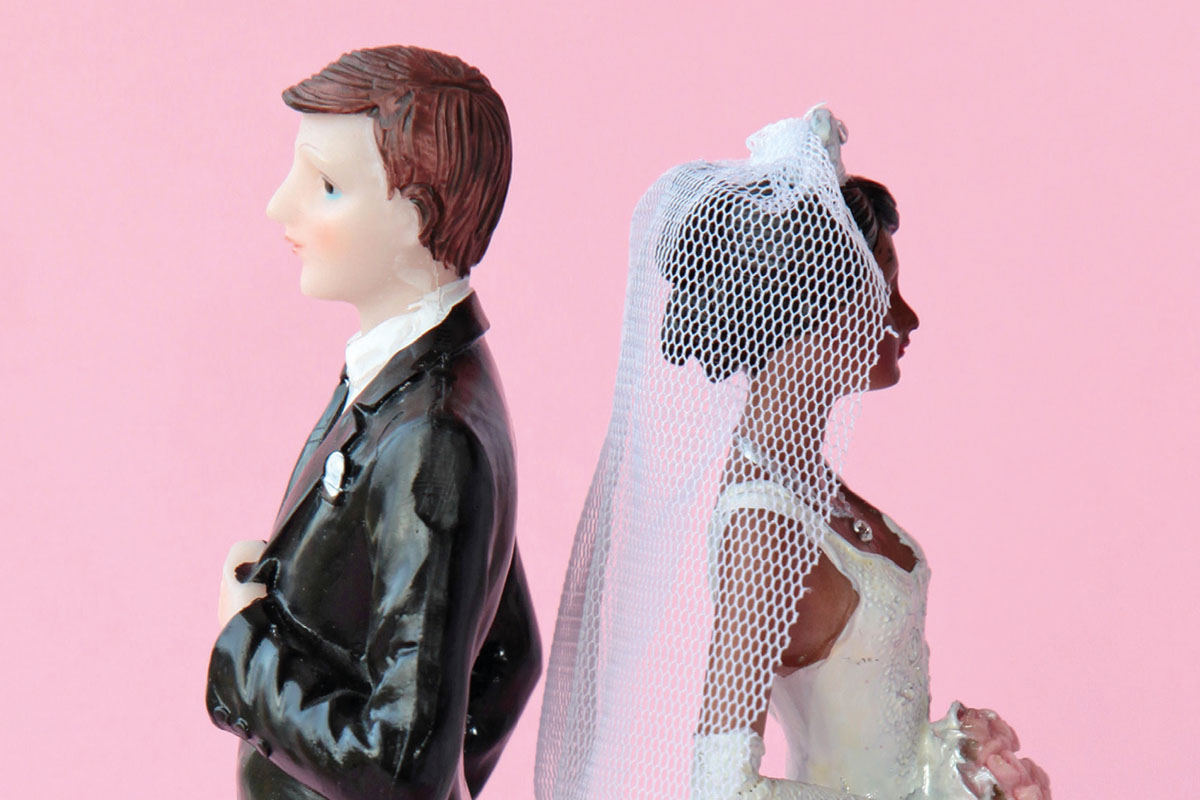 On the April 6th 2022 divorce law in England and Wales was overhauled and brought in line with many other international countries, simplifying the system so that blame does not have to be allocated and parties can rely on a simple statement from either one spouse, or both, that the marriage has broken down due to no fault of either party.

Removing the blame game during divorce
Previously, there was only one ground for divorce, that being that the marriage had irretrievably broken down. To satisfy the court of this, the Petitioner to a divorce had to prove one of five factors to file for divorce, being: adultery, unreasonable behaviour, desertion of two years, separation of two years with consent to divorce, and separation of five years without consent. In broad terms, blame must be attributed to the other party for the marriage break down unless a spouse was willing to wait for two years, still having to get the consent of the other, or five years with the risk of defences being raised. This resulted in both parties getting off on the wrong footing, with parties blaming the other for the breakdown of the marriage and, therefore, setting a hostile tone from the outset of the proceedings.

On April 6th 2022, the Divorce, Dissolution, and Separation Act of 2020 came into force. This means a simple statement from either one spouse, or both, that the marriage has broken down due to no fault of either party, has been introduced.

But why the change?
Divorce law in England and Wales has long been considered outdated. The previous legislation was over is over 50 years old and requires specific reasons for the divorce, when all too often it is the case that there are no definable or quantifiable reasons for the breakdown of a marriage.

Divorce, Dissolution, and Separation Act of 2020 – what are the benefits?
• You will no longer need to satisfy the Court that the marriage has broken down by proving one of five ‘facts’ of divorce. Instead, the provision of a statement of the irretrievable breakdown of the marriage on a ‘no fault’ basis will now be available, and for the first time, couples can opt to make this a joint statement.

• Removing the option of one of the parties seeking to contest the divorce. It cannot be defended on the basis of irretrievable breakdown.

• The introduction of a minimum period of 20 weeks from the start of proceedings, to confirmation from the Court that a conditional order (formally referred to as ‘Decree Nisi’) of divorce may be made.

• Enabling couples to jointly file for divorce, instead of bringing proceedings against the other.

These changes also apply to the dissolution of civil partnerships.

The future for divorce
This legislation ushers in the removal of the ‘blame game’ between couples and will help to end a marriage more amicably and peacefully. It is hoped that, without the ‘blame’ culture, legal costs will be lower for clients and proceedings less damaging. This law is expected to be beneficial to children also, who are often caught in the middle of their parents’ divorce, thus easing the possibility of unnecessary conflict between parents.

Some argue that removing the ‘blame game’ in divorce proceedings will cause divorce rates to escalate. They state that there has been evidence from other countries, who have adopted similar procedures, that divorces initially increased. However, they report that this increase then fell off with divorce rates returning to normal.

Does the 2020 Act do enough?
The Divorce, Dissolution, and Separation Act of 2020 is a breath of fresh air, updating previous divorce law which harped back to an entirely different era. The new legislation allows parties to more amicably divorce and reduces the need for a ‘blame game’ between parties, leading to more peaceful proceedings. On balance, however, more could be done and although this legislation provides much needed change, until reforms are made as to how finances and children matters are resolved upon divorce, this may just be a sticky plaster which fails to address the bigger issues that arise upon divorce.

If you would like more information about divorce or family law matters please get in contact enquiries@dmhstallard.com

So, you have some available cash but what to do with it? How to make it work? The bank is a waste of time, ISAs can work but are they...

97 The importance of staff training from the very first day

Recruiting good staff, especially if you are an SME, can be expensive and time-consuming. But all that painstaking work can be wasted...

Many people are unfamiliar with the fact that the history of female entrepreneurship reaches far back into the past, as far back as...