A thriving art scene, a history steeped in sci-fi, award-winning architecture and a huge regeneration project which will mark it firmly on the map; what’s not to love about Woking. 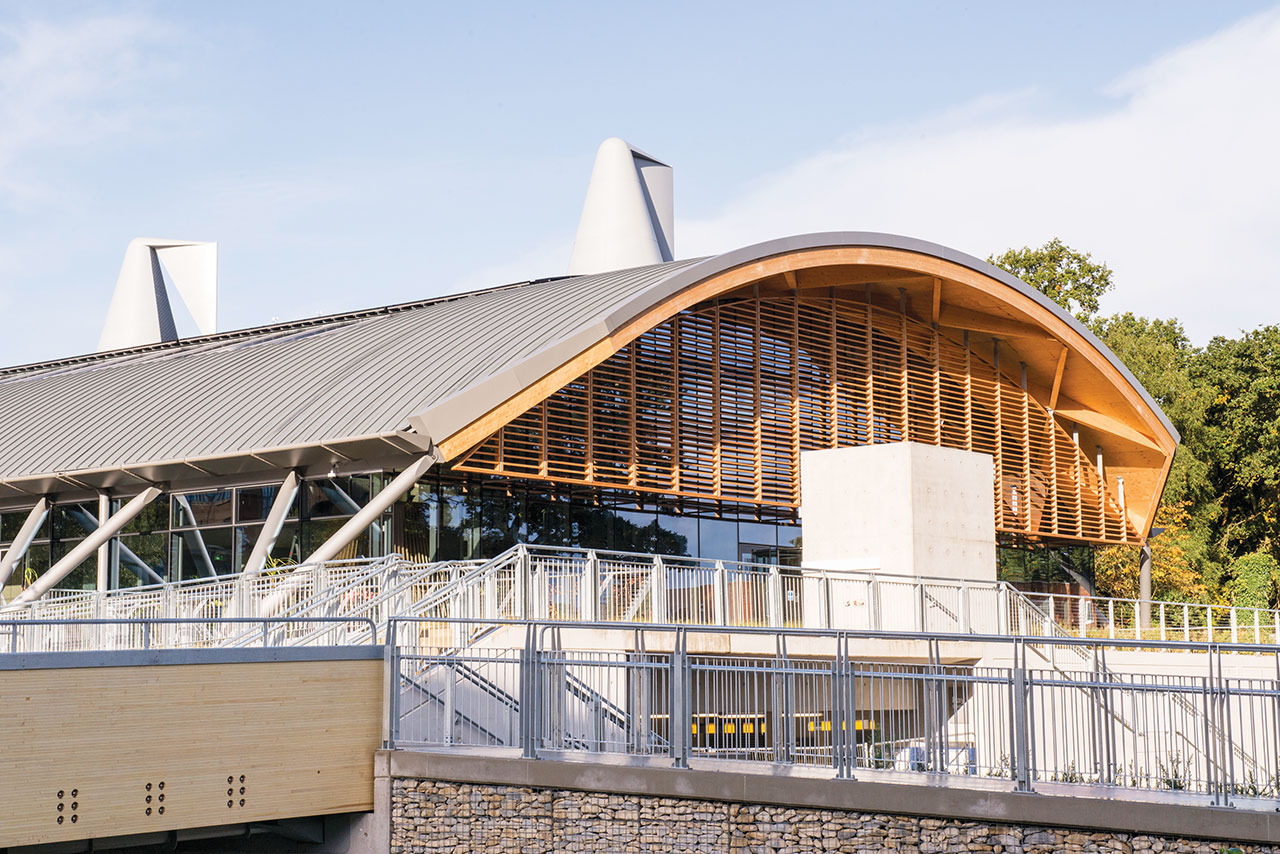 Woking will meet its future in 2020 with a construction of a £460 million flagship high-rise development scheme now underway. This landmark development of Victoria Square will contain more than 125,000 sq ft of retail space, along with 429 flats, a multi-storey car park, a medical centre, a 189-room Hilton hotel and two public plazas. Plans follow the previously transformed Jubilee Square, a new public space redeveloped in 2012 to mark Her Majesty the Queen’s 60-year reign. This new area of development has transformed what was previously faded public space to a now vibrant retail experience, including two refurbished shopping centres nearby.

“The biggest focus is on improving and developing Woking town centre with the next stage of redevelopment,” says Cllr David Bittleston, Leader of Woking Borough Council.

“One key thing was that Woking was looking old and tired. We made the courageous decision to buy the Wolsey Place Shopping Centre and Peacocks during the recession, and with a £10 million council investment, along came new shopping fronts, new paving and landscaping, which led to new commercial businesses moving in such as M&S. Suddenly Woking became an exciting place to live! This is the catalyst that makes businesses come to Woking,” adds Cllr David.

“As well as the Victoria Square redevelopment, we are currently undertaking huge regeneration at Sheerwater; investing in two new leisure centres, a swimming pool, an eight lane athletics track and a new gymnastics club, along with 1300 new homes. I visited the athletics track recently and it’s fantastic, not olympic size but not far off.”

Situated northwest of Surrey, Woking is part of the London commuter belt and has one of the busiest railway stations in Surrey, with direct trains to London Waterloo taking just under half an hour. It also provides direct fast links to international ferry ports at Portsmouth and Southampton. The M25, M3 and A3 are each within ten minutes drive of the town centre, and with no major, heavily trafficked road going through Woking, it’s the idea town to do business in.

And a catalyst it is for businesses both large and small. Cllr David comments: “We have a Growth Incubator based in Export House (originally known as the BAT Building during its tenancy by British American Tobacco). It’s a place where start-ups or small businesses can rent a desk with full IT and telephone services. It’s an excellent resource for growing businesses.” And for bigger businesses? “We believe big businesses will come to Woking if the infrastructure is right.”

Quite evidently, the infrastructure is right. Global firms such as McLaren Technology Group and the brewing brand Asahi UK have their headquarters here. Tante Marie Culinary Academy, the UK’s oldest independent cookery school, and the first to ever offer a Cordon Bleu Diploma is based here. World Wildlife Fund (WWF-UK) is located in the award-winning Living Planet Centre, and the Ambassador Theatre Group, who own Woking’s New Victoria Theatre, have their headquarters here.

The New Victoria Theatre was described by Cllr David as the “jewel in our entertainment crown and the best regional theatre outside of London” - and regularly plays host to the Royal Shakespeare Company, the Royal National Theatre and Glyndebourne. International musical delights such as Cats, Chicago and Miss Saigon have also been hits at its box office.

The Lightbox is another exciting public space, opened in 2007. A public gallery and museum, The Lightbox is located on the banks of the Basingstoke Canal and was designed by Marks Barfield Architects who designed the London Eye and the Brighton i360. In 2008 it won the Art Fund Prize Museum of the Year award and in 2016 it was awarded a Green Tourism silver award. The Lightbox hosts around 20 temporary exhibitions per year, the majority of which are devised in-house and have included works from Damien Hirst, Andy Warhol. Renoir and Constable.

With price increases in West London having fuelled the ability for a two bed house in Putney to be on par with a four bed house in Woking, it’s no wonder that Woking has become a rather desirable place to settle. But with houses prices on the up within the London commuter belt, Woking’s property market is being driven by excellent transport links and good quality of life, and so in order to meet the demands Woking council is planning to build higher and more densely in Woking.

AT THE LIGHTBOX: LOOK OUT FOR: Turner in Surrey An exhibition exploring J. M. W. Turner’s work produced on his various travels, stops and periods of residence on the Thames, Wey Navigation and in the county of Surrey. From now until – 4th March 2018