This 2.5-ton, 17ft rocket would have been built by Isambard Kingdom Brunel were he still alive.

READ NEXT
Has The Apprenticeship Levy missed the mark? 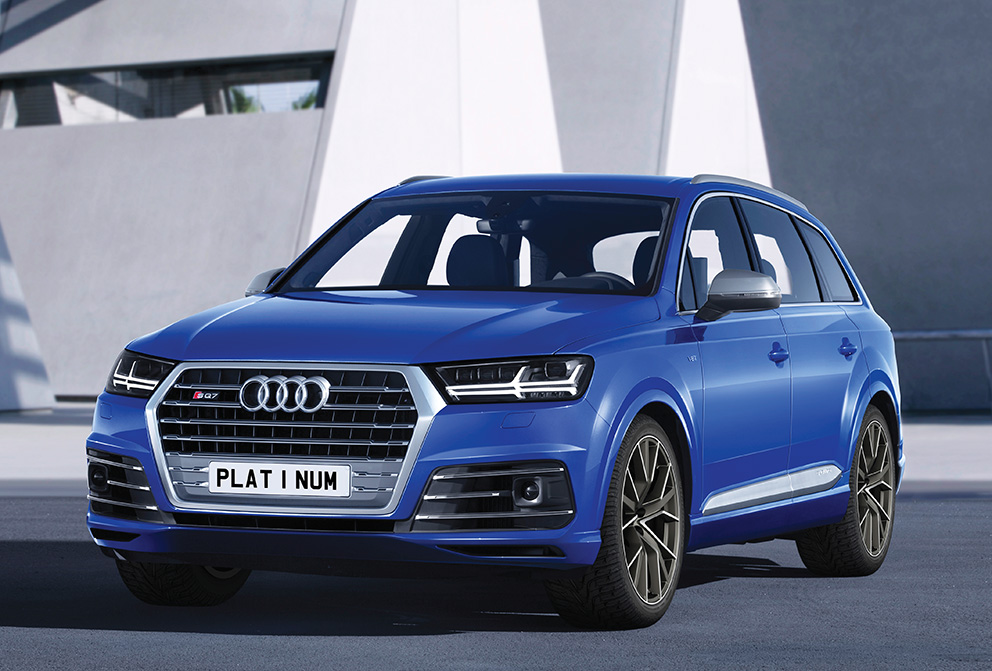 This top of the range Q model from Audi is so packed with stuff that it is a surprise it accelerates. It seems a little like a lesson in how to take everything you have in the parts bin and stuff it into one car.

This 2.5-ton, 17ft rocket would have been built by Isambard Kingdom Brunel were he still alive. Technically, this is a feat of engineering rarely surpassed and making this behemoth get to 60 in less than five seconds really is quite a feat. The 4-litre V8 under full acceleration feels like the tarmac would ripple backwards rather than the car moving forwards. You get twin sequential turbochargers and then something they call an electrically powered compressor that forces air into the cylinders and this EPC fills the lag that often comes with such turbo technology. I don’t really have the space here to list the rest of the tech gizmos but suffice to say that if they could dream it, they did and then stuffed it into this car.

It corners pretty damn flat for such a high car, goes like stink off the line with a satisfying growl, will storm up Ben Nevis and has seven seats. All it needs is a teasmade and you are hot to trot. When they mentioned that it develops 429bhp and a monstrous 664lb ft., l thought it churlish not to test it and good grief, they are right. It is blisteringly fast, sounds like heaven on toast and will stop on a dime. Even more impressive when you recall it weighs in at 2.5 tons. And, like the standard Q7, it offers four-wheel steering as an option. But unlike the lesser model, the SQ7 gets a specification that can also include an optional torque vectoring, sport rear differential for its Quattro four-wheel drive system and the electromechanical active roll cancellation system.

Inside you get superb quilted leather and the brilliant Audi virtual cockpit that allows you to customise the dials, and just about everything else, and places the Satnav on the 12.3 inch screen and in the centre of the dial cluster. This first appeared in the new TT and l fell in love with it instantly. It is as close to a head-up display as you can get but for good measure they stuck a HUD in as well. If you get lost in this car you really are a total prat. And then there is the embedded SIM card that delivers internet services and comes with three months of free data. Audi Connect offers Google Earth and Street View, news, weather and traffic plus oodles of entertainment functions. Take the B&O 3D surround system and the cabin will fill with 1920W of musical heft.

The drive is relentless as there is so much power on tap that it feels as if you will never run out, and keep the right foot buried and it will just keep going and going and going until you either run out of courage, road or planet.

Competition comes in the form of the full fat Range Rover and the ‘ugly as sin’ Porsche Cayenne Turbo and it is quieter, cheaper, efficient, more easy-going and comfortable than either and, believe it or not, this is circa £21,000 cheaper than both of them. So, would you like a blistering, growling V8 behemoth with the best dash in the world and £21,000 spondoolies in your pocket. Of course you would.

The Guildford College Group is the largest provider of Further and Higher Education in Surrey, enrolling around 7,000 students every...