Frankfurt set to benefit from Brexit 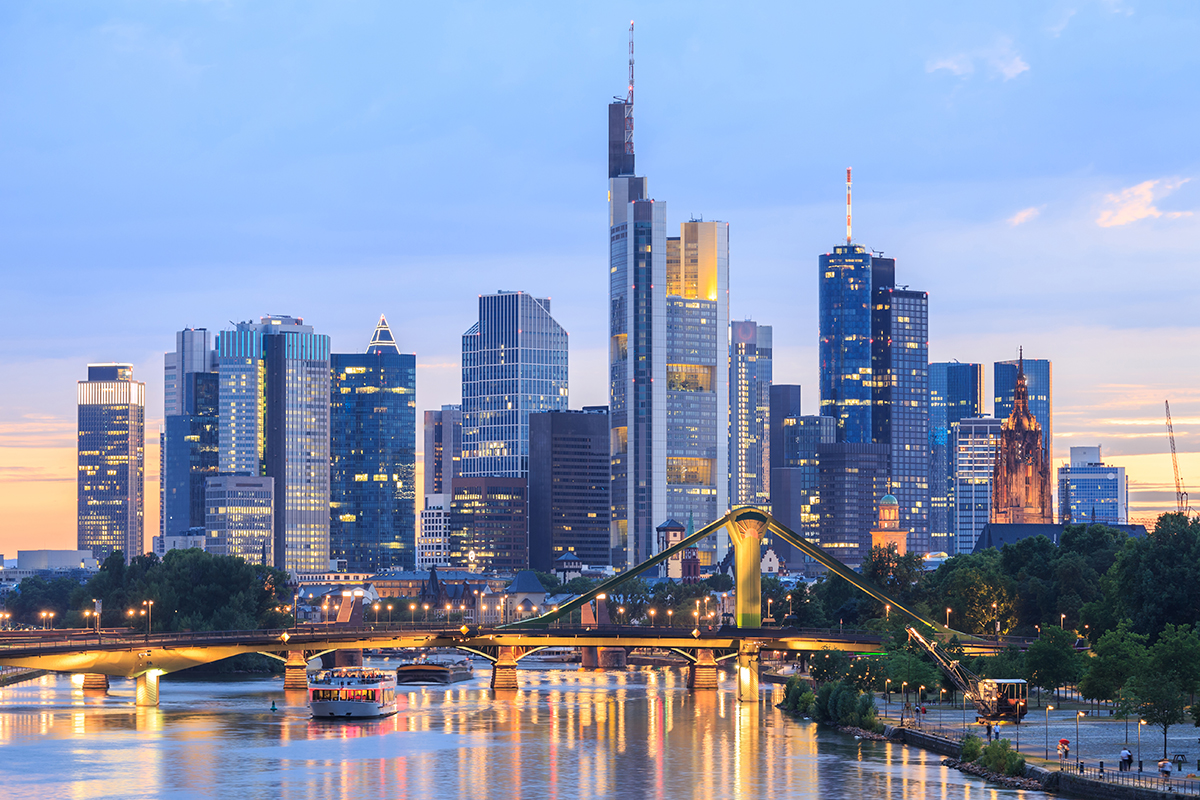 The view from the 56th floor of Frankfurt’s 200-metre-high Main Tower lacks a little character. The satin ribbon of the River Main, and a few leafy spaces add some variety to the blanket of skyscrapers and neutral-toned rooftops. It’s the kind of cityscape you would expect from Germany’s financial powerhouse. It could have been a very different view if history had allowed. Frankfurt once boasted the largest medieval centre in the country before it was destroyed during the Second World War. Of the 1,500 wooden-framed buildings that existed, just 11 were still standing after the air raids.

However, down on the ground, the city’s past has been resurrected. Last September, the reconstruction of 35 timber-framed buildings in Frankfurt’s historic quarter was completed – 15 of them are exact replicas built to the original blueprints, including the ornately carved, gold-gilded “house of the golden scales”. Housed inside them are a reconstructed butcher’s shop, pharmacy and “chicken market”, several boutiques and cafés and, above street level, 80 apartments, sold via a public lottery. Priced at a maximum of €8,000 per square metre, the apartments were snapped up four years ahead of their launch. Frankfurt’s attempts to restore its city centre to its former glory andmake it more “liveable” for its citizens is an interesting architectural experiment, and has already worked wonders in terms of boosting tourism. It reflects the city’s focus on enhancing its life-style offering – particularly important at a time when it could be about to welcome a slew of new residents.

According to recent reports, there are 19 high-rise buildings under construction in the city with 26 more being planned. These mixed-use developments are intended to make Frankfurt more competitive against the likes of Paris and Amsterdam as a covetable lifestyle destination – something that should not be underestimated when employers are trying to convince employees to up sticks from London. And while home to world-class museums and an underrated culinary scene, it’s fair to say Frankfurt isn’t somewhere most people dream of living.

If Brexit goes ahead on schedule, according to one lobby group, the UK will lose up to £700 billion in assets to Frankfurt by next month. As banks reshuffle their operations before Brexit day, Frankfurt Main Finance forecasts that 30 financial heavyweights will make the German city their new EU headquarters – including Lloyds, Standard Chartered, Credit Suisse and Citigroup. It’s an interesting time for Frankfurt, and such a mass-movement of wealth and people, gleaming new facilities and cultural enhancements could see it become a much more aspirational destination for international talent.

Aside from the developments taking place, Frankfurt already has the clout of being a leading European business hub, and a destination for international meetings and events. Its airport is the best connected in Europe, and the fifth best connected in the world. The sprawling Frankfurt Messe is one of the largest convention centres on the planet. Its city centre is compact and walkable, with a healthy stock of stylish high-end hotels. The Rheingau wine region – producer of exquisite Reislings – is just 40km away, its rolling green landscape dotted with storybook castles.

From a financial perspective Frankfurt is already home to the European Central bank, and the continent’s third-largest stock exchange. As with many banking hubs, this has spurned a thriving fintech scene, which in turn is cultivating a startup community that could eventually rival Berlin and Munich if things continue. Recent success stories include Farmako (farmako.de), a medical cannabis distributor that secured a seven-figure angel investment to fuel their growth across Europe (the European cannabis market is set to grow ten-fold over the next ten years, reaching a €55.2 billion).

With so much in the pipeline, Frankfurt looks set to not only advance as a financial epicentre, but with boosted credentials as a cultural destination. If that’s the case, the city could be attracting new kinds of talented expats over the years to come.

25 Hours by Levi’s
Located next to Frankfurt’s Main station, this edgy property, with eye-popping interiors partly designed by the clothing brand, has two event rooms that can be combined to host 100 people for intimate networking events.

Messe Frankfurt
With 400,000 sqm of event space spread across 11 halls, plus 59,500 sqm of outdoor space, this gargantuan venue is said to have hosted the oldest world trade fair on record in the year 1150.

Grandhotel Hessischer Hof
Furnished with antiques and sumptuous fabrics, this elegant fivestar property with 11 meeting venues has a beautiful “Winter Garden” lounge, a great spot for a coffee meeting.

Situated just ten minutes from Frankfurt Messe by S-Bahn, this business-friendly 371-room property has 13 meeting spaces of its own, the largest of which can host 700 people for a reception.

Sheraton Offenbach Hotel
A 15-minute taxi ride from the airport, this modern property has 12 spaces for meetings and events. These include an 18th-century palace directly connected to the hotel, which can accommodate 450 people.

Jumeirah Frankfurt
This contemporary five-star hotel is moments from the Zeil shopping street in the heart of the city centre. It has 218 high-tech rooms and its Crystal Ballroom has more than 105,000 crystals embedded in its ceiling.

14 The One Minute Manager

With over 15 million copies sold, The One Minute Manager® is one of the most widely read business books ever published. Since its...