The One Minute Manager

An interview with Ken Blanchard

Great companies treat their people as their number one customer. If you empower your people, train them, and love them, they will take care of the second most important customer – the folks who use your products and services

READ NEXT
The Governess of the Bank of England? 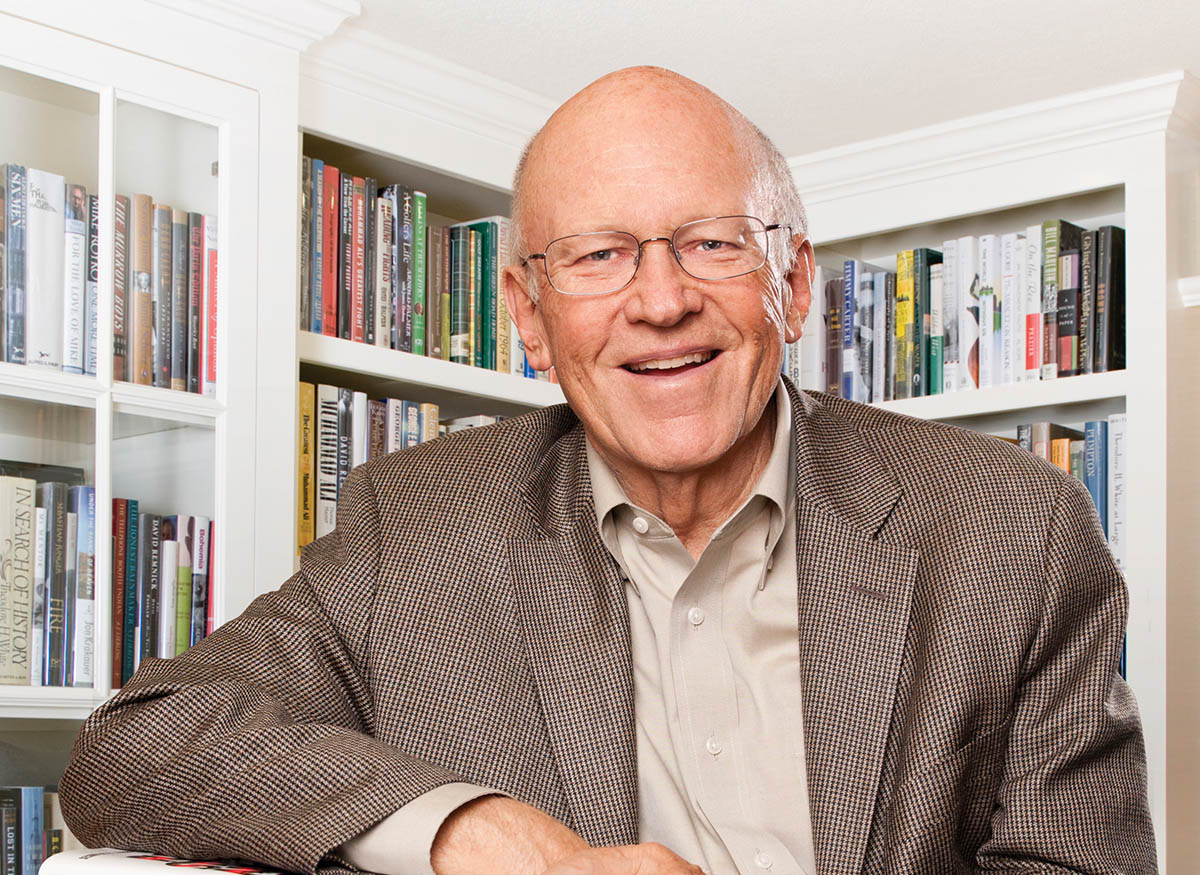 With over 15 million copies sold, The One Minute Manager® is one of the most widely read business books ever published. Since its release, leadership expert Ken Blanchard has coauthored more than 65 other books with combined sales of over 23 million copies in 47 languages

Perhaps it was its brevity. Maybe it was its simple message. Whatever the magic ingredient, The One Minute Manager was a breath of fresh air when it was first published in 1982 – a welcome alternative to weighty tomes on management techniques. Updated in 2015 as The New One Minute Manager®, the book still appears on bestseller lists and leaders at every level continue to sing its praises.

The One Minute Manager, coauthored by Spencer Johnson, centres on a young man who is in search of an effective manager – someone who can inspire him and get results. To the young man, most managers seem to be autocratic (poor personal skills, only care about results) or democratic (great with people, poor with results). Then the young man meets The One Minute Manager, who uses a simple but effective method comprising Three Secrets: One Minute Goals, One Minute Praisings, and One Minute Re-Directs (formerly One Minute Reprimands). The manager is interested in people and results—so both the people and the organisation benefit from his management.

Despite the book’s simplicity, its management philosophies had been honed along Blanchard’s journey from tenured professorship at University of Massachusetts to the cofounding in 1979 of The Ken Blanchard Companies®, a globally recognised leadership training and development organisation.

Blanchard holds the position of Chief Spiritual Officer and maintains an active work and travel schedule with the organisation, which celebrates its 40th anniversary this year. Its innovative leadership development programs are designed to transform not just manager and employee relationships but entire organisations. With both face-to-face and virtual training sessions, self-paced elearning modules, coaching, keynotes, and public workshops, The Ken Blanchard Companies offers proven solutions for the most critical challenges facing today’s workplaces.

Blanchard and his wife, Margie, set three simple goals when they founded the company: to make a difference in  people’s lives, to drive human worth and effectiveness in the workplace, and to help each organisation they work with become the provider, employer, and investment of choice. Those goals are still in place today.

Surrey Business Magazine caught up with the inspirational business leader to find out more about his influential career.

Surrey Business Magazine: Ken, ever since you coauthored The One Minute Manager, people have seen you as someone who can take complicated topics and break them down into concepts that are easy to understand and remember. What originally inspired you to write the book The One Minute Manager?

Ken Blanchard: The story reminds me of what John Lennon once said: “Life is what happens to you while you’re busy making other plans.” My wife, Margie, and I were at a cocktail party where Margie struck up a conversation with Spencer Johnson. Spencer had written a series of children’s books called Value Tales, which included titles like The Value of Honesty: The Story of Abe Lincoln and The Value of Determination: The Story of Helen Keller. Margie hand-carried Spencer over to me and said, “You two ought to write a children’s book for managers. They won’t read anything else.” Shortly thereafter, we started writing The One Minute Manager. Since Spencer was a children’s book writer and I’m a storyteller, we decided to write it as a parable—which ended up being a good decision.

SBM: That book was published 37 years ago. Do the principles of management remain the same?

SBM: Through your work, you’ve probably influenced millions of people around the world to be better managers. Can anyone be a great manager?

Ken: Anyone who’s open to learn can become a manager, as long as they have the capacity to get out of their own way once in a while—and to focus more on other people than on themselves.

SBM: How did you end up with the title of Chief Spiritual Officer?

Ken: A number of years ago, Margie was head of a department in our company called “Office of the Future.” They studied future trends so that we wouldn’t be caught napping when important things happened in our industry or in the world. One of the topics they studied was about creating spirit in the workplace. I thought that was an exciting concept and decided I’d be the Chief Spiritual Officer.

SBM: So what does create spirit in the workplace?

Ken: What really creates spirit is an environment where people feel involved, appreciated, and cared for. Great companies treat their people as their number one customer. If you empower your people, train them, and love them, they will take care of the second most important customer—the folks who use your products and services. Those people then become raving fans and part of your sales force. That takes care of the profits—and the shareholders.

SBM: Talk about the morning message you send to everyone in your company every morning.

Ken: First, I tell people who we ought to pray for. We have a very diverse workforce but nobody objects when I say, “Mary’s mom is hurting and Mary’s really concerned, so let’s send our love and our prayers to Mary and her mom.” Second, I praise people. Of everything I’ve taught over the years, my favorite thing is to catch people doing something right and give them a One Minute Praising. Then I tell a story, read a poem, or leave a positive thought for the day. I’m told this helps people feel more connected, especially since so many of our people work remotely.

SBM: Ken, you’re an author, a speaker, and a business consultant who is still actively working even though you will celebrate your 80th birthday this year. What do you enjoy doing when you’re not working?

Ken: I love hanging out with my wife, Margie. We’ve been married 57 years and she’s my best friend at work and at home. I also love playing golf and watching college basketball.

SBM: Why should leaders take a training course from The Ken Blanchard Companies®?

Ken: We offer common sense training programs that help leaders make a difference in their organisations, with topics like customer service, coaching, trust, motivation, change, teams, and self leadership. There’s also a First-time Manager training program for people who are new to management—and SLII®, the most widely used leadership model in the world. Some companies make their leadership training programs too complicated, but our programs are organised around common sense. They’re like most of the books I’ve coauthored—full of simple truths and concepts that people can easily apply to their work and life.

SBM: This year your company is celebrating its 40th anniversary. What is your vision for the future of the company?

Ken: Well, of course, I hope the company is around forever. I mean, 40 years! Not even 5 percent of companies last that long. My vision is that this company isn’t dependent on me or anyone else and that our leadership concepts will go on forever—The Ken Blanchard Companies will continue to help leaders make a difference in the world.

If you would like to learn more, visit www.kenblanchard.com

14 The Commercial Park Group invests in Sussex and Surrey

The London-based Commercial Park Group (TCPG) develops and delivers leading commercial sites across the capital and they are about...