The Commercial Park Group invests in Sussex and Surrey

John Baker’s desire to innovate remains as strong as ever 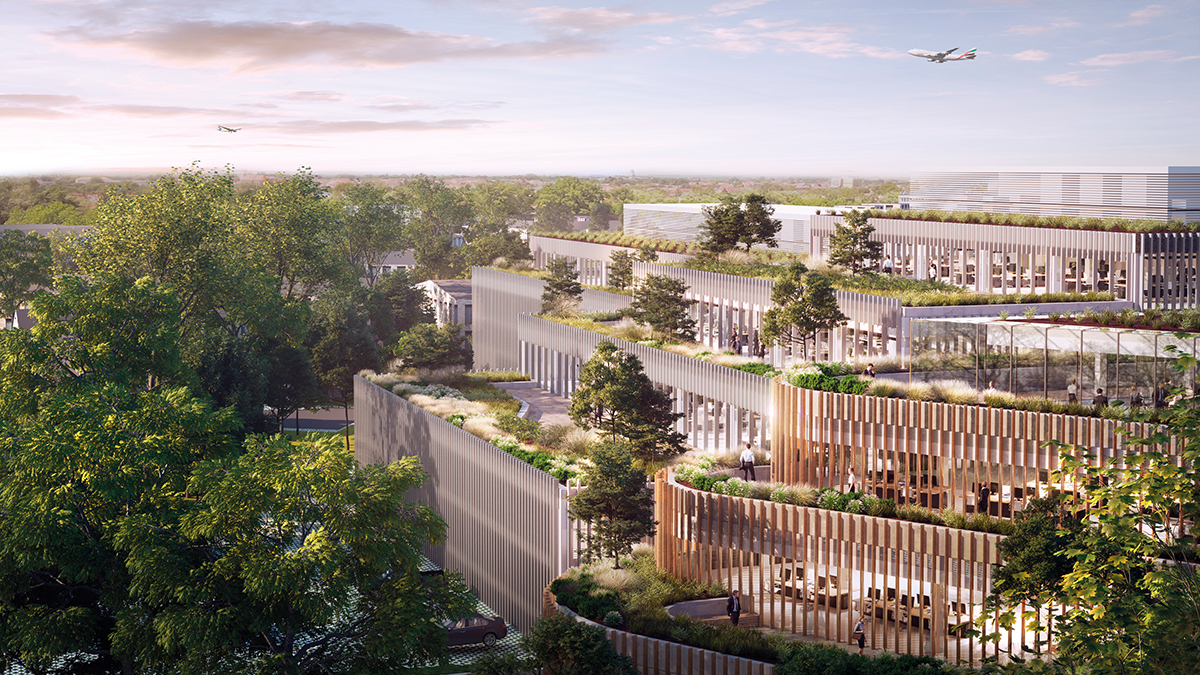 The London-based Commercial Park Group (TCPG) develops and delivers leading commercial sites across the capital and they are about to make a significant impression within the Sussex market, with two major office developments in Crawley and Haywards Heath.

One of the groups brand ethos is the development of office space with great attention to the health & wellbeing of the occupants to enhance employee satisfaction and helping them to find ‘zen’ in the office.

TCPG is the latest venture from renowned property developer and investor, John Baker who has been at the forefront of the property sector for over 50 years. His historic venture was the boutique Baker Lorenz property agency in London that over three decades, developed just about every major site across the capital and their development in Hanover Square in London’s West End was the first building to break the £100 per sq. ft. threshold. John has now turned his sights to Sussex with two major developments that bring first-class A grade office accommodation to the region in partnership with Sir Robert McAlpine, the building and civil engineering company that contribute their outstanding global technical expertise to the projects.

Over lunch in the Westbury Hotel in central London, John stated: ‘We have been developing in London for many years and there is now a great need to look outside of the capital, and Sussex was the obvious choice for companies wishing to relocate. We see a huge opportunity in Haywards Heath, which is an incredibly well-connected town that benefits from being in a beautiful location and a dedicated and well-educated workforce. The problem to date has been that many office buildings in the area are no longer fit for purpose and therefore large international companies have until now been searching elsewhere to set up their headquarters. This is soon to change.”

The HH site has now gained full planning permission and will offer 65,000 sq. ft. of grade A office space, catering to major international companies looking to move their operations to beautifully designed locations outside of central London. Their intention is to deliver a fresh mode of working and set a new benchmark for office accommodation in the South East, aimed at meeting the exact requirements of large corporates. The site is 500 metres from the train station and forms the western side of Perrymount Road, the commercial artery within Mid Sussex.

The group’s second site, Gatwick Park, is on Gatwick Road in Crawley in the heart of the Gatwick Diamond region and Manor Royal, with Phase 1 comprising 110,000 sq.ft. of contemporary office space and Phase 2, offering a further 57,000 sq.ft. Such has been the overwhelming positive response to the plans, that adjacent sites are being considered as possible collaborative schemes with Gatwick Park. It is generally understood that this development will create some of the finest workspace in the region that will act as a magnet for large companies.

There has long been the feeling that large corporates have tended to only consider London for their headquarters but with space in the capital being in very short supply, with costs that are rocketing to untenable amounts, Sussex is the obvious choice for relocation. Not only does the region have the available space but being surrounded by a well-skilled workforce, beautiful countryside and great transport links, it is about time that a major developer, such as John Baker, recognised this untapped potential. John has not only recognised this but is proceeding with pace and great sensitivity to the working environment – something this publication has been deeply involved in with our Vitality Health & Wellbeing in the Workplace features in an attempt to curb the £100 billion a year lost to the economy by avoidable absences.

This starts with the working environment and TCPG, in partnership with one of the country’s most innovative architectural practices, Urban Infill, led by Founder, Ian Dollamore will deliver these projects. Ian’s focus is on maximising the potential of properties and development sites within the context of their surroundings and creating an environment that is conducive to the wellbeing of the occupants. Ian honed these impressive skills whilst working on the Duchy of Cornwall’s renowned project, Poundbury in Dorset, that had a rather demanding royal boss!!

The group has appointed Stephen Oliver of Vail Williams along with JLL and CrickMay to strengthen the team, and Stephen commented: ‘It is great to be appointed to represent TCPG on the Haywards Heath project, following on from our appointment to their Gatwick Park project last year. We are seeing a growing appetite for investment in the area and we believe that these projects represent the very best HQ-style space the South East has to offer.’

Sir Robert McAlpine, having delivered the Olympic Park, the 02 Arena, the Eden Project and Victoria Square in Woking will now bring their considerable talents to bear on the TCPG projects thus ensuring that our region will now see the development of some of the most prestigious and well-designed office accommodation in the country, that will eventually deliver more than 2 million sq.ft. of workspace across the region, with a value, in excess of £2 billion.

14 The One Minute Manager

With over 15 million copies sold, The One Minute Manager® is one of the most widely read business books ever published. Since its...