The benefits of a self leadership culture

READ NEXT
Scale up 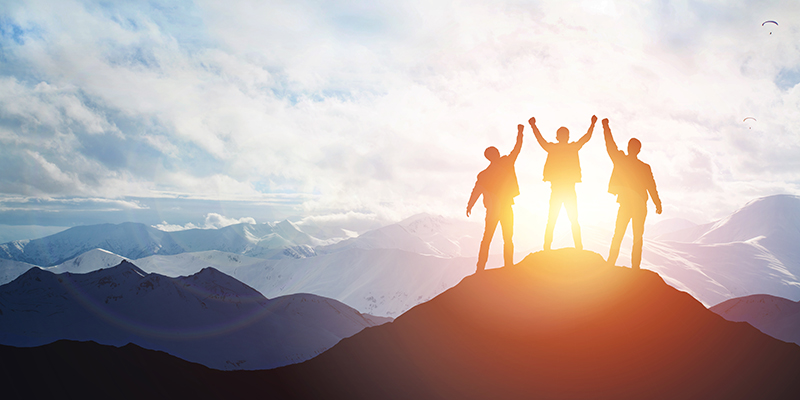 A new study conducted by The Ken Blanchard Companies® with 1,300 people in managerial and non-managerial roles found important correlations between an individual’s identification as a self leader and positive work behaviours.

• Self leaders are more likely to expend discretionary effort on behalf of their organisations.

• Self leaders are more likely to have positive feelings about their jobs.

For organisations looking to create a culture of self leadership in their organisations, Susan Fowler, bestselling coauthor of Self Leadership and The One Minute Manager, and one of the lead researchers in the study, recommends that everyone - regardless of their position in an organisation - learn the skills necessary to become a self leader.

“The research shows that frontline people are essential to making initiatives work, whether it’s implementing a change or a customer service program. Organisational leaders have to depend on those self leaders to make it happen.”

The mindset of a self leader includes three attitudes:

Challenge Assumed Constraints. For individual contributors to evolve into self leaders, they need to challenge their assumed constraints every day at work, says Fowler. For example, if you assume that no one will listen to your idea because you tried once and were rejected, you seriously limit your ability to effect positive change.

Activate Points of Power. To be a self leader, you need to recognise and leverage the power you have instead of focusing on power you don’t have.

Fowler explains that people often point to a lack of position power (having a position of authority to allocate budget and make personnel decisions) instead of recognising four other types of power they could leverage.

• Task power: The ability to influence how a job or task is executed

• Personal power: Having interpersonal and leadership skills, passion, inspiration, or a positive personal vision of the future

• Relationship power: Being connected or friendly with people who have power

Be Proactive. Self leaders don’t always wait to be told what to do, says Fowler. Instead, they hold themselves accountable for getting what they need to succeed. They think for themselves and make suggestions for improving things in the department and in their roles. They conduct proactive conversations at every level of their development to solicit feedback and ask for direction and support.

With a proper mindset in place, Fowler says, people can begin to develop a three-part self leadership skillset.

Setting Goals. First, self leaders take the lead to make sure their goals are specific, motivating, attainable, relevant, and trackable. If a goal lacks specificity, they seek clarification. If a goal is not attainable or relevant, they negotiate to make it more fair, within their control, and tied to the company’s metrics. If a goal is not optimally motivating for them, they reframe the goal so it is meaningful by aligning the goal to personal values or a noble purpose.

Matching. Finally, self leaders know how to ask their manager for the leadership style that matches their needs. After diagnosing their own competence and commitment on a particular goal, self leaders proactively ask for the direction (guidance and clarification) and support (listening and problem solving) they need to make progress on the goal.

Fowler points out that because individual contributors are often underdeveloped and sometimes neglected, they can become disengaged in their roles.  Organisational initiatives fail because the people responsible for implementing them don’t have the skills required to proactively reach their goals. Consider that 50% of employees feel their jobs are stagnant, and one out of three just do their jobs, nothing more (Source:  DDI Pulse of the Workforce Survey). Why is this the case?  We find that its largely due to the organisation’s lack of focus on this employee group.  “People who are empowered self-leaders are proactive self-starters who look for ways to make your organisation flourish,” she says.

Fowler and her research colleagues identify the most crucial element of successful initiatives to be the proactive behaviour of individual contributors chosen to carry out those initiatives. “Organisations would be wise to equip their employees with the mindset and skillset to diagnose their situation, accept responsibility, and hold themselves accountable for taking action,” says Fowler.

“If your people don’t reach their full potential, neither will your organisation. The bottom line depends on the front line.”

If you wish to receive a copy of the full white paper please contact uk@kenblanchard.com or visit www.kenblanchard.com/Resources to learn more about Susan’s research.

15 Stay in control of your business