Steps to building an effective team 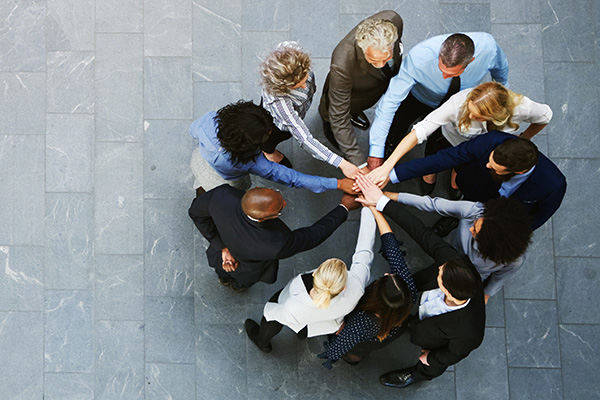 In today’s fast-paced business environment, organisations need their teams to start fast and get productive quickly. That can be a challenge if you don’t have a common language and process in place to launch and accelerate the growth of a team through these four stages of development: Orientation, when a team is just starting out; Dissatisfaction, when conflict inevitably arises; Integration, as the team begins to learn how to work with each other; and Production, when the fine-tuned team is achieving its purpose and goals.

At the Orientation stage, a team needs clarity and alignment. Team members are excited, but they also have a lot of questions. The team leader’s role is not only ensuring the team is aligned on its purpose, goals, and roles, but also providing clear objectives and norms around communication, accountability, and decision making.

Team members need to know what decisions the team can make and the process for making them, so that the team is able to move forward. Without a clear sense about where it is going and the process for getting there, a team can stall right at the beginning with an endless series of meetings designed for preparing to start.

The team also needs direction and discussion around problem solving. Team members need to decide how to solve problems together and how they will manage through some of the conflict that will occur. Having ground rules in place will help as the team moves into the latter stages of development.

At the Dissatisfaction stage, the team begins to experience conflict as team members present different ideas about how the team should work together. Conflict is a big derailer for typical work teams — many never progress to high performance because they can’t manage or communicate through that conflict.

At this stage, team members sometimes turn on each other — and even their leader. In response, leaders often revert to fight-or-flight behaviours, saying things like, “Knock this off, we’ve got to move forward,” or they ignore the conflict and hope it goes away on its own. In Blanchard’s Team Leadership program, leaders are taught how to approach conflict with an attitude of candour and curiosity. Candour helps people say what must be said. Curiosity helps people keep an open mind.

At the Integration stage, things are beginning to improve, but the team needs to keep talking. We teach team members to voice their concerns and share with the team what they’re thinking and observing.

This is about learning how to say something to the effect of “You know, I’ve been observing in our meetings over the last three weeks that none of us is offering any suggestions or options when questions come up. I’m wondering what we need to do so that people are more willing to share some of their ideas and solutions.”

Sometimes it feels a little scary to say; “Here’s what I think, and here’s why I think it,” but when you follow that with “What are your thoughts, and how might you address this?” you’re asking for everyone’s help — and that makes a big difference.

Accountability sometimes becomes an issue at this stage. We know teams are trust-based systems, not compliance-based systems. That means when a team has to accomplish something, a leader can’t just order the group to do it. Instead, the team has to know that they can trust one another to get the results they are jointly responsible for.

This is where having clear agreements about objectives and norms at the front end helps. Now people can ask “How are we doing with our norms?” This check-in process gives the team a way to openly talk about what’s happening and what might be getting in the way of the team’s ability to deliver results on time.

At the Production stage, the challenge is how to sustain high performance. This is about keeping the team nourished and growing. Don’t take the team for granted. The team leader needs to ask “Are we demonstrating the team’s contribution to overall organisational goals? Have we recognised and appreciated each team member’s efforts? What’s next for this team?”

The goal is to keep leveraging the team’s natural motivation to be a part of something bigger than team members’ individual agendas. If a team is not continually reengaging about why it exists, how it serves, and what it is doing, it can be hard to maintain cohesion and modify individual agendas for that bigger purpose.

Go slow to go fast
If leaders are matching what the team needs at each given point in time, the team is going to accelerate through the stages of development. The more broadly that is understood in the organisation by both team members and team leaders, the more you’re going to create an organisation where team performance is going to be at the top level. And if it means going a little bit slower in the beginning, rest assured it will pay off with additional speed and better results in the long run.

The speed of change in our organisations today is such that no one person can go it alone. We simply can’t accomplish everything that needs to be done, or gain enough skill or expertise to do it, by ourselves. Well-structured teams with a common language and process allow organisations to leverage the diverse skillset and different approaches available when you bring a group of people together to address common goals.

If you wish to learn more about The Ken Blanchard Companies’ research on team leadership, please contact uk@kenblanchard.com or visit
www.kenblanchard.com/Resources