Apple is the world’s first trillion-dollar company, a milestone reached under Cook’s watch. Over the past eight years he’s proven them wrong. 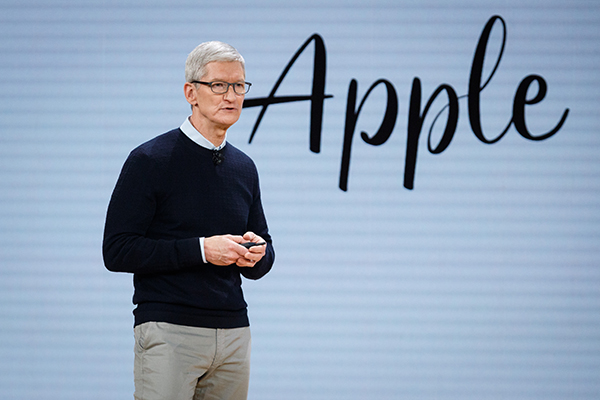 Whenever Steve Jobs took to the stage to launch a new Apple product, the world watched on in keen anticipation, waiting to discover what thrilling new invention was about to be revealed. Consumers across the globe raced to be the first to buy iMacs, iPods, iPhones and iPads - but with Jobs’ untimely death in 2011, the innovation conveyor belt stuttered and shuddered to a halt. Apple had seemingly lost its magic and the critics have circled like vultures.

But have tales of Apple’s demise been exaggerated? The company has seen a massive growth surge under the stewardship of Tim Cook, who may lack the extrovert showmanship of Jobs, but his tenure as CEO has been effective and hugely profitable.

In April of this year, an editorial in Wired by Leander Kahney made the bold claim that Cook is the best CEO that Apple has ever had, exceeding even Steve Jobs himself. So can Cook claim to be Apple’s greatest leader? If so, how will he tackle the challenge of keeping Apple ahead of its hungry rivals?

The Cook years
The timing of Kahney’s homage to Tim Cook was probably designed to offer a robust affirmation of his record as Apple CEO. Questions were being asked about the future direction of Apple and in January of this year, after a rare profit warning, the share price plummeted (although it has since regained momentum). Many observers worry about the over-dependence on iPhone. The iPhone accounted for 59.1% of Apple’s revenue in quarter four of 2018, but sales of the iPhone fell by approximately 15% compared to quarter four of 2017.

New iPhone releases have been expensive (the Apple Xs costs a whopping £999 on the Apple site), especially in countries struggling against the strong dollar, and many smart phone markets are saturated, with cheaper alternatives improving all the time. Added to this are the fears of a potential Trump-China trade war, which would leave Apple frighteningly exposed.

Peter Cohan at Forbes went as far as asking ‘Is Apple Becoming The Next IBM?’, which is a byword for faded glory.

If all is not well in the Apple orchard, why the Wired tribute to Cook? Kahney makes a convincing case: “Apple is the world’s first trillion-dollar company, a milestone reached under Cook’s watch. Cook has almost tripled Apple’s revenue. When he was appointed, industry analysts worried that Cook wouldn’t be able to increase revenue significantly because of the so-called ‘law of large numbers’, meaning that it’s one thing to add a few million to Apple’s bottom line, but billions would be near impossible. Over the past eight years he’s proven them wrong.

“Apple is thriving in every arena in which it competes – although demand for iPhones is slowing, 2018 sales were still an all-time record of 216 million units. The same year, it sold 43.5 million iPads and 18 million Macs.

“The Apple Watch is a big sleeper hit. It’s estimated to have sold more than 50 million to date which means that its unit sales are greater than the entire Swiss watch industry combined. And it will only become more dominant as Apple increases the number of health features.

“And, in terms of brand value, Cook is transforming Apple into a company with progressive values around inclusion, diversity and privacy, and is championing the company’s environmental initiative.”

Cook’s skill has been in expanding the reach of Apple and securing efficient supply chains, vastly reducing the operating costs for the business.

The Economist’s Schumpeter recounts a story which captures Cook’s forensic style: “Long before Tim Cook became Apple’s boss, when his job was to wring costs out of the company’s supply chain, he learned of a problem with a supplier in China. ‘This is really bad,’ he told his staff. ‘Someone should be in China driving this.’ Thirty minutes later he saw one of his executives sitting at a table. ‘Why are you still here?’ he asked quietly. The executive stood up, drove directly to San Francisco’s airport and bought a ticket to China.

“While Jobs, the irascible creative genius behind Apple’s bestselling products, stole the show, Mr Cook, who is both courtly and deeply private, plugged away behind the scenes to cement a relationship crucial to Apple’s soaring success: that with China.”

The worry now is whether the China relationship is too important for Apple.

Do new products matter?
There is an argument that Steve Jobs would have been more aptly described as Apple’s Chief Product Officer; an innovative genius who disrupted the world. He didn’t work alone - his prime creative partner was a fame-spurning Englishman, Sir Jonathan Paul Ive, better known simply as Jony Ive.

Pete Cohan describes their chemistry: “Mr. Ive and Mr. Jobs often ate together, feeding off each other’s ideas. Mr. Ive could translate futuristic concepts into physical objects with simplicity and sophistication. Mr. Jobs was the inspiration and the editor needed to bring these ideas to life.”

Now Ive has also departed. On June 27th he announced he was to leave the company to set up his own luxury design company, yet on the same day, the Apple share price actually increased. Not that this was a reflection of Ive’s undoubted ability - the shares rose because the markets detected a thawing in US-China relations at the G20 summit in Japan. However, the conclusion was clear. Losing a design guru mattered less than the state of global trading environment.

For years, Apple was all about exciting new must-have gadgets; physical items that were beautifully designed and packed with genuinely useful attributes. The problem is how do you keep creating revolutionary products that, most importantly, people will want to pay for?

The growth in the current market has shifted to services and subscriptions, and Apple is using its vast reach of its devices to leverage into these profitable markets.

Your money, your TV, your health
Tim Cook took to the stage in March for the biggest Apple event in recent years, but there was no new gadget on offer. The emphasis was focussed almost entirely on the big plans for Apple TV, wheeling out a host of American A-Listers in the process. Not everyone was impressed. 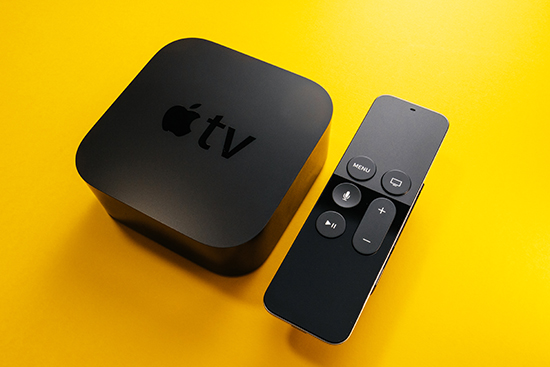 The Guardian’s Mark Lawson was scathing: “If the shows on Apple’s new TV service turn out to be as smugly evangelistic, self-indulgent and editorially undisciplined as the launch, then it will be very bad news for Apple subscribers and very good news for Netflix, the current market leader.

“The boring, sprawling 100-minute broadcast ended with Apple CEO Tim Cook tearing up as he delivered a namaste to Oprah Winfrey, the last of a string of A-list contributors, also including Steven Spielberg and Jennifer Aniston, who previewed shows they are making for the new Apple TV app.

“Apple has often seemed at risk of mutating from technology company to quasi-religious cult, and its full-scale entry to the TV content market went very close to full Media Moonie.

“… Not since the severe Scottish presbyterian John Reith tried to shape the BBC as a broadcaster that would be a moral force in Britain has a TV provider sounded so like a church.”

Apple TV is not a new innovation, but up to now it has been a neglected product. In 2007, when it was first unveiled, Steve Jobs, described Apple’s three core businesses as a the three legs of a stool, and he predicted Apple TV would become the fourth leg. Three years later, when reminded of this by journalist Nick Bilton, he denied ever saying it, and declared, “For us, Apple TV is just a hobby.”

Writing for Vanity Fair, after this year’s big launch, Bilton wondered if anything had really changed: “Apple [TV] still doesn’t appear to have a clear business strategy. While Apple is taking bigger bets and throwing more money at the problem—about $1 billion a year on original content, according to reports—that’s still about an eighth of what Netflix will spend this year, and about a fifth what Amazon plans to spend. If you’re Apple, with $250 billion in the bank, and you’re really truly trying to go after this space, why not spend ten times that on content? Why not buy Netflix? Why stick your toe in the water when you could jump in and make the biggest f***ing splash imaginable? It’s almost as if Apple is still treating the TV business like a hobby.”

The critics may be right. When Apple launched its iconic products, the market was there for the taking. The TV market is highly competitive, and NetFlix has already claimed a big chunk of the market. However the business model was described as “compelling” in the Economist, summising that: “Apple’s 900m iPhones worldwide, more than six times as many as Netflix has subscribers, grant it access to a massive potential audience. Analysts speculate that Apple will eventually offer them a variant of Amazon Prime, where customers pay a flat monthly fee for some combination of news, games, cloud storage, music and video, and which could possibly connect with the company’s iPhone subscriptions.

“Mr Cook stopped short of announcing a unique subscription service, promising instead to roll out five separate offerings, some of which are merely older services in nicer packaging. Together, they nevertheless threaten fellow tech giants, Hollywood and banks.

“Apple’s high-profile shows are for now meant chiefly to lure customers into its universe of apps and services. That includes subscription services for games, magazines newspapers, and pay-TV networks such as HBO. You can pay for it all using your new Apple Card, developed with bankers at Goldman Sachs”

“… Although Apple continues to earn most of its money from devices, its business in services is growing quickly, accounting for nearly $40bn of revenues in 2018. The new subscription offerings, which are easier to click and buy than their predecessors, should accelerate that trend. Analysts at Goldman Sachs reckon that Apple may convert 10% of the 85m monthly users of its free News app into paying subscribers.

“… Apple has hundreds of millions of customer relationships. With that comes the power to get more of their time and money, and to cut out competitors.”

Bilton asserts, “Now, everyone is competing for something more precious: time. As Netflix CEO Reed Hastings said recently, Netflix’s biggest competition isn’t necessarily YouTube or Disney or Amazon. It’s the video game Fortnite, which some 250 million people play. Tim Cook, too, is now fighting for our attention. In the digital age, that’s the only economic unit that matters.”

The vast army of iPhone/iPad users can consume their entertainment, news, education, health checks and music at the touch of button, saving on that elusive, and lucrative, time.

It seems that maybe Apple has a plan after all. As the Economist concludes: “Mr Cook may put on a lacklustre show, but his rivals had better watch him regardless.”